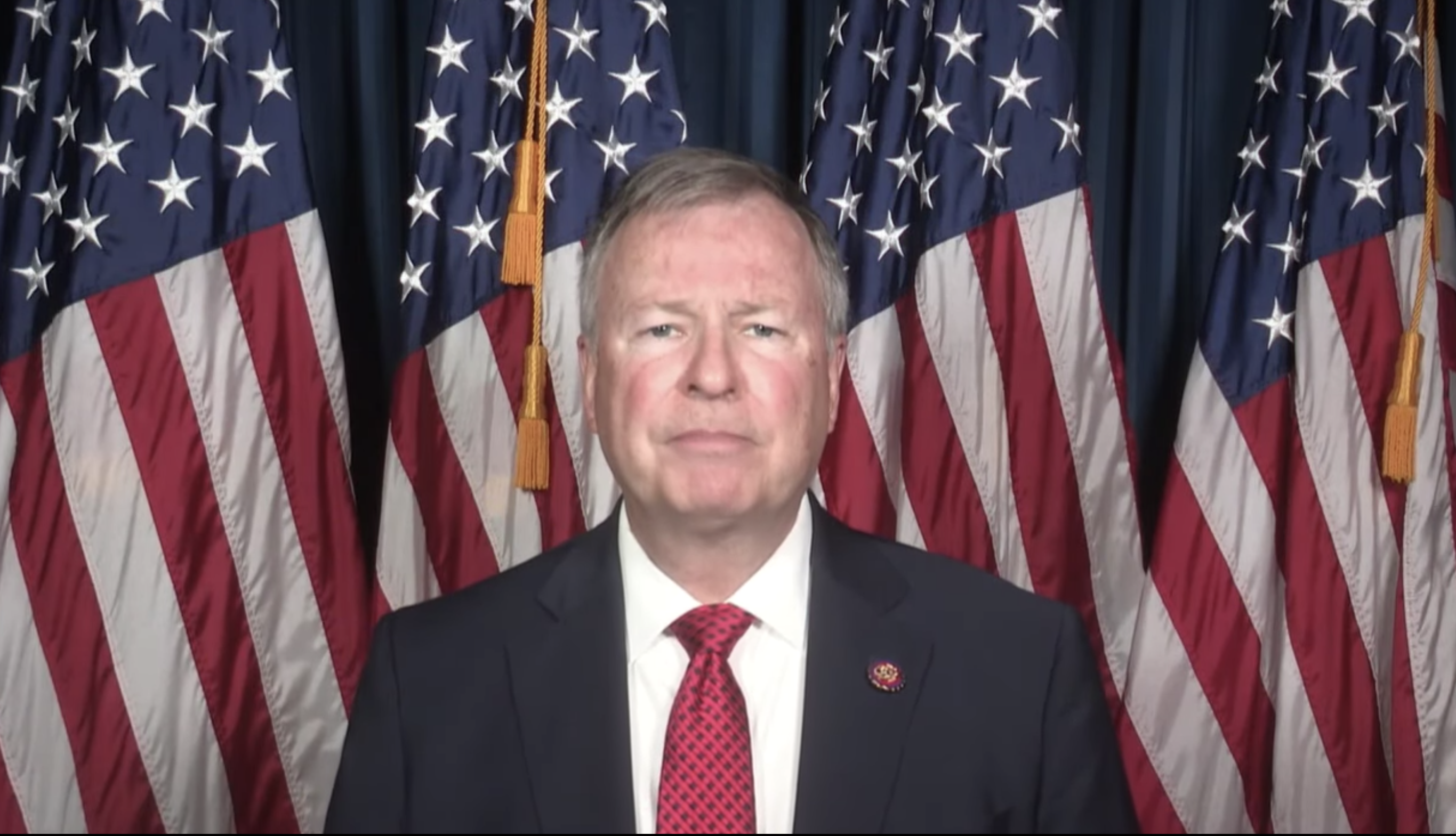 A U.S. congressman said on Saturday that marijuana dispensaries operating on the same streets as churches is “evidence” of the “spiritual war our nation is entrenched in.”

Rep. Doug Lamborn (R-CO) made the comment in a video statement that was presented at an “In God We Trust Rally” organized by the non-profit Truth & Liberty Coalition.

After giving a brief history lesson on the origin of the official U.S. motto and decrying socialism, Lamborn said it was necessary to acknowledge religious strife in the country.

“We need to look no further than our own streets to see evidence of this conflict,” the congressman said. “Marijuana dispensaries are on the same streets as thriving churches.”

Despite representing one of the first states to legalize cannabis, Lamborn has actively worked against the will of Colorado voters who approved the measure in 2012.

For example, he applauded then-Attorney General Jeff Sessions last year after he rescinded Obama-era guidance on federal marijuana enforcement priorities, stating that “legalizing marijuana has been bad for the state of Colorado” and Sessions was “upholding the law and recognizing the serious and proven harms associated with marijuana.”

Every other member of Congress from Colorado signed a bipartisan letter opposing the move.

More recently, Lamborn voted against a spending bill amendment that would prohibit the Justice Department from using funds to enforce prohibition in legal states.

The most that the congressman has said he’s willing to do in terms of cannabis reform is rescheduling the plant to facilitate research into its therapeutic potential. “I’m not sure I could support going beyond that,” he said.

During his video address over the weekend, which was highlighted by Right Wing Watch, Lamborn said evidence of a religious war also includes “abortion clinics” near “pregnancy centers” and legislators attempting to “impose radical gender theory on young students while parents in godly homes teach their children the virtue of marriage.”

“It is easy to despair in the face of ignorance and evil, but today we gather to declare where our trust lies. Our trust lies in god,” he said. “Colorado needs the grace of god more than ever.”