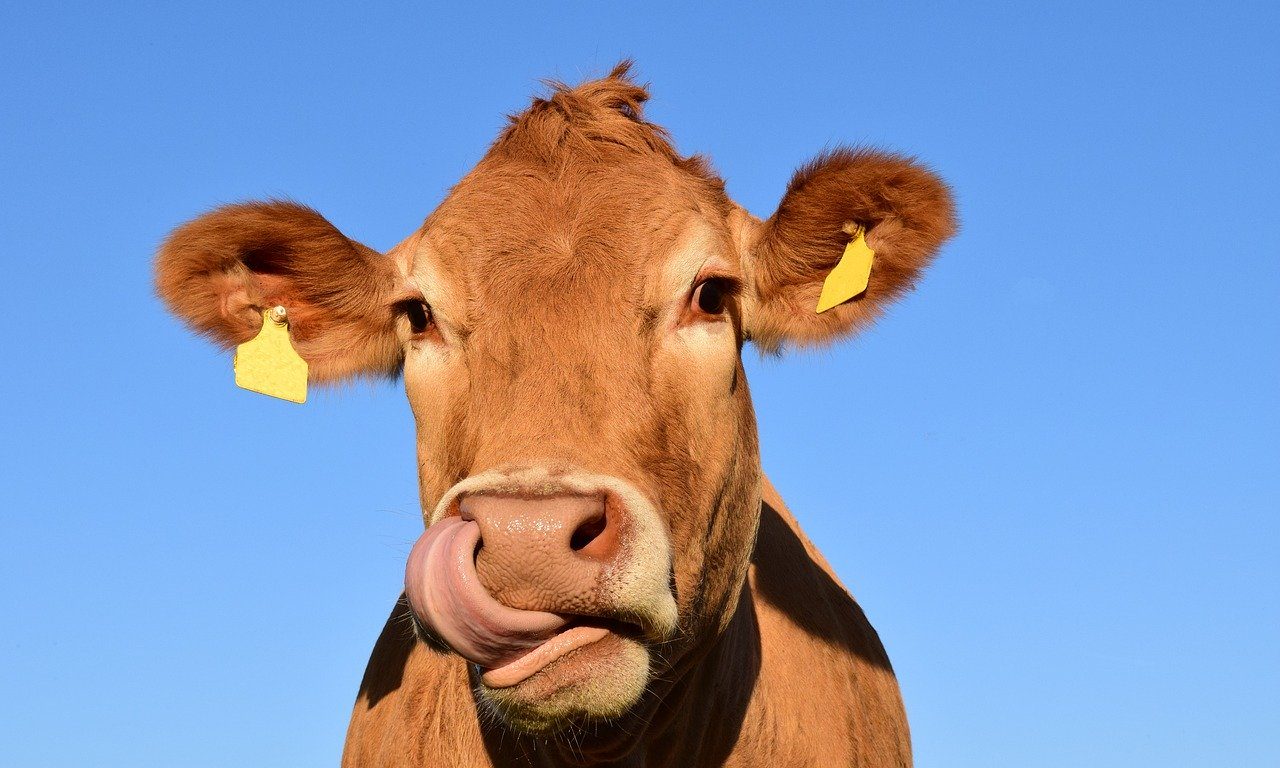 The U.S. Department of Agriculture (USDA) recently took to Twitter to publicize a $200,000 grant it awarded to researchers investigating whether or not feeding hemp to livestock leads to unacceptable concentrations of cannabinoids in resulting food for human consumption.

Scientists at Kansas State University are conducting the studies, which will help inform policies on whether hemp can safely be used in animal feed. As it stands, the practice is prohibited despite the federal legalization of the crop and its derivatives.

Little is known about the effects of cannabinoids on cattle, as most studies have focused on humans, mice and pigs. But a main reason for the new research is that there are concerns that feeding hemp to livestock could potentially result in high concentrations of THC in meat and milk sold commercially.

“Our goal is to fill in the knowledge gaps,” Kansas State University’s Michael Kleinhenz, who is part of the multidisciplinary team behind the studies, said. “Until feedstuffs containing hemp are established as safe in animals, our data will assist producers in managing situations involving intentional or unintentional hemp exposures.”

Kansas State U researchers have received a $200K Ag & Food Research Initiative Competitive Grant from @USDA_NIFA to establish concentrations of cannabinoids in livestock after exposure to industrial hemp to find if hemp for cattle feed can be used safely. https://t.co/6zm2fGPuIg pic.twitter.com/ENbYtSPy5D

“Industrial hemp is typically grown to produce oil, seed, fiber and medicines,” Kleinhenz added. “While varieties of hemp may be planted for a single or dual purpose, such as for seed and fiber, byproducts consisting of leaves, fodder and residual plant fibers remain after harvest. These byproducts could serve as potential feedstuffs for animals. Because these are predominantly cellulose-containing plant materials, the ideal species for utilizing these feeds are ruminant animals, specifically cattle.”

So far the team has completed two preliminary studies using the USDA funds.

“The cannabinoids CBDA, tetrahydrocannabinolic acid-A (THCA-A), cannabidivarinic acid (CBDVA), and cannabichromenic acid (CBCA) were detected in all cattle after [industrial hemp] dosing,” one paper, which was published in the journal Nature in July, concluded. “These results show acidic cannabinoids, especially CBDA, are readily absorbed from the rumen and available for distribution throughout the body.”

Follow-up research will examine the effects of hemp foods on animal behavior and immune function.

“Now that we have found that some cannabinoids are readily absorbed from the rumen, the next steps are to study the tissue and milk residue depletion profiles of these compounds after animal feeding experiments,” Kleinhenz said, referring to one of the four bovine stomachs.

Researchers believe that if farmers were able to use leftover parts of hemp plants as cattle feed, it would make cultivation of the crop more economical and could boost the industry globally.

“We don’t believe that the degree of absorption is sufficient for us to be concerned about potential intoxication following the consumption of meat and milk,” Hans Coetzee, also with Kansas State, said in an interview with KSNW-TV. “If we can prove that that is of no concern of consequence to the consumer, we feel that that would remove one of the major impediments to the widespread production of hemp worldwide.”

The USDA Agriculture and Food Research Initiative Competitive Grant being used by the researchers is another example of how the federal agency is prioritizing hemp since its legalization under the 2018 Farm Bill.

Meanwhile, as scientists work to better understand the crop and its derivatives, USDA is actively developing regulations for the industry. Last week, it announced that a public comment period on its proposed rules for hemp is being reopened due to widespread interest and feedback from stakeholders.