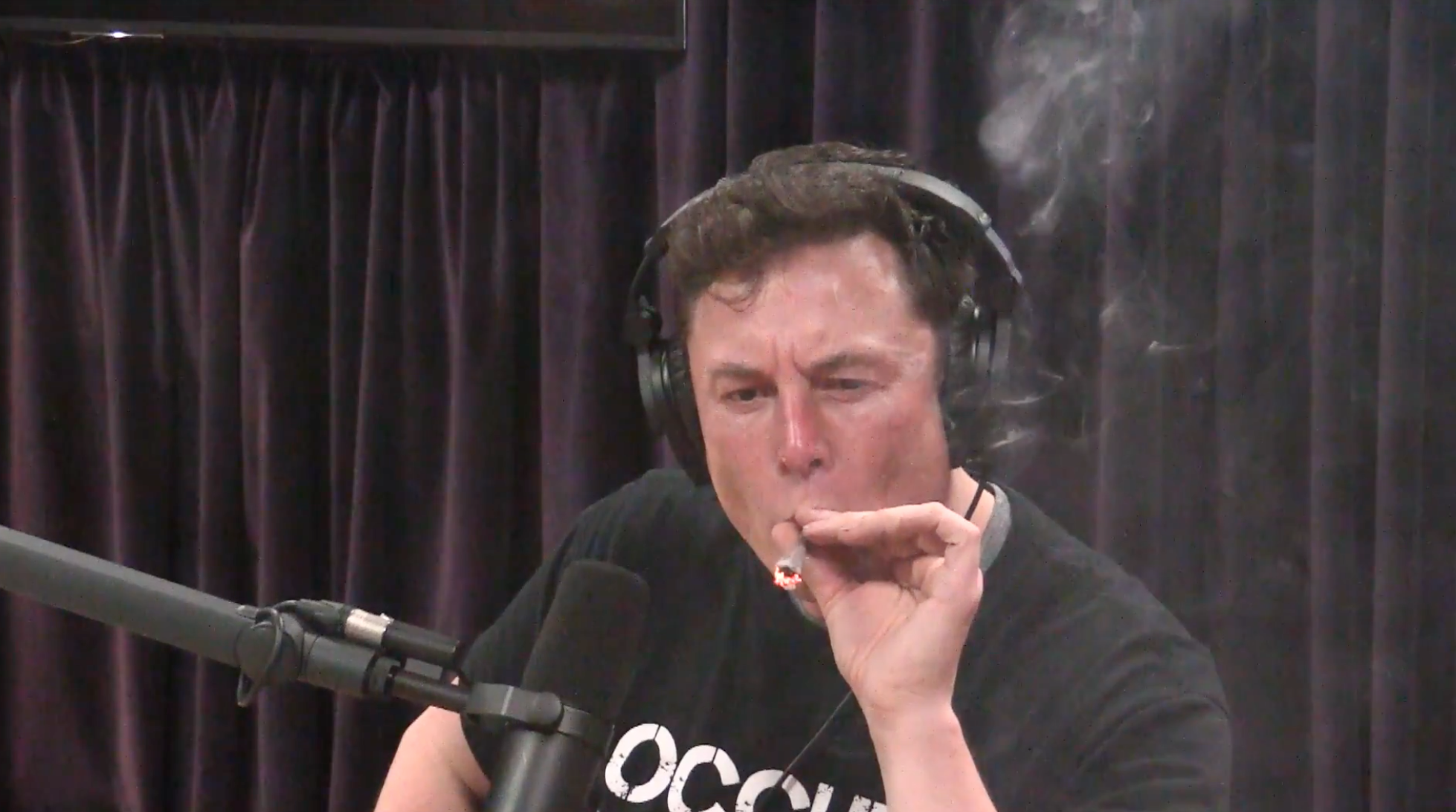 Elon Musk got himself into a bit of trouble after smoking marijuana during an appearance on Joe Rogan’s podcast in September.

The move reportedly led to NASA launching an investigation into his company SpaceX’s “workplace safety” and “adherence to a drug-free environment.”

But now, in a new interview 60 Minutes, the Tesla founder indicated the on-camera puffing was a fluke and that he actually doesn’t even know how to smoke weed.

“As anybody who watched that podcast could tell, I have no idea how to smoke pot or anything. I don’t know how to smoke anything, honestly.”

Musk seems to be telling the truth, at least judging from the widespread reaction to the fact that he didn’t seem to actually inhale the blunt that Rogan passed him.

because he doesn't inhale oxygen

because he is a simulation

The full 60 Minutes interview with Musk is set to air on Sunday.