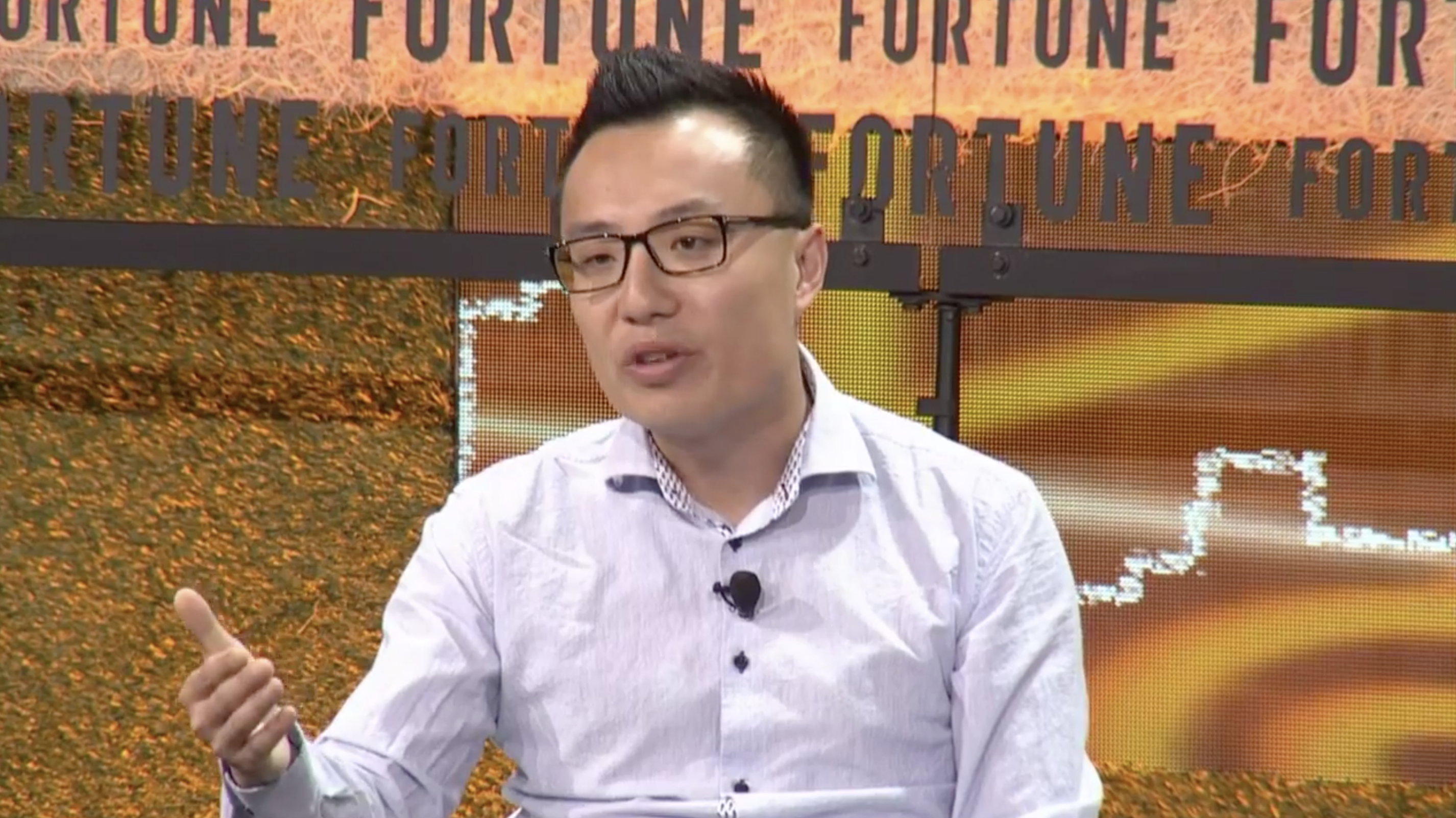 The advent of app-based food delivery services is upon us, and it’s glorious. With a few taps, and a credit card, you can get tacos, falafel, pizza and all manner of munchies delivered to your door step within minutes. But how much cooler would it be if you could get marijuana delivered with the same app that brings you your 11pm Shake Shack order?

Answer: it’d be really cool. But it’s not happening—at least not for the time being—according to DoorDash CEO Tony Xu.

Will @DoorDash deliver cannabis? CEO @t_xu: “That’s our general counsel’s favorite question. That’s not what we’re doing today nor what we plan on doing. There are a lot of complications around payment when it comes to something that has that level of regulation.” #FortuneTech pic.twitter.com/U6aothuzEL

Xu was speaking at Fortune’s 2018 Brainstorm Tech conference on Wednesday when a member of the audience asked if the company had “given any thoughts to delivering cannabis” as more states opt to legalize.

Watch Xu’s cannabis comments at about 20:45 into the clip below:

That said, there are complicating factors.

Even for alcohol, a federally legal product that DoorDash does deliver, the red tape is daunting, Xu said.

“To make alcohol delivery happen in the U.S. and in Canada, we have to actually get different regulatory checks by county, by different types of liquor and with different tax codes—things like this,” he said.

Last year, Postmates CEO Bastian Lehmann was asked when the company planned to “expand to one of the fastest growing industries: marijuana delivery,” in a Q & A session on producthunt.com.

Lehmann said that Postmates was “debating internally whether we should power other delivery startups via the API or offer it ourselves.”

Ride-share services have also expressed solidarity with the marijuana legalization movement, with Lyft and Uber both offering discounted rides on the cannabis holiday 4/20 this year to prevent impaired driving.

“Lyft wants to be a reliable, and affordable partner for marijuana enthusiasts,” the company said in a press release. “That’s why during April 20 we will also be offering up to $4.20 off your next ride.”

On a similar note, the online job search engine Ziprecruiter recently recognized the growing importance of integrating the cannabis industry into the mainstream job market. In April, the company’s CEO called marijuana the “fastest-growing job category in the United States.”

Unlike DoorDash or Postmates, however, the legal complications of posting job opportunities in the marijuana industry aren’t quite as complex for Ziprecruiter, so you can find a long list of cannabis job openings on the site today.