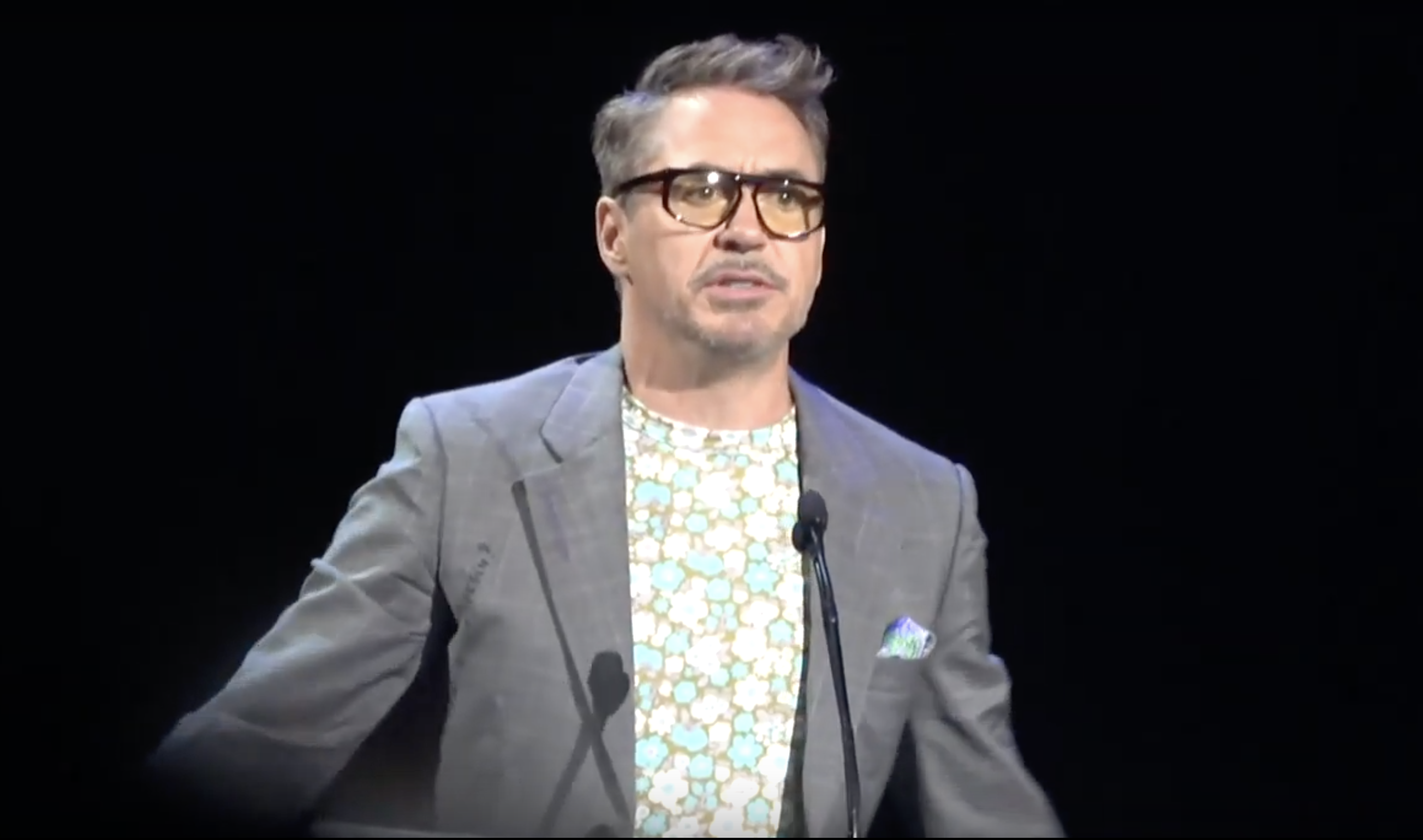 Robert Downey Jr. said he was once detained at Disneyland after getting caught smoking marijuana on a gondola ride.

The Iron Man and Avengers actor shared the anecdote while being honored at the Disney Legends award show on Friday, describing his first trip to the California park.

“Here’s a bit of trivia for you. The very first time I went to Disneyland, I was transported to another place—within moments of being arrested,” Downey said, drawing laughs. “I was brought to a surprisingly friendly processing center, given a stern warning, and returned to, if memory serves, one very disappointed group chaperone.”

“I’ve been sitting on that shame for a while and I‘m just going to release it here tonight,” he said. “I would like to make amends to whomever had to detain me for smoking pot in a gondola without a license.”

“And I don’t wanna further confuse the issue by insinuating that pot smoking licenses for the gondola are in any way obtainable or for any of the other park attractions,” Downey added.

“Maybe for the Imagineers, but that’s their own business,” he joked, referencing Disney’s research and development team.

It’s not clear when Downey was detained in the so-called “Happiest Place On Earth,” but he’s previously talked about starting to use cannabis at an early age.

The actor isn’t the only high profile figure to get booted from Disneyland over smoking on the gondola ride.

Former President Barack Obama said last year that the same thing happened to him and some friends during college. He said during a speech at a political rally that they were smoking cigarettes on the gondolas, but also seemed to wink, raising questions about exactly what sort of plant material he and his friends were inhaling at the time.

In any case, Downey is right that there are no gondola marijuana smoking licenses available, even in California where cannabis is legal. In fact, Disney specifies on its park rules site that “[s]moking marijuana or any other illegal substances is not permitted at any time.”

There are designated cigarette smoking areas, however, which the former president presumably could have taken advantage of, if he really was simply imbibing tobacco.