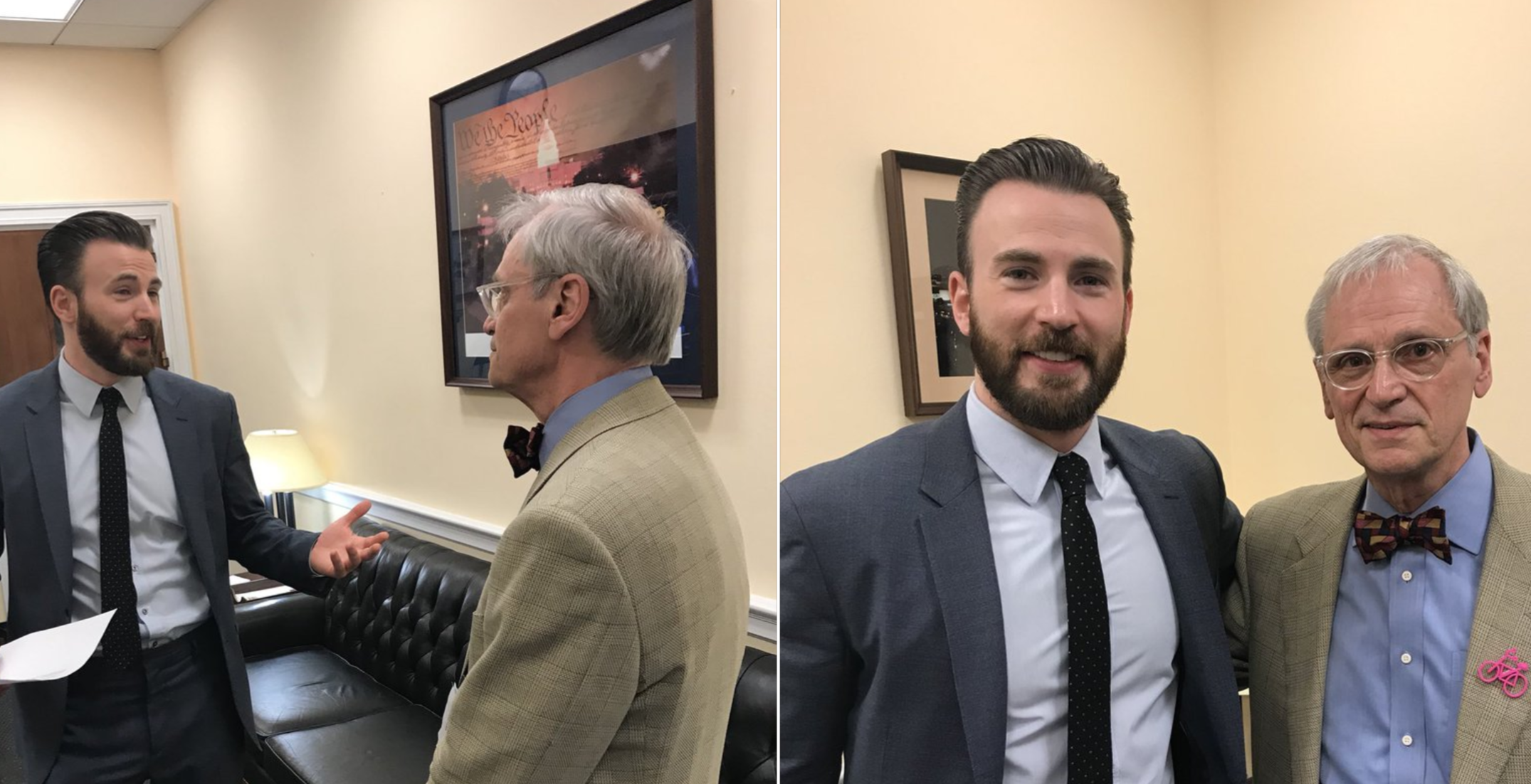 The congressman, who is a long-standing champion of loosening federal cannabis laws and outlined a blueprint to federal legalization last year, said he enjoyed the conversation and that he could “do this all day” in a tweet.

Enjoyed speaking with Captain America, @ChrisEvans, about marijuana reform, voting rights, and bipartisanship in times of division in the nation's capital.

I can do this all day! pic.twitter.com/eNy03QUvSB

The chat was “part of a project Chris is working on with several members of Congress,” a spokesperson for Blumenauer told Marijuana Moment in an email. “Earl spoke about issues that he cares about, and marijuana reform was one of them.”

“Chris asked for the basics on why it’s important, explaining the reasoning behind scheduling and what pros and cons of legalization were,” he said.

The details of Evans’s “project” are unclear. He’s met with several members of Congress in recent weeks, according to a number of tweets, but he’s declined to get into specifics when pressed. There’s speculation that he’s launching a political media organization, however.

.@ChrisEvans on the Hill, won’t say why. “I can’t dive into it. … Working on a project, but can’t get into too many details.” Says he’ll be watching #SOTU “from my hotel.”

In response to Blumenauer’s tweet, NORML asked: “How disappointed was the Captain to be unfrozen in modern times and see we are still locking up over 600,000 Americans for marijuana?”

How disappointed was the Captain to be unfrozen in modern times and see we are still locking up over 600,000 Americans for marijuana? #NotMyFuture

Evans is the nephew of former Rep. Mike Capuano (D-MA), who lost his bid for re-election in last year’s midterm election.

Blumenauer filed a bill in January, appropriately numbered H.R. 420, which would regulate marijuana like alcohol.