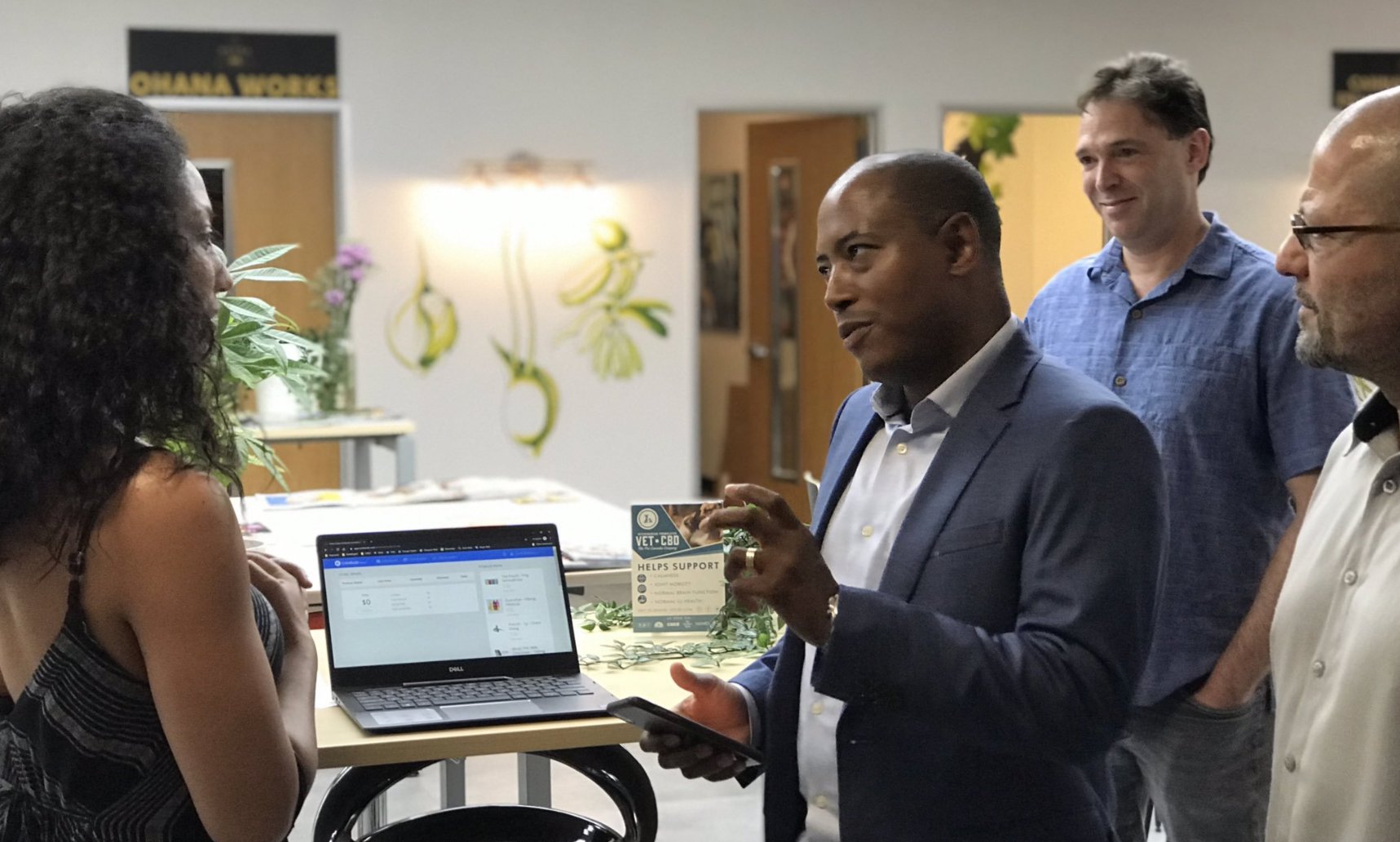 Two city councilmembers in California became the first elected officials to use cryptocurrency to purchase marijuana from a dispensary—at least publicly—on Tuesday.

The technology they used, called stablecoin, is a form of digital currency that has “price stable characteristics” linked to the U.S. dollar, meaning the sale and tax proceeds were settled in a way that’s consistent with cash.

Blockchain Advocacy Coalition, which is backing the technology, is advocating for legislation that would enable local jurisdictions in California to “determine and implement a method by which a licensee under [the state’s legal cannabis program] may remit any city or county cannabis license tax amounts due by payment using stablecoins.”

“By providing a cash-free method of cannabis tax collections, AB 953 can reduce costs and safety risks for cities and businesses,” Bartlett said in a press release. He added that the marijuana industry is “a 21st-century industry” that “deserves 21st-century legislation.”

In a photo taken at the dispensary, Bartlett is holding up a pamphlet for VetCBD, a low-THC, high-CBD tincture that’s used to treat conditions such as anxiety and pain in pets. It’s not clear what Martinez purchased from the shop.

The bill to provide for alternative payment options at marijuana businesses is timely given that federal prohibition has made banks skittish of servicing such companies and results in many firms operating on a largely cash-only basis—an issue that has captured the attention of federal regulators and lawmakers on both sides of the aisle in Congress.

In California, legislation that would allow credit unions to accept cannabis business clients was pulled by its sponsor on Tuesday. Sen. Bob Herzberg (D) said he plans to reintroduce the bill next year.

“We are thrilled to build technology that solves real problems for customers, merchants, and politicians which will help usher in the next 100 million users of crypto,” said Dan Schatt, co-founder of Cred and the Universal Protocol Alliance, which developed the stablecoin technology, said.

“Not only does crypto result in significant cost reduction for consumers and merchants, but it also enables highly productive tax collection, transparency, and predictability for city and state governments,” he said.