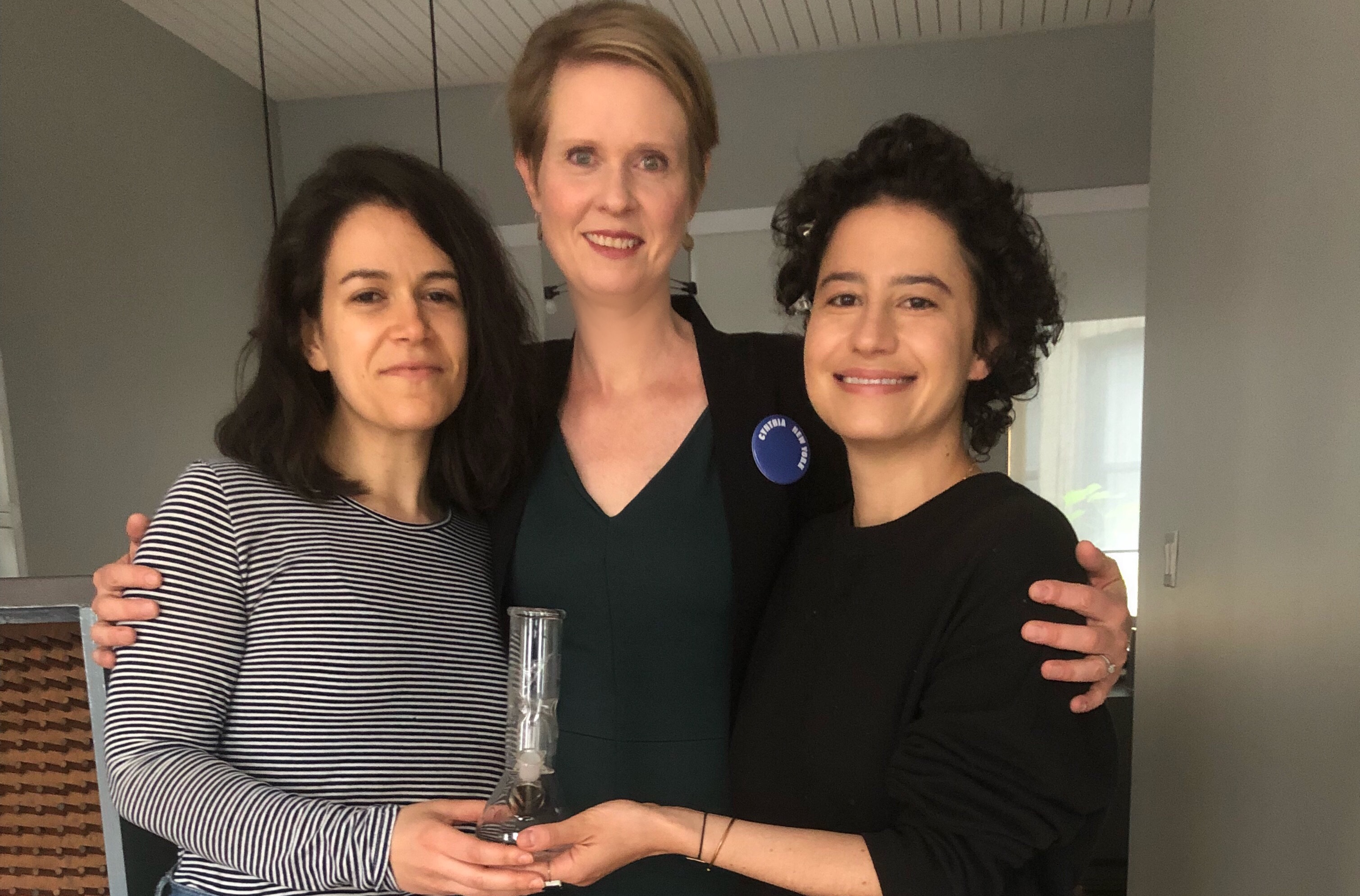 Marijuana is already a hot issue in the race for New York’s Democratic gubernatorial nomination, and things just got a little more interesting.

Incumbent Gov. Andrew Cuomo, until recently, called marijuana a “gateway drug” and vigorously opposed its legalization. More recently, however, in light of a challenge from anti-prohibition actress Cynthia Nixon, he’s shifted his tune, ordering an official state study that is expected to endorse legalizing cannabis. And the state Democratic Party, apparently with Cuomo’s blessing, also officially came out in support of ending prohibition.

Perhaps sensing that the governor is succeeding in taking away what was once a primary point of distinction between the two candidates—although he hasn’t yet said he personally supports legalization—Nixon feels the need to shake things up a bit.

So, her campaign is raffling off a bong signed by Abbi Jacobson and Ilana Glazer from the stoner comedy series Broad City.

“Yes, we know, a bong,” Nixon’s campaign website says. “This may not be the most serious contest, but this is a serious issue. 80% of New Yorkers arrested for marijuana are black or Latino, even though they use it at roughly the same rates as whites. It’s time for NY to join 8 other states and DC and legalize the recreational use of marijuana.”

Here’s a sentence I never thought I’d be typing: You could win a bong signed by @BroadCity's @abbijacobson and @ilazer! This may not be a serious contest, but legalizing weed is no joke. So enter now: https://t.co/ClfBSzSj9u

“80% of New Yorkers arrested for cannabis are black or latinx, while people who look like @abbijacobson, @ilazer, and I essentially get a pass,” the candidate said in a tweet, tagging the two fellow actresses. “We have to stop putting people of color in jail for something that white people do with impunity.”

Join the ladies of @broadcity and support my plan to legalize cannabis and end the criminalization of people of color in NY. Enter now for a chance to win a bong signed by Abbi & Ilana: https://t.co/ClfBSzSj9u

A Quinnipiac poll released in May found that 63 percent of New York voters—and 71 percent of Democrats—support legalizing marijuana.