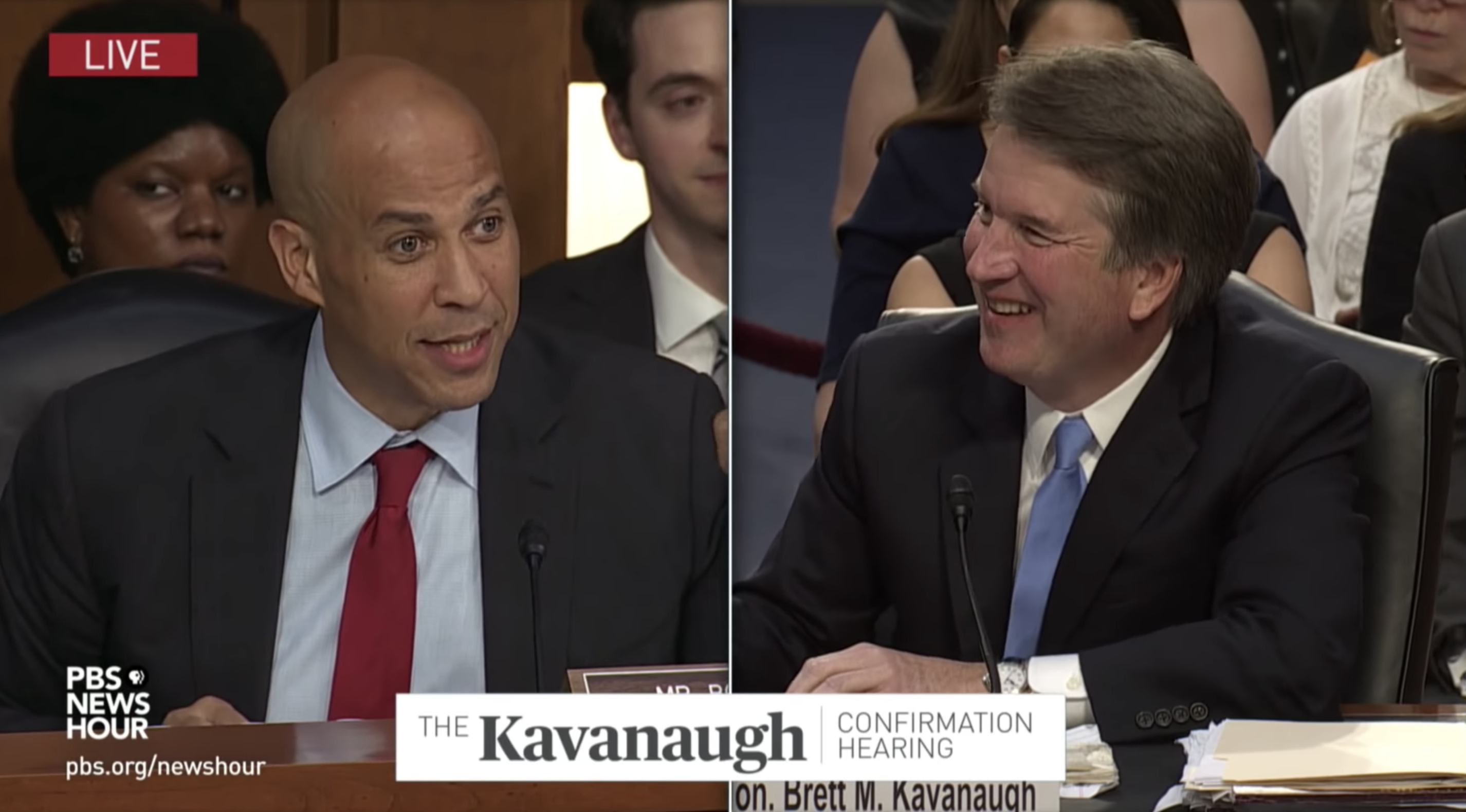 U.S. Supreme Court nominee Brett Kavanaugh says he’ll take a Democratic senator up on a recommendation to read a book about the racially disproportionate impact of the war on drugs.

During a more lighthearted exchange on Thursday night between Sen. Cory Booker (D-NJ)—one of the nominee’s fiercest critics during confirmation hearings this week—and Kavanaugh, the senator questioned the federal judge’s stance on the rights of criminal defendants.

He then offered a reading suggestion to read “The New Jim Crow” by civil rights advocate Michelle Alexander.

“There’s a great book, which—I didn’t know that senators would be giving you books, I would have given you a number of them,” Booker said.

“I’m happy to get them,” Kavanaugh said. “Your recommendations will be welcome.”

Alexander’s book provides a comprehensive analysis of how the U.S. criminal justice system—and particularly the war on drugs—has disproportionately targeted black Americans and contributed to mass incarceration in ways that resemble the Jim Crow south post-Reconstruction.

“Nothing has contributed more to the systematic mass incarceration of people of color in the United States than the War on Drugs,” Alexander wrote.

Before Booker finished his point about the rights of criminal defendants, Kavanaugh said that he previously clerked with the author.

“It seems to be that you’re indicating that you are in favor of what [former Supreme Court Chief Justice William Rehnquist] said that those rights of criminal defendants somehow got out of control,” Booker said. “The question I have is workable for who?”

As Kavanaugh’s confirmation moves forward, criminal justice and drug policy reform advocates are paying close attention to how the nominee might rule in cases related to state-level marijuana legalization efforts should they come up. One hint comes from a 2016 appearance, in which Kavanaugh cited presidential pardon power as a possible justification for not enforcing certain federal laws, which could arguably encompass cannabis prohibition.

During this week’s hearings, he also briefly referenced marijuana enforcement while making a point about prosecutorial direction, before being interrupted by a senator.

"Let's talk about the marijuana laws. Those are constitutional, but a U.S. attorney or the attorney general could say, ‘We're not going to devote our resources to low-level marijuana offenses.' Those are perfectly constitutional…" pic.twitter.com/EDWzoBic3p