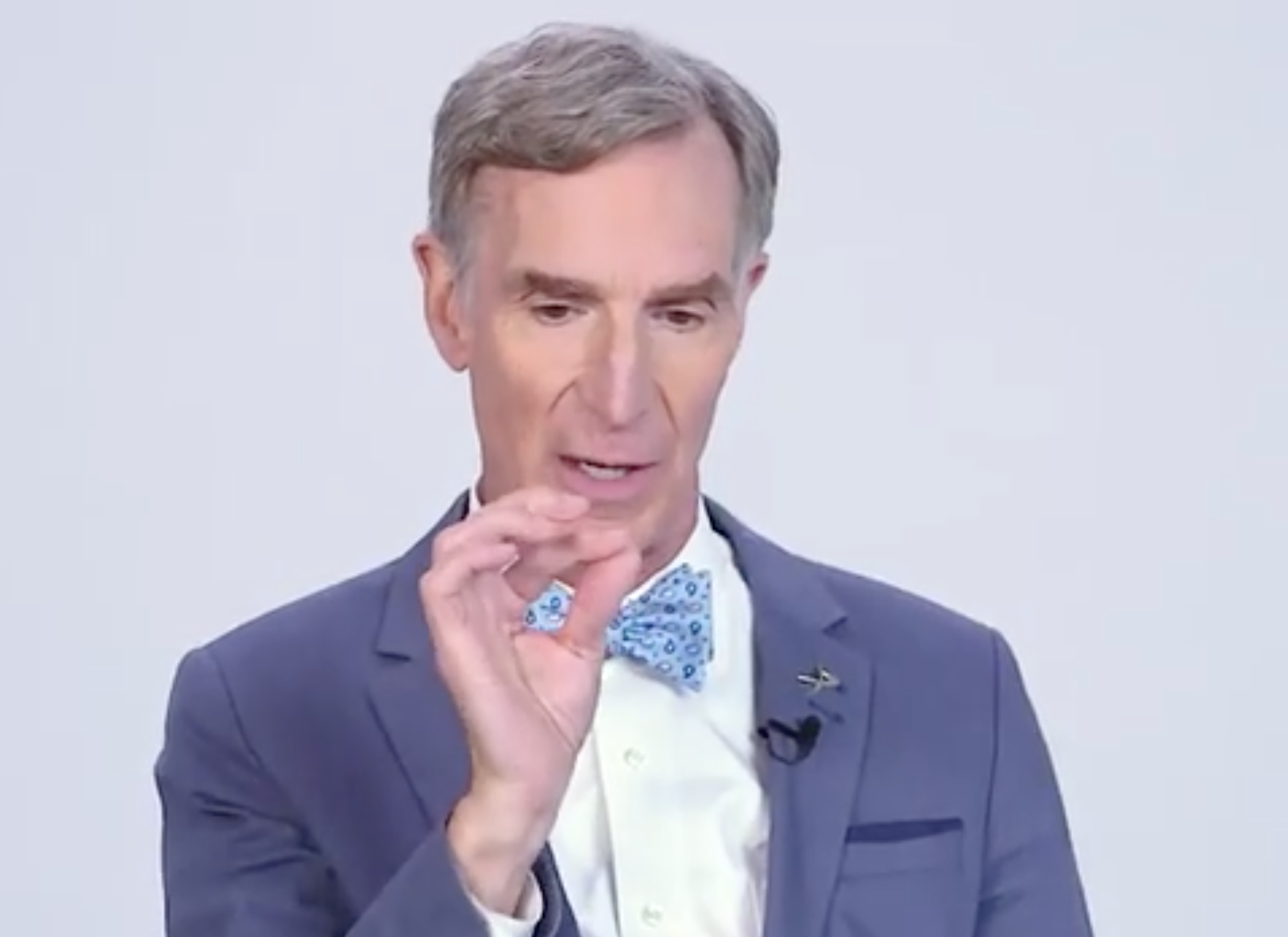 The Science Guy is down with legalizing marijuana, but he doesn’t consume cannabis himself.

“I lived in Washington State for a long time, and Washington State legalized it in 2012. We legalized marijuana, we tax it,” Bill Nye said in a interview published this week by NowThis. “We have a lot of tax revenue. It’s no longer criminalized. We don’t spend money on the police department. We spend money regulating the industry in the same way we regulate other substances.”

But even though he recognizes legalization’s benefits, don’t mistake Nye for a cannabis connoisseur.

In Nye’s eyes, marijuana use can have negative effects.

“When I played ultimate frisbee very seriously, these guys I would play with would get high and they sucked when they were high,” he said.

But that doesn’t mean he doesn’t want the government to loosen its grip on cannabis.

In touting the benefits of legalization, the science guy is in alignment with the late Carl Sagan, under whom Nye studied astronomy at Cornell University.

Bill Nye wants us to learn more about marijuana pic.twitter.com/j2mYUAMwx1