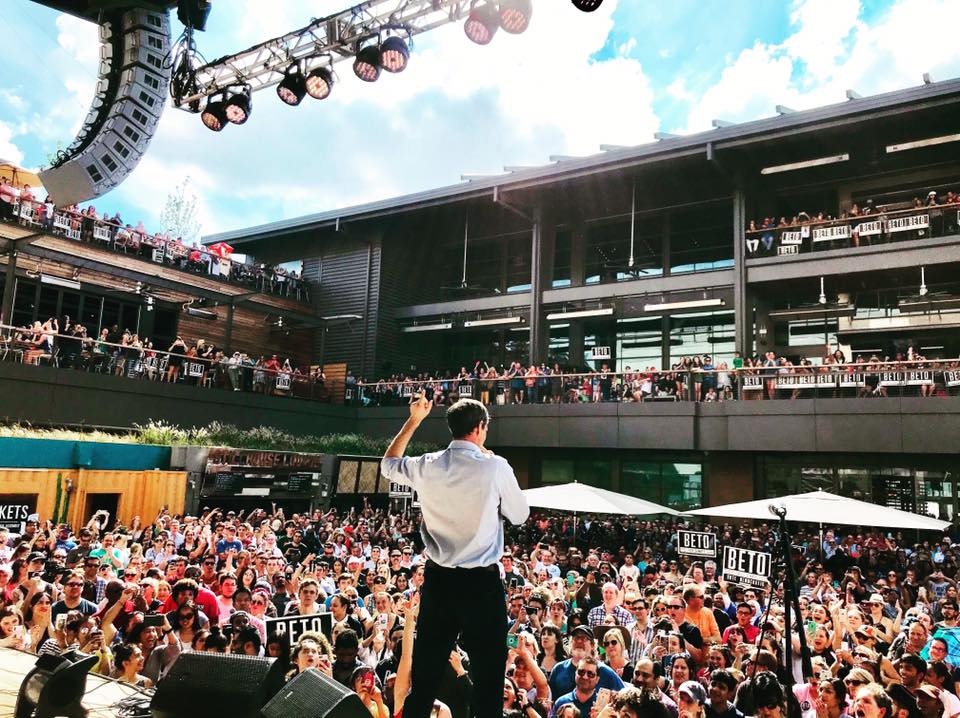 Rep. Beto O’Rourke (D-TX), who is running for U.S. Senate this year, spoke before an animated crowd at a Baptist church in Dallas on Friday, decrying the war on drugs and calling for the end of marijuana prohibition.

The candidate, who’s made a strong showing in his race against incumbent Sen. Ted Cruz (R-TX), also commented on the recent killing of an unarmed black man, Botham Jean, at the hands of a Texas police officer.

“How can it be in this day and age—in this very year, in this community—that a young man, African American, in his own apartment, is shot and killed by a police officer?” O’Rourke asked. “And when we all want justice and the facts and the information to make an informed decision, what is released to the public? That he had a small amount of marijuana in his kitchen? How can that be just in this country?”

“How can we continue to lose the lives of unarmed black men in the United States of America at the hands of white police officers? That is not justice. That is not us. That can and must change. Are you with me on this?”

The audience responded with a resounding standing ovation.

O’Rourke spent several minutes outlining how the drug war disproportionately impacts communities of color despite the fact that white people use and sell drugs at roughly the same rate.

Resolving racially discriminatory drug enforcement efforts starts with ending cannabis prohibition, O’Rourke said, noting that he co-sponsored congressional legislation that would do just that. But importantly, the second step is to expunge “the arrest records for anyone arrested for possession of marijuana so they can get on with their lives, live to their full potential, contribute to their maximum capacity.”

One of the congressman’s most salient points contrasted marijuana policies in Texas and fully legal states like California.

“Let me ask you this: in a country where the majority of the states in the union have already decided to make marijuana legal in one form or another—where people in California and Colorado and the Northwest are getting filthy rich legally selling marijuana today—who is going to be the last African American boy or man to rot behind bars in Texas for something that’s legal in almost every other single part of the country?”

“Let’s lead the way on reforming our drug laws,” O’Rourke said. “Let’s end that war on drugs right now because it’s a war on people.”

Cruz has attempted to frame his opponent’s drug reform stance as dangerous, promoting misleading statements attributed to O’Rourke in campaign ads and arguing that he’d exacerbate the opioid epidemic if elected in November.

With opioids ravaging so many American communities, Congressman Beto O’Rourke's radical resolution to legalize all narcotics—including heroin and other deadly opioids—is looking worse and worse all the time: https://t.co/VdwaYMccMn #TXSen

Which message will ultimately more resonant with Texas voters is yet to be determined—but the race is looking close.