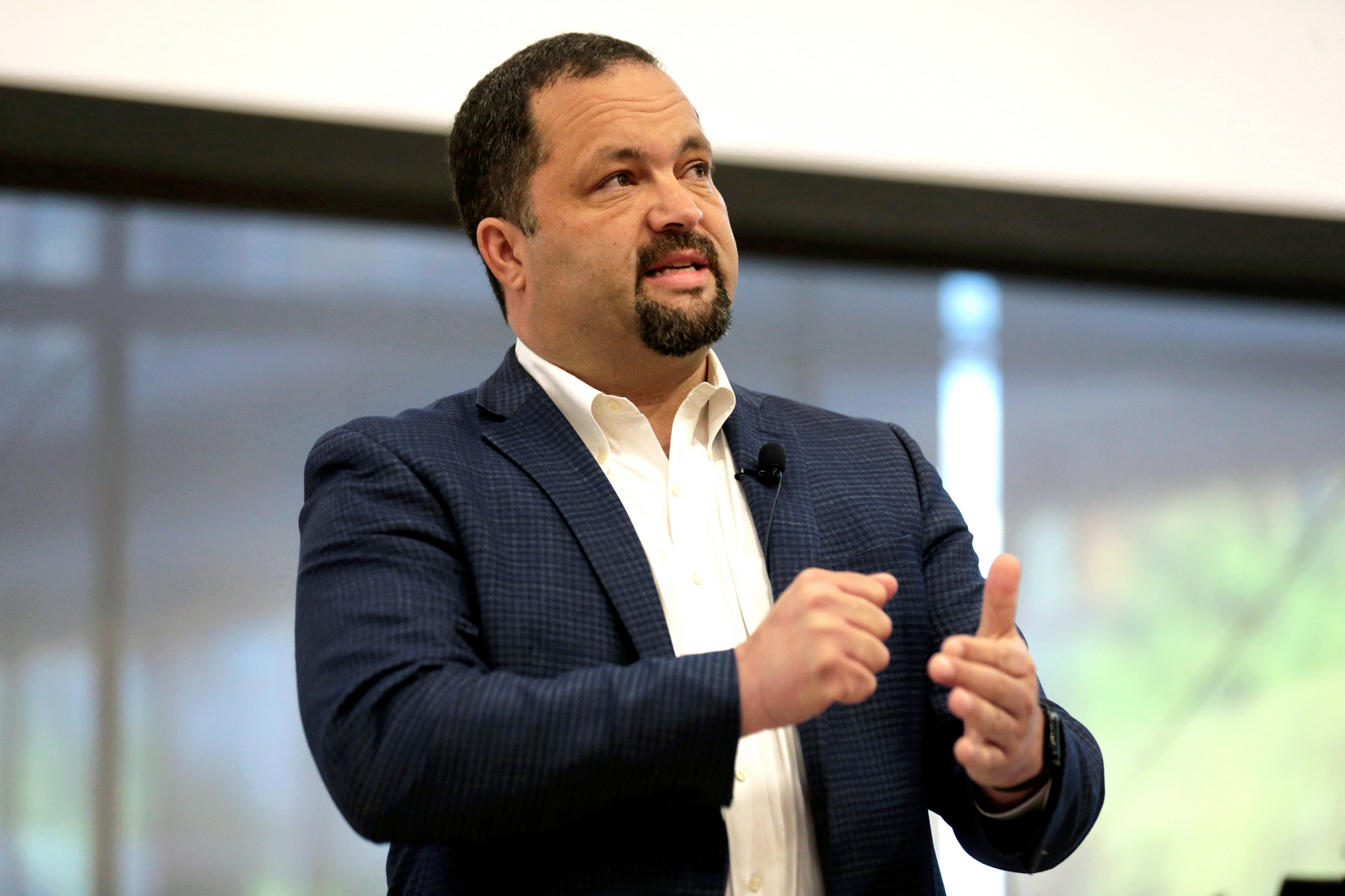 Ben Jealous is serious about legalizing marijuana in Maryland if he wins the state’s gubernatorial election in November. And with early polls showing him in the lead as the June 26 Democratic primary approaches, the former NAACP president might just get his shot.

For Jealous, a progressive candidate endorsed by Sens. Bernie Sanders (I-VT) and Kamala Harris (D-CA), among others, his stance on cannabis policy has evolved over time—but he’s put full legalization front and center during his gubernatorial campaign.

Marijuana Moment reached Jealous by phone to learn more about his plans for marijuana reform if elected governor.

Marijuana Moment: You tweeted recently that comedian Dave Chappelle was the first person to tell you that cannabis should be legal. Can you describe that conversation and how it influenced your own personal views?

Ben Jealous: We were young and we were 20 years old in Mississippi. And Dave had come down there. I was organizing to stop a governor from turning a black college into a prison, and I was stressed out because Dave wanted to fire up a joint, and I didn’t want to go to jail in Mississippi. Dave was like ‘well, this shit should be legal,’ and I was like, ‘yeah, but it’s not.’ That was basically the conversation.

When I was 20 I was known as “Dave Chappelle’s bodyguard”.

And, if you’re wondering, yes he was the first person to tell me Cannabis should be legal for adults.

I was skeptical then.

I agree with him now. https://t.co/ovQKVlhmcx

And then it was just an ongoing conversation about the history of marijuana enforcement—the way it was targeted at our community and Latino communities, and that just sort of opened my eyes. And that led me as president of the NAACP pushing for decriminalization in a number of states and cities. That’s ultimately where that conversation led. Dave was the one who really first talked to me about the way in which marijuana enforcement had been targeted at our communities. It just so happened that that day in Mississippi, the stakes were so high, I wasn’t really having it.

MM: Let’s talk more about the evolution of your position on cannabis reform. Were there any other major factors that led you to adopt a pro-legalization stance?

BJ: I did not start the campaign thinking that this was going to be one of the big issues that I was going to be talking about. However, I did start the campaign knowing that we were going to have to deal head on with the violence in Baltimore and the shootings elsewhere around the state, including places like Prince George’s County. And so around the second anniversary of the uprisings in Baltimore, I asked a retired member of the Baltimore Police Department to go talk to commanders that he knew across the city and just ask them, ‘why are the shootings surging? What’s going on with the violence?’

We can either tax and regulate cannabis for adult use, reduce violence, and enrich our state.

We can continue a policy that enriches the cartels & has always had a racially biased pattern of enforcement.

Some politicians see this as a real dilemma.

And he came back and he said, ‘Ben, you know, there were two big data points.’ I said, ‘OK, what are they?’ He said, ‘one, nobody can really agree why the shootings have been surging in recent years. However, everybody is in agreement that approximately half of the shootings in the past 10 years had been one set of marijuana dealers killing another set of marijuana dealers.’ That made me sit up straight, because it really laid bare that we could be saving lives if we legalized cannabis. And that added to the mountains of evidence of the good that could be done to advance racial justice, the good that could be done to increase revenues for universal pre-k.

MM: It’s estimated that full legalization would bring in upwards of $120 million in tax revenue for Maryland. What’s your top priority in terms of how you’d like to see that revenue allocated?

BJ: One of the things that excites me, as I look forward to the day when we legalize cannabis in Maryland, is that we know that when we do, we will be able to decrease the shootings in Baltimore and throughout the state, and we’ll be able to increase five-year-olds’ readiness to start kindergarten. It’s a great win-win. And it’s rare in politics, but it’s also urgently needed. We know that we have to end mass incarceration—and yet go further. We have to really get back to opening up the gates of opportunity for all of our children. And by legalizing cannabis, we get to make progress on both fronts.

My education plan calls for taxing and regulating marijuana for adult use and using those funds to pay for universal pre-k.https://t.co/HibjLgIwyD

We’ll be able to decrease the number of people going into prisons, we’ll be able to make our streets safer and cut the violence on our streets significantly, but we’ll also be able to generate tax revenues that will cover the costs of providing universal pre-k for every child in the state. And that itself will strike a blow against mass incarceration because we know that the better prepared a child is for kindergarten, the more likely they are to do well in school and stay in school and end up in a good job. It’s a true win-win.

MM: What would your message to Democratic presidential candidates in 2020 be when it comes to the issue of legalization?

BJ: Speaking as a Democrat, as party that is committed to being the party of working people, the party of economic justice, the party of racial justice, the party of civil rights, it should be an easy decision at this point. States like Colorado and Washington, D.C and Washington State have led the way, shown that it decreases violence, and it increases tax revenues, while taking the money out of the pockets of gangs and cartels that are engaged in a lot of other very dangerous criminal activities. It’s just common sense—and courage and common sense should be the hallmarks of the Democratic party.

MM: Can you speak to the importance of strengthening the state’s diversity requirements for marijuana licenses?

BJ: Let us never forget that this is the 21st century. Our Republican governor rolled out the new medical cannabis as if it were the 19th century. In a state that’s 53 percent women and 48.5 percent people of color, 100 percent of the licenses went to white-owned companies and virtually none went to women. That should never be allowed to happen again. When I’m governor, we will go further. We will make sure that the ownership is inclusive, but we’ll also make sure that people from the neighborhoods that have been adversely affected by the war on drugs are included in both ownership and employment. The illegal cannabis trade has been a steady employer in a lot of very poor neighborhoods like Upton, where my mom grew up in West Baltimore. We must build this industry in a way that lifts up the people from the places that have paid the steepest price in the war on drugs.

Mayors From Across U.S. Call On Feds To Deschedule Marijuana