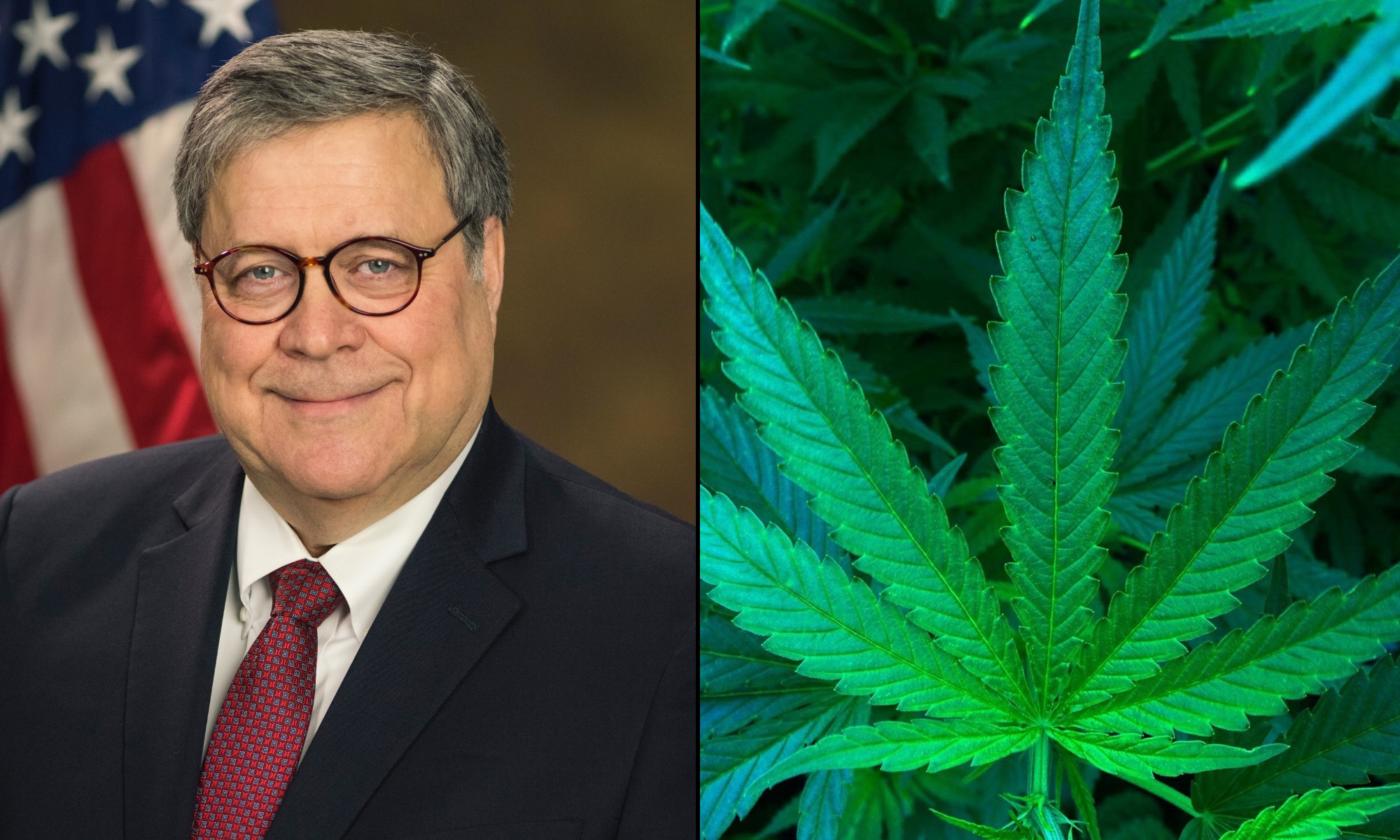 Three dozen members of the House of Representatives introduced a resolution on Tuesday calling for an inquiry into the possible impeachment of Attorney General William Barr because he “abused the power of his office” to improperly investigate marijuana businesses and allegedly engaged in other unlawful conduct.

The resolution, which is being led by Rep. Steve Cohen (D-TN), states that the attorney general “has taken deliberate actions that violate the rights of the American people, assault the principle of impartial administration of justice, and undermine the constitutional structure of separation of powers across three co-equal branches of Government.”

It says that Barr “abused the power of his office to initiate pretextual antitrust investigations into ‘unpopular’ American corporations in the cannabis, automobile, and technology industries.”

That allegation comes from a Justice Department whistleblower who publicly revealed this month that 10 antitrust investigations targeting cannabis companies were launched at the direction of the attorney general, who was said to have made the decision based on his personal animus for the industry.

“He’s using antitrust not for the purpose of helping consumers and businesses that might be disadvantaged by monopoly, but doing it as a vehicle for his social policies, which is unheard of,” Cohen told Marijuana Moment in a phone interview, referring to the attorney general.

The whistleblower didn’t see “any practices that are antitrust in nature, but they said the problem was on the fifth floor, which is where Barr’s office resides and apparently he doesn’t like marijuana so he went after them,” the lawmaker said.

This measure calls upon @HouseJudiciary to open an inquiry into AG Barr under the same House rules applied during the #ImpeachmentInquiry into President Trump last year. Congress is a co-equal branch of government and must hold #BillBarr accountable.https://t.co/S0nVTp4K2y

At a House Judiciary Committee hearing last week, the whistleblower argued that there wasn’t an appropriate basis for the investigations, which at one point accounted for one-third of Justice Department Antitrust Division cases.

The department’s Office of Professional Responsibility, to which the complaint was referred, ultimately concluded that no rules had been violated in ordering the investigations, regardless of the allegation about Barr’s prejudice. That said, the matter is also separately being looked into by the inspector general, according to a June memo.

“I think it’s just unfortunate what they’re doing,” Cohen said of the memo.

While the new resolution states that other unrelated “investigations misused the resources Congress appropriated for the Department of Justice to harass and intimidate companies based on President Donald J. Trump’s whims and without a proper legal predicate for such investigations,” the whistleblower specified that the marijuana-specific inquiries were connected to Barr’s alleged bias, not the president’s.

However, he did make clear that department resources were wasted and questioned the factual basis for the investigations. All told, across six of the 10 investigations for which data are available, 5,965,000 documents were produced by the cannabis companies under inquiry. A small fraction were actually reviewed by Justice Department personnel.

“Attorney General Barr has undermined our judicial system and perverted the rule of law,” Cohen said in a press release. “Barr obstructs justice by favoring the President’s friends and political allies. He abuses his power by using the Department of Justice to harass, intimidate and attack disfavored Americans and the President’s political opponents. My oath to support and defend the Constitution compels me to confront this corruption.”

He and the measure’s 35 cosponsors are asking for the Judiciary Committee to explore the potential for impeachment proceedings for the attorney general. Those cosponsors include Reps. Earl Blumenauer (D-OR), Ted Lieu (D-CA), Ed Perlmutter (D-CO), Eric Swalwell (D-CA) and Maxine Waters (D-CA).

“It is outrageous that Attorney General Barr has allegedly politicized the Justice Department while continuing to put his own personal beliefs before those of the American people,” Blumenauer said in a press release. “His egregious disregard for his oath to serve without bias warrants an investigation into his misconduct, at the very least. I’m going to continue working with my colleagues in Congress to hold him accountable. America deserves better than this corrupt administration.”

Of course, the marijuana allegations represent just one part of a broader rationale for a congressional inquiry. The lawmakers also criticized the nation’s top law enforcement official for his role in directing the disassembly of protestors in Washington, D.C., his move to clear former National Security Advisor Michael Flynn of criminal charges and the controversial firing on a federal judge, among other matters.

Cohen also talked to Marijuana Moment about a point he made during last week’s Judiciary Committee hearing on the Barr allegations about how cannabis criminalization fosters distrust between communities of color and police, as black and brown people are significantly more likely to be arrested for a marijuana offense compared to white people despite comparable rates of consumption.

“It’s a street crime. There are dealers, but most individuals get busted on the street smoking a joint and that’s when police and African Americans come in contact,” he said. “African Americans are anywhere from six or seven to 10 times as likely to get arrested for smoking marijuana as caucasians, and yet there’s no indication that they necessarily smoke at any greater numbers. It’s a breeding ground for this discontent because anybody that gets busted for smoking marijuana is going to have a chip on their shoulder towards the law enforcement, towards society and towards the structure, the establishment, that allows such to happen.”

Advocates and lawmakers have made similar arguments in recent weeks as Congress has debated policing reform amid the civil unrest that’s emanated from recent police killings of black Americans. They’ve said that policing reform should be coupled with a conversation about changing marijuana policies to mitigate unnecessary law enforcement interactions.

The congressman said the issue reminds him of the 1995 song “Ain’t Hurtin’ Nobody” by John Prime.

“When I hear that song, I kind of think about people smoking marijuana,” he said. “‘Ain’t hurtin’ nobody, ain’t hurtin’ no one.'”

While no lawmakers ultimately filed cannabis amendments to the House-passed policing bill, there’s still time left in this Congress to take up standalone marijuana legislation. Cohen said it’s “possible” the House will take up the Marijuana Opportunity, Reinvestment, and Expungement (MORE) Act before the end of session, but he raised doubts about its prospects in the Senate.

“It’s certainly gotten to be more bipartisan in the House,” he said. “The Senate is a little slower to respond on some of these things, and this is one where they’ve been slower to respond. And [Senate Majority Leader Mitch McConnell (R-KY)] is good on hemp, but that’s about as far as he goes.”

Read the text of the resolution to launch in impeachment inquiry into the attorney general below:

Did A Tennessee Senator Take A State Car To Buy Marijuana At An Illinois Dispensary?