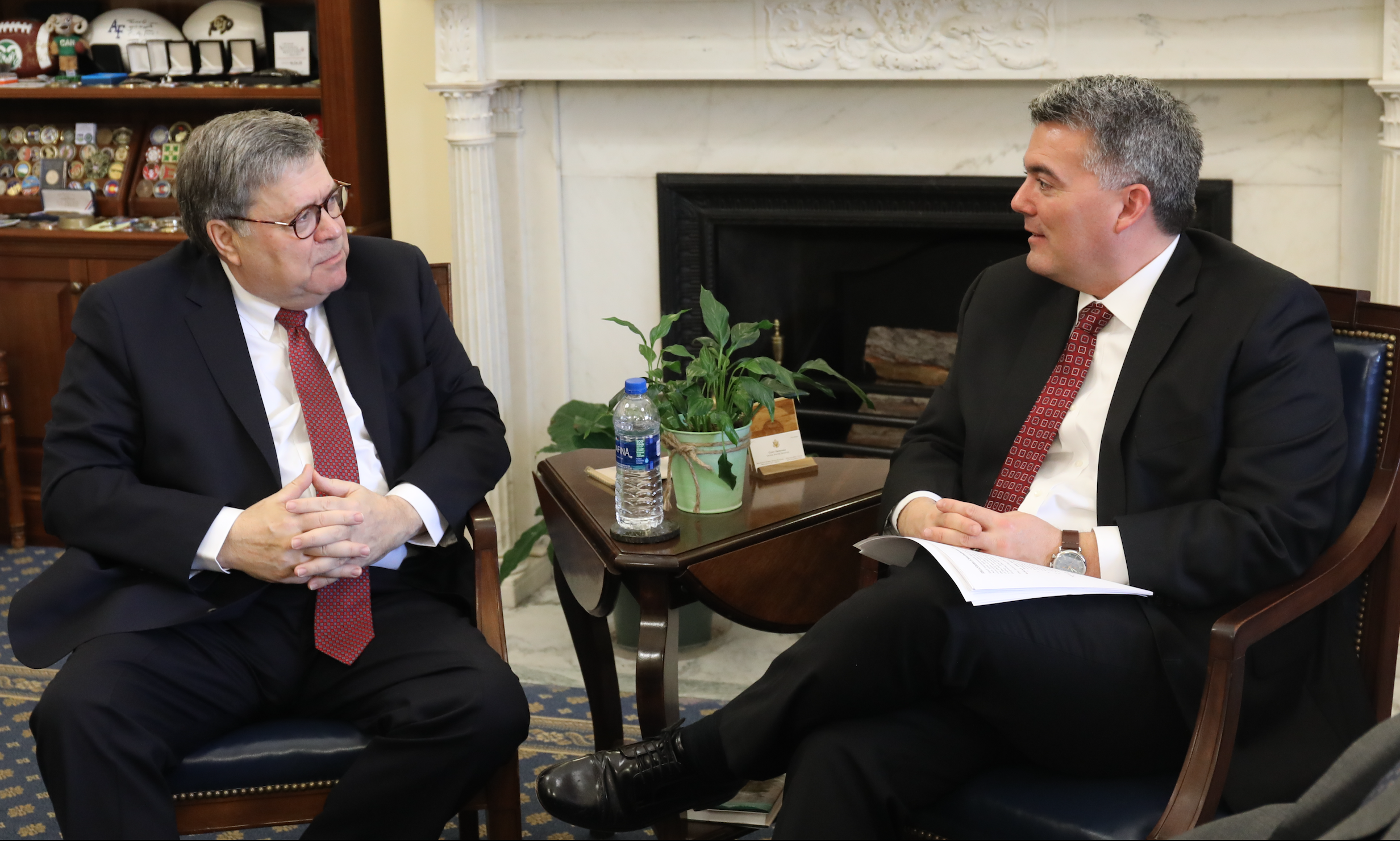 William Barr, President Donald Trump’s attorney general nominee, has again reiterated his pledge to not go after marijuana businesses that are acting in compliance with state legalization laws.

This time, the promise came in a meeting with Sen. Cory Gardner (R-CO) on Wednesday.

The senator, who has sponsored bipartisan legislation to exempt individuals and businesses acting in compliance with state cannabis laws from federal enforcement, said in a press release that he and the top Department of Justice pick spoke about the growing gap between conflicting federal and state marijuana laws.

“Mr. Barr agreed that the current situation is untenable and that the DOJ should not use resources to go after legal marijuana operations,” Gardner said.

Similarly, during a confirmation hearing last month, Barr said that while he doesn’t personally support legalization, he wouldn’t use Justice Department funds to “go after” marijuana businesses in legal states if he’s confirmed. He stressed, however, that it was incumbent upon Congress to resolve conflicting federal and state cannabis laws.

Barr later followed up on the cannabis pledge in writing in response to questions from senators.

In a press release, Gardner said the two “discussed the disconnect between federal and state marijuana laws, which Mr. Barr eloquently described during his confirmation hearing.”

Last Congress, Gardner cosponsored the Strengthening the Tenth Amendment Through Entrusting States (STATES) Act with Sen. Elizabeth Warren (D-MA) and a group of other senators. It did not receive a hearing or a vote, and a new version for the 116th Congress has not yet been introduced.

“In particular, we discussed how my STATES Act would provide a state-based solution to the conflict between federal law and those 47 states that allow some form of cannabis,” Gardner said of the meeting with Barr. “The bipartisan, commonsense bill ensures the federal government will respect the will of the voters—whether that is legalization or prohibition—and not interfere in any states’ legal marijuana industry.”

When Jeff Sessions was being considered as attorney general nominee at the start of the Trump administration, Gardner received a commitment that he would not increase enforcement against legal states. But last year, after Sessions rescinded Obama-era guidance that laid out Justice Department priorities for cannabis enforcement, the senator held up department nominees in protest until he was personally assured by the president that the federal government wouldn’t begin cracking down on the marijuana industry.

Gardner also said at the time that the president supported legislative proposals like the STATES Act, which Trump later confirmed at a press conference.

“U.S. senators are very powerful people. We saw that last year,” Neal Levine, CEO of the Cannabis Trade Federation, told Marijuana Moment in a phone interview. “We saw what happened when Sen. Gardner felt this he was lied to [by Sessions]. The fact that Barr made the commitments he has, knowing how Sen. Gardner reacted to Sessions lying to him, is incredibly encouraging.”