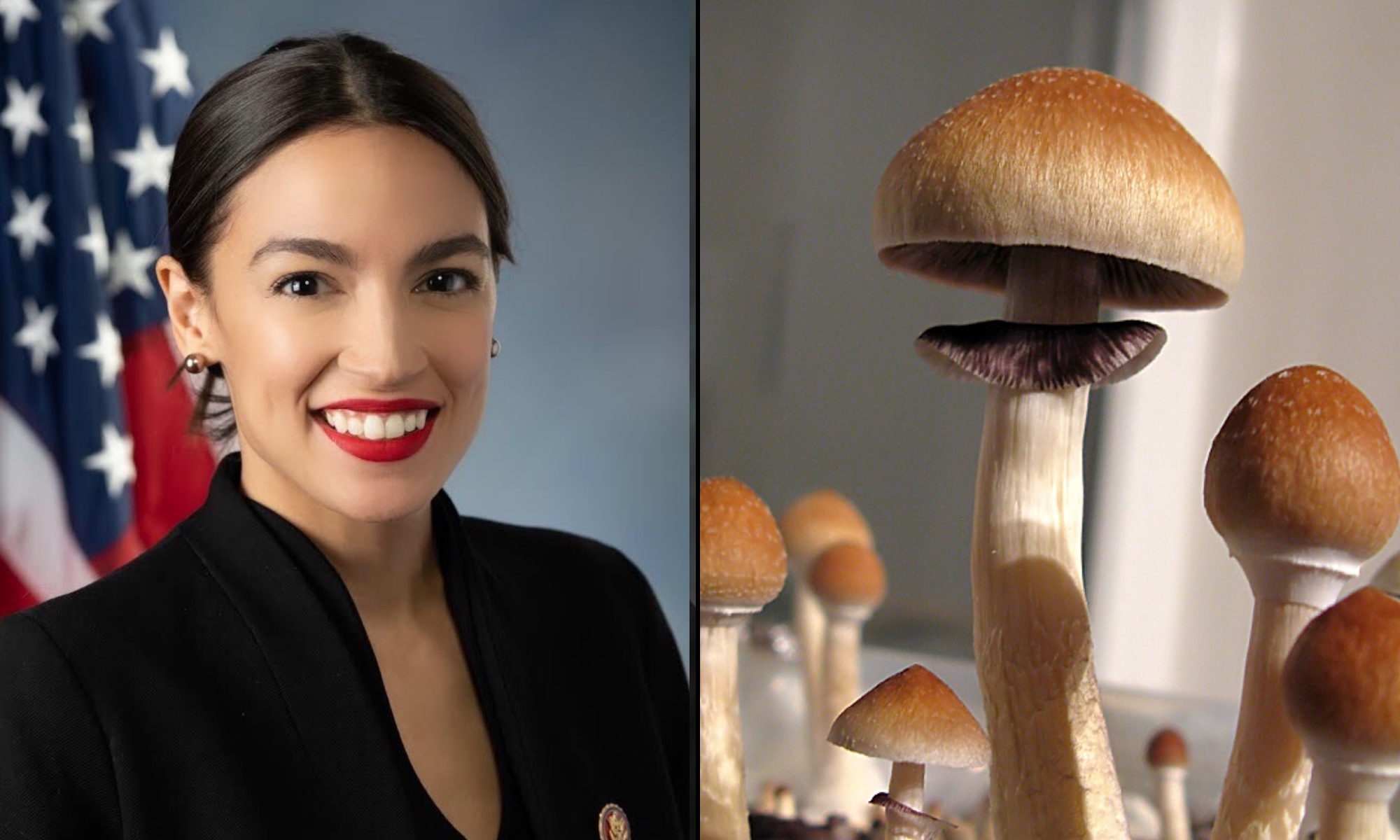 Rep. Alexandria Ocasio-Cortez (D-NY) is again fighting to remove a federal research roadblock in the hopes of promoting studies into the therapeutic potential of psychedelics like MDMA, psilocybin and ibogaine.

The congresswoman introduced an amendment seeking to attach the policy change to large-scale spending legislation covering funding for multiple agencies. Meanwhile, numerous other amendments on drug policy issues have been filed to the bill, including one that would remove protections for universities that conduct research into marijuana.

Another important proposed revision would direct the Food and Drug Administration (FDA) to move forward on rulemaking to establish a regulatory pathway to allow CBD as a dietary supplement.

Put simply, the amendments to the large-scale appropriations minibus run the gamut. But Ocasio-Cortez’s proposal is especially notable given its focus on psychedelics—an issue that’s rarely been breached in Congress. Her measure would strike a longstanding rider, first enacted in 1996, that prohibits the use of federal funds for “any activity that promotes the legalization of any drug or other substance in Schedule I.”

A description of the amendment clarifies that the intent is to allow “United States researchers to study and examine the potential impacts of several schedule I drugs, such as MDMA, psilocybin, and or ibogaine, that have been shown to be effective in treating critical diseases.”

In 2019, a large majority of Democratic House members joined all but seven Republicans in a vote against an earlier version of the congresswoman’s amendment. But given the surge in state and local psychedelics reform efforts in the years since, it stands to reason that this Congress may take the issue more seriously this time.

Last time I intro’d this, both parties voted against it & some laughed.

But I am undeterred! 🙂 I’ll keep bringing it up until the times catch up.

If you want your member lift the roadblock, call their office & tell them! It really does make a difference https://t.co/t177CriorL

As some lawmakers move to catch up to the public on progressive drug policy issues, others are seeking more regressive amendments to the fiscal year 2022 spending bill for the Departments of Labor, Health and Human Services, Education, Agriculture, Rural Development, Energy and Water Development, Financial Services and General Government, Interior, Environment, Military Construction, Veterans Affairs, Transportation, and Housing and Urban Development.

Case in point: Rep. Debbie Lesko (R-AZ) introduced a proposal to eliminate a rider that was added to the bill in committee that “allows federal funding to go to institutions of higher education that are conducting research on marijuana.”

To advocates, this is simply beyond the pale, even for a reform opponent. Promoting research into cannabis is an overwhelmingly bipartisan issue, and top federal drug officials have repeatedly urged Congress to support policies that make it easier to study the risks and benefits of the plant. What’s more, Lesko represents a state with adult-use legalization on the books.

“There is no way to describe Representative Lesko’s governing philosophy in regards to cannabis other than to deny reality and maintain oppression,” Justin Strekal, political director of NORML, told Marijuana Moment. “Her absurdity is in direct contrast to the will of her constituents, as demonstrated by the recent legalization initiative in Arizona.”

These are just some of the recently filed drug policy amendments. One of the other more notable proposals from Rep. Kurt Schrader (D-OR) would affect funding for FDA to “highlight the need for the Agency to proceed with rulemaking on cannabidiol (or CBD) by no later than 180 days after enactment, out of concern that the FDA has not initiated rulemaking to establish a regulatory pathway for CBD as a dietary supplement and food ingredient.”

Rep. Doug LaMalfa (R-CA), who recently hopped on a bulldozer to help local California police eradicate illicit marijuana grows, filed an amendment to transfer “$25 million from the Environmental Programs and Management enforcement activities account to the National Forest System account for enforcement and remediation of illegal marijuana trespass grow sites on federal lands and for the clean-up of toxic waste and chemicals at these sites.”

LaMalfa separate filed a proposed change to block federal funding for needle distribution programs. And in a similar vein, Rep. Ted Butt (R-NC) introduced an amendment to prevent the use of funds to purchase clean syringes. A nearly identical revision would prevent such use in Washington, D.C. specifically. Each of the measures take aim at harm reduction policies that advocates say could help mitigate the drug overdose epidemic.

On the other side of the spectrum, Rep. Eleanor Holmes Norton (D-DC) filed amendments to the large-scale minibus appropriations legislation that would make it so marijuana possession or consumption could not be used at the sole basis for denying people access to public housing.

Meanwhile, a bipartisan group of congressional lawmakers is now circulating a letter to build support for an amendment to a separate spending bill that would protect all state and tribal marijuana programs from federal interference—going beyond the existing measure that shields only medical cannabis states that’s currently enacted into law.

The Rules Committee will meet next week to decide which of the submitted amendments will be deemed in order for votes on the floor of the full House of Representatives.

The appropriations process this session has seen numerous drug policy reform provisions included in bill text and attached reports—including protecting banks that work with marijuana businesses, encouraging government agencies to reconsider policies that fire employees for use and stopping immigrants from being deported for cannabis, among other issues.