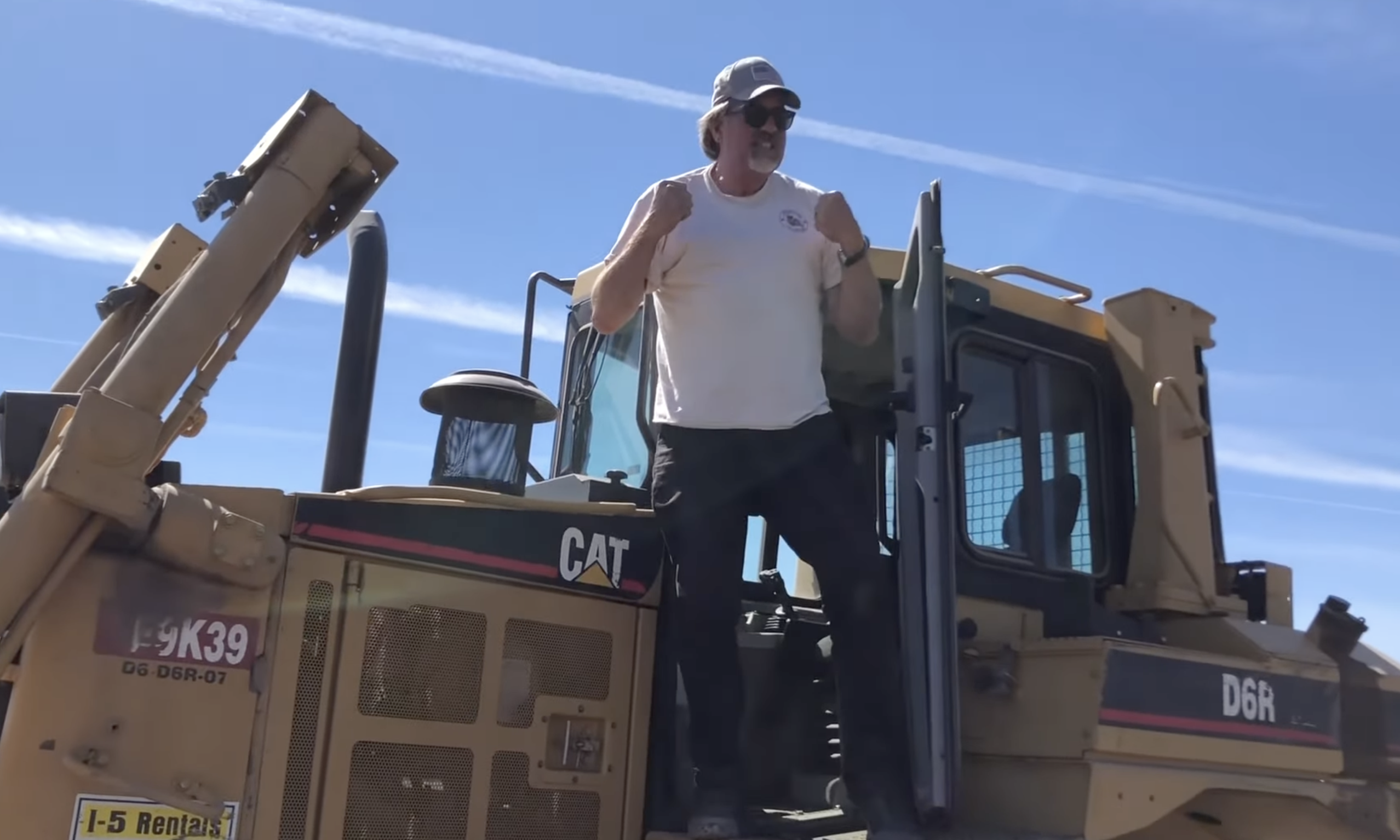 A GOP congressman released videos on Wednesday showing him teaming up with local California police to bulldoze illegal marijuana grow sites—flexing his muscles, deploying cheesy quotes and grinning throughout the volunteer task.

The Siskiyou County Sheriff’s Office had asked for help eradicating the unregulated cannabis greenhouses back in May, and Rep. Doug LaMalfa (R-CA) was among those to quickly raise their hand. Videos released by his office show a self-satisfied congressman climbing into a bulldozer and helping to bring down a large white canopy where the marijuana was being grown.

“I love the smell of diesel power in the afternoon. It smells like victory,” LaMalfa said in one clip, an homage to a classic line in the 1979 war film “Apocalypse Now.”

The congressman, who has consistently opposed marijuana reform legislation in Congress, said he participated in the eradication effort to highlight the environmental consequences of illicit grow operations, organized crime and the labor issues associated with the sites.

“Sometimes the best solution is large diesel powered equipment,” LaMalfa said. “We must stop the human trafficking, the pollution, and the organized crime that is pervasive in these grows. The illegal pesticides and fertilizers that permeate the marijuana plants don’t go away once the plants are sold or destroyed. I’m working with the county and pressuring the federal government for more assistance from law enforcement to help clean up.”

To that end, the congressman has given no less than eight House floor speeches in recent years urging the federal government to provide additional resources to help states get rid of illicit marijuana grows. And he’s also filed legislation to to give resources to law enforcement to eradicate illegal marijuana grows on public lands, increase fines and penalties for such cultivation and establish a fund to restore land damaged by that activity.

This week, LaMalfa introduced an amendment to spending legislation for the 2022 fiscal year that would transfer “$25 million from the Environmental Programs and Management enforcement activities account to the National Forest System account for enforcement and remediation of illegal marijuana trespass grow sites on federal lands and for the clean-up of toxic waste and chemicals at these sites.”

So the bulldozer stunt, while eccentric, is very much on brand for LaMalfa. One of the videos concludes with him exiting the machine and flexing his arms in a display of triumph for killing some plants.

“Nothing about the organized criminal grows in Siskiyou county is legal. These grow sites are destroying our environment. Trash is piled everywhere, human excrement is untreated in open pits, illegally used pesticides are strewn about and fuel containers leak into the dirt,” LaMalfa said. “Local wildlife is now nonexistent in the area of these grows. This cannot be tolerated.”

Another California congressman, Rep. Mike Garcia (R-CA), recently attempted to get an amendment passed that would have added new appropriations report language directing the Justice Department to aid local police in cracking down on illegal marijuana operations. However, he withdrew it at the request of Cannabis Caucus co-chair Rep. Dave Joyce (R-OH).