People are increasingly more interested in CBD—or cannabidiol—than other health trends such as acupuncture, apple cider vinegar, exercise and veganism, according to a new review.

In fact, the non-intoxicating cannabis compound has risen in popularity so much that people Google it nearly as much as they do for yoga and e-cigarettes.

In a paper published in the Journal of the American Medical Association on Wednesday, researchers said that an analysis of Google search data from January 2004 to April 2019 showed stagnant results for “CBD” and “cannabidiol”—up until 2014, when searches spiked and continued to grow year over year.

Searches for the terms increased 126 percent in 2017 compared the previous year, were 160 percent higher in 2018 versus 2017 and they’re expected to rise again by 117 percent this year over 2018’s figures “based on observed and forecasted volumes.” 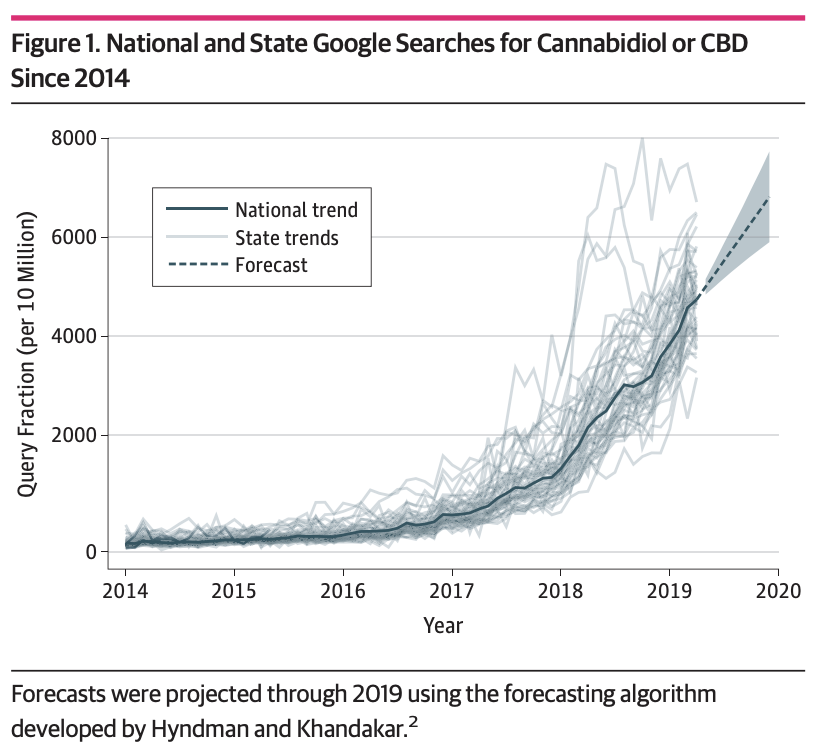 “The findings of this longitudinal cross-sectional study indicate that interest in CBD across the United States has increased considerably and is accelerating. While our study is limited in that Google searches may reflect interest in CBD rather than interest in use, search trends are associated with many health-related behaviors, including the rise of electronic cigarettes, years ahead of traditional data,” the study authors wrote. “Thus, our findings suggest that investigation into CBD should become a public health priority to catch up with the public’s interest.”

In addition to urging more in-depth studies on who uses CBD and for what purposes, the researchers suggest that “product safety standards must be developed” because products on the market today are often mislabeled or adulterated. They also advocated that “marketing practices around CBD should be standardized, as marketing that misleads the public could erode trust in evidence-based medicine.”

Americans searched for the compound, which was federally legalized in December so long as it’s derived from hemp, about 6.4 million times in April 2019 alone. People in Vermont, Wisconsin, Tennessee, Colorado, New Hampshire and Oregon have searched for CBD the most this year. 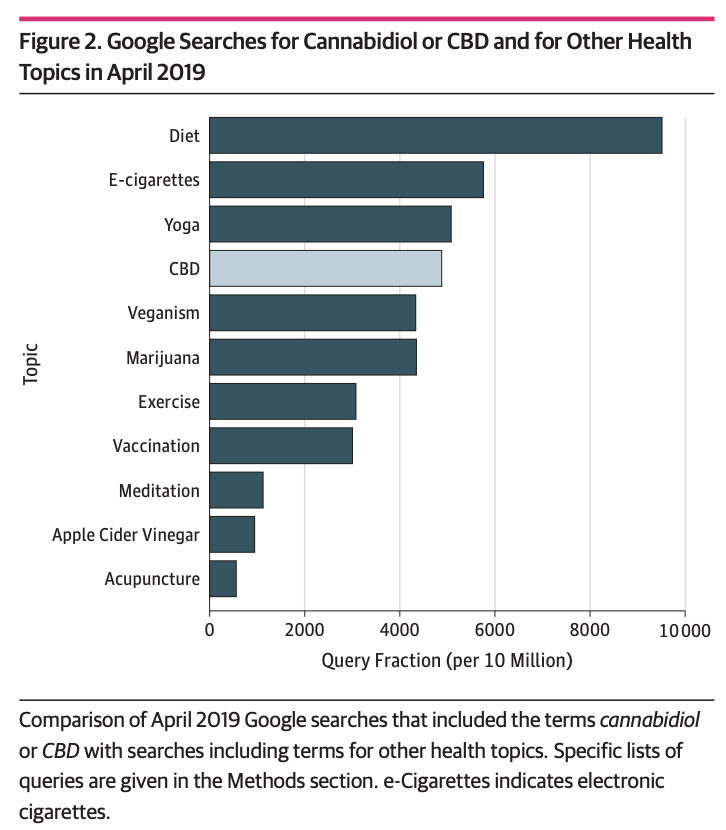 The spike in interest in CBD seems to coincide with an increase in usage of the compound, as Gallup released a survey in August that showed one-in-seven Americans consume cannabidiol products.