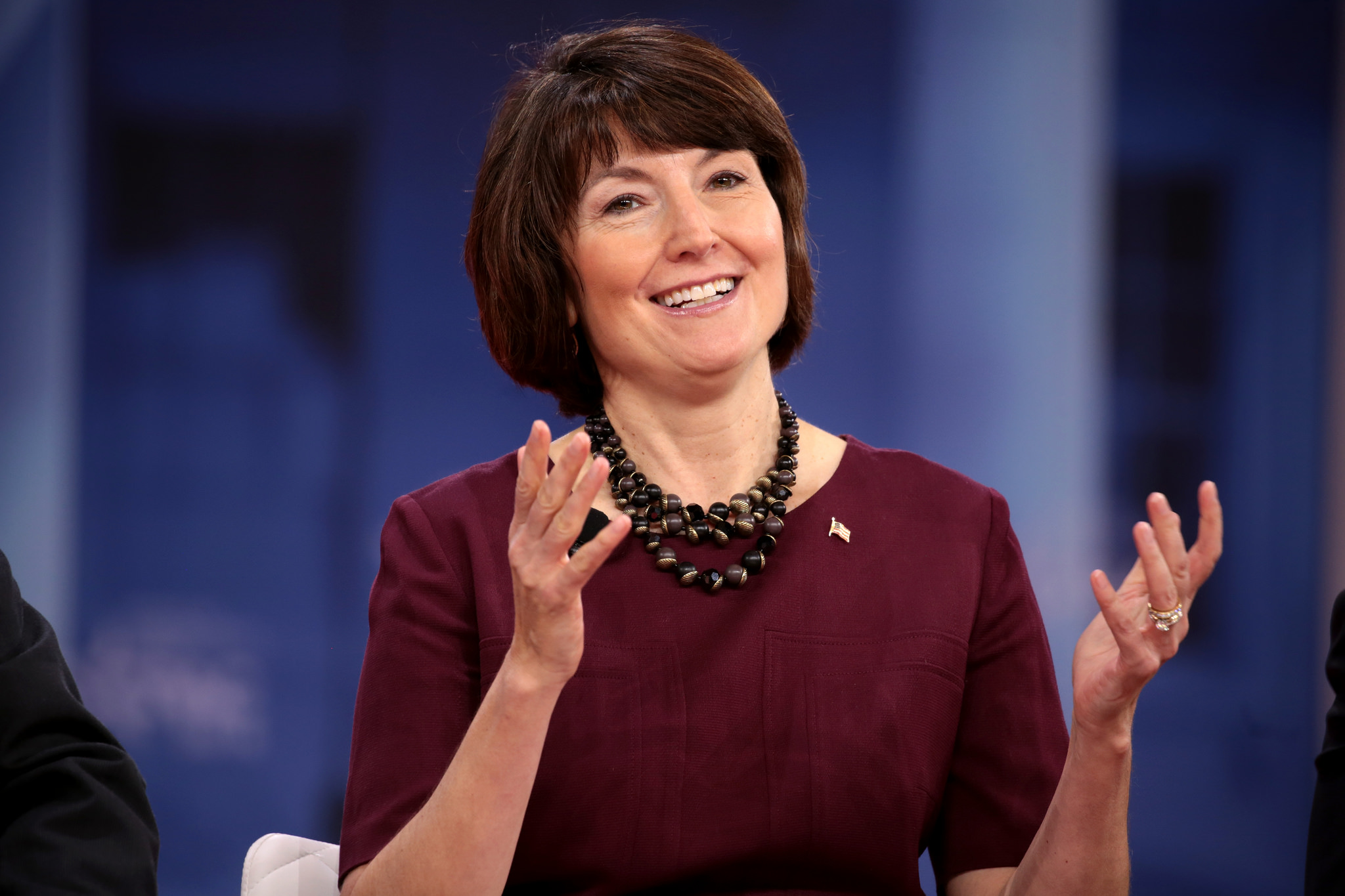 A top Republican leader in Congress is questioning U.S. Attorney General Jeff Sessions’s decision to rescind protections for local marijuana laws and says that letting states implement legalization means “we get to see the laboratories of democracy at work.”

The new comments from the fourth highest ranking GOP lawmaker in the House represent a big shift for Congresswoman Cathy McMorris Rodgers (R-WA), who has until now consistently opposed efforts on Capitol Hill to protect state cannabis laws from federal interference.

But in a new interview with local newspaper the Spokesman-Review, the Republican congresswoman says she “lean[s] against” Sessions’s move earlier this year to erase the Obama-era Cole Memo, which generally advised federal prosecutors not to interfere with state marijuana laws.

She also now says cannabis should “maybe” be rescheduled under the Controlled Substances Act.

As chair of the House Republican Conference since 2013, McMorris Rodgers is “responsible for electing the House Republican leadership, approving GOP Member committee assignments, managing leadership-driven floor debates, and executing a communications strategy,” according to the party’s official description of the role.

As such, her evolving position on cannabis is in stark contrast to other party leaders, such as Rules Committee Chairman Pete Sessions (R-TX), who has consistently blocked marijuana amendments from even reaching the floor of the House for consideration over the past several years.

And McMorris Rodgers’s comments contradict her own voting record on the issue over a period of more than a decade.

Despite the fact that Washington State has had legal medical cannabis since 1998, McMorris Rodgers, who entered Congress in 2005, voted five times against floor amendments to bar the Department of Justice from interfering in her state and others with medical marijuana programs.

In 2015, she also opposed a broader measure to shield state with recreational marijuana laws from federal interference. Washington State voters legalized marijuana via a ballot initiative in 2012.

On three occasions from 2014 to 2016, McMorris Rodgers voted against amendments to let military veterans receive medical cannabis recommendations from their Department of Veterans Affairs doctors. While, she did support a narrow measure in 2015 to shield limited state CBD medical cannabis programs from federal interference, she opposed a 2014 amendment to protect banks that work with marijuana businesses from being punished by regulators. And she voted against a number of amendments to let states implement hemp programs.

In a 2016 interview with Roll Call, she expressed concern that legalization of marijuana is creating an “increased underground economy” and that cannabis is a gateway drug.

“Marijuana often is the entry to other types of substance abuse,” she said.

To be sure, the congresswoman’s new remarks this month are fairly measured, and it would be a mistake to count her as a converted legalization supporter.

“I continue to have concerns about especially recreational marijuana, and the impact it may have on children,” she said in the new interview.

But it is nonetheless remarkable that a Republican lawmaker outranked by only the speaker, majority leader and majority whip would call into question a major move by a presidential administration of her own party to rescind cannabis protections instituted by the former Democratic administration. And it is notable, in light of her voting record and the position of other GOP House leaders, that she would voice even tempered support for letting states implement their marijuana laws without federal interference.

“It appears that the leader of the pack is finally catching up to the pack,” Don Murphy, director of federal policies for the Marijuana Policy Project, told Marijuana Moment, referring to the growing number of rank-and-file Republicans who are embracing cannabis reform. “Not only is Rep. McMorris-Rodgers getting in step with many in her conference, but her constituents as well.”

“It has become increasingly difficult for Republicans who campaign on limited government, free markets and federalism to publicly oppose drug policy reform and defend the status quo. It is both inconsistent with those beliefs and the will of their voters.”

When McMorris Rodgers was asked at a town hall meeting roughly a year ago how she would react to the attorney general going after compliant marijuana businesses in legalization states, she said, “I would support his efforts.”

The shift coincides with the increasing political popularity of marijuana law reform among voters as well as a growing sense that Democrats are poised to seize control of at least one chamber of Congress in November’s midterm elections.

The incumbent, who has won reelection by 20-to-30-point margins for the past several election cycles, seems to be a little more worried about retaining her seat this time amidst a rising national blue wave.

The Cook Political Report ranks the race as “lean Republican,” one step up from toss-up status.