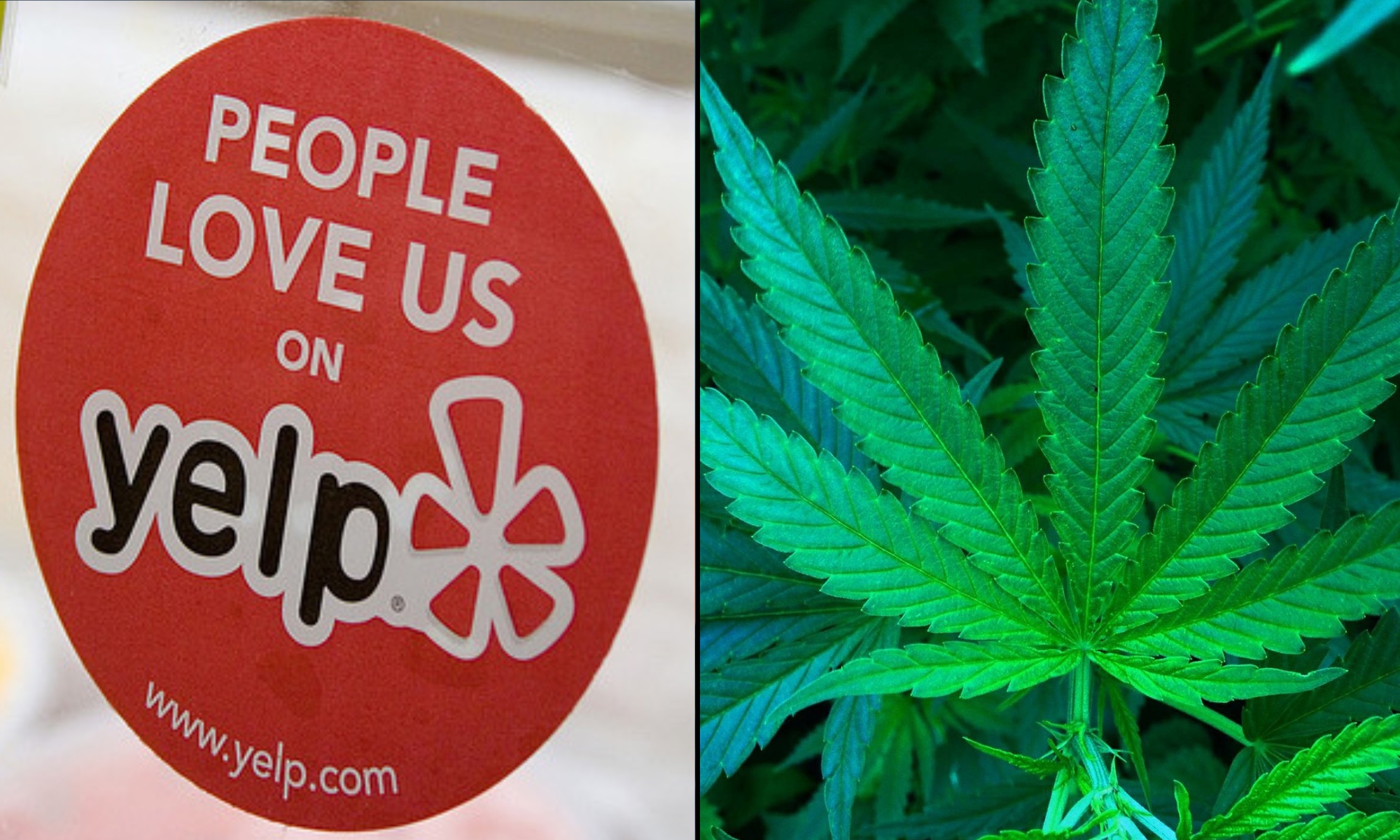 Two cannabis businesses have shared an email from Yelp announcing the policy change. It states that the company had “unfortunate news” and that it will be removing both the “Business Highlights and Portfolio advertising options for cannabis-related businesses, effective immediately.”

“We will be removing these programs from your Yelp page over the course of the next few business days,” the email continues.

The Berkeley Patients Group (BPG), which is the longest-running cannabis dispensary in the country, told Marijuana Moment on Wednesday that it has already seen a significant impact since receiving the notice two days earlier.

“This is yet another blow for us—amidst a devastating pandemic, no less,” BPG Director of Marketing Lauren Watson said. “Yelp was one of only a few effective advertising channels available to legal cannabis companies, and now, without warning, we’re being shut out. Just two days after the new policy was implemented, we’re seeing over a 60 percent decline in page views.”

In a tweet, the chief technology officer of cannabis delivery company Bud.com shared a screenshot of the email from Yelp.

Two features forward – one feature back? We just got this email from Yelp: they have elected to discontinue a few of the few advertising options for cannabis businesses on their platform: pic.twitter.com/ZbidzrNbrG

“It’s frustrating to pay taxes and compete with unlicensed folks who can advertise digitally against you,” he said.

The Business Highlights service allows individuals to pay to feature up to six descriptors on their page showing what “makes their business unique” such as “family-owned.” The separate Portfolio option is another paid feature where businesses can include photos of projects they’ve completed “to showcase their quality of work, expertise, and specializations along with additional details such as cost and project timelines.”

A Yelp spokesperson told Marijuana Moment that the company made the policy change in February—though these two marijuana businesses said they only received notice of the change this week. Just prior to when the company says it made the decision to block marijuana firms from the premium products, an NBC News investigation found that Yelp’s site included pages for unlicensed cannabis dispensaries, prompting the launch of the verification process.

The company allows “cannabis businesses on our platform in all states where it is either recreationally or medically legal, as it’s important that consumers have access to first-hand information about these businesses,” the spokesperson told Marijuana Moment.

The representative did not directly reply to a question about the reasoning for the policy change. Instead, they discussed how Yelp does not “take revenue from cannabis businesses that have not purchased our Verified License product.”

“By verifying their license to operate, Yelp is able to confirm to consumers that the business has satisfied the requirements of their local regulator to operate legally,” they said. “Once verified these businesses are then eligible to purchase Yelp’s enhanced profile product only, at this time.”

Asked for clarification about whether verified marijuana businesses are eligible for the two advertising services mentioned in the email announcing the change to current clients, the spokesperson confirmed they are not.

“If a cannabis company purchases Verified License, they’re then only eligible to purchase Yelp’s enhanced profile product, at this time,” they said.

The company did not immediately respond to a follow-up question about why at least some businesses were not notified about the policy change until this week even though the company says it made the decision four months ago.

“This is just one more example of prohibition discouraging companies from working with legal cannabis businesses, depriving them of the basic and vital services enjoyed by every other industry,” Morgan Fox, media relations director for the National Cannabis Industry Association, told Marijuana Moment. “Given Yelp’s size and accessibility, this unfortunate decision will certainly be a blow to many cannabis businesses which are already hurting because of the pandemic, as well as lack of access to relief funds and other financial services.”

“Thankfully, there are some other services out there that can provide business information to consumers which are either tailored to cannabis or are willing to work with related businesses,” he said.

While Yelp provides the verification service for licensed marijuana businesses, the cannabis-focused directories Weedmaps and Leafly have both taken steps in recent months to prevent unlicensed shops from being advertised on their sites. WeedMaps said it removed about 2,700 listings for illegal dispensaries as of January and Leafly reported that it booted about 1,000 as of September 2019.

Summer Dreams Of Marijuana-Infused Slushies Are Melted By Oklahoma Regulators