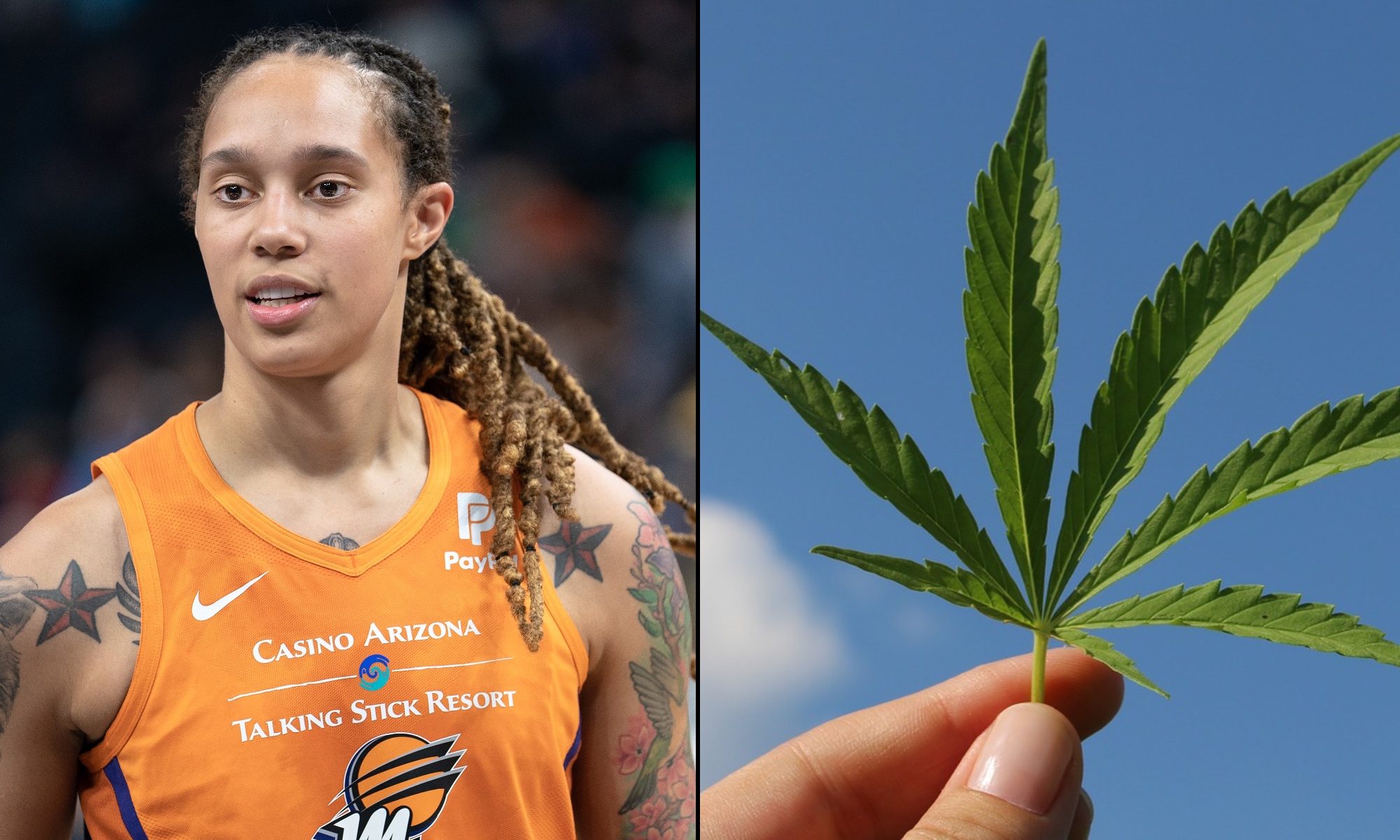 The U.S. government is strongly condemning a Russian court’s decision to reject an appeal for WNBA player Brittney Griner, who was sentenced to nine years in prison for possessing vape cartridges containing cannabis oil.

As as the court handed down the ruling on Tuesday—despite Griner’s attorney providing proof that she was a registered medical cannabis patient in Arizona—another U.S. citizen who was convicted over marijuana in Russia has reportedly been transferred to a secret penal colony, without contact with his family.

That latter case hasn’t received the same level of public attention from the White House, however. Marc Fogel, who formerly worked at the U.S. Embassy in Moscow, was sentenced to 14 years in Russian prison for possession of 17 grams of cannabis, which he said he used for medical purposes to treat back pain.

For Griner, however, the U.S. State Department was relatively quick to assign her case as a wrongful detention, escalating the urgency as President Joe Biden has worked to personally assure her family that the White House is doing everything it can to secure her release. There’s some expectation that a prisoner swap may be on the table once the judicial appeals process is exhausted.

“I was barely over the significant amount [of cannabis oil],” Griner said at her appeals hearing, which she attended virtually from a penal colony outside of Moscow, according to Reuters. “People with more severe crimes have gotten less than what I was given.”

She’s repeatedly said that she accidentally packed the cartridges in her luggage before her flight to Russia, where she was playing basketball during the WNBA off-season.

“We are aware of the news out of Russia that Brittney Griner will continue to be wrongfully detained under intolerable circumstances after having to undergo another sham judicial proceeding today,” White House National Security Advisor Jake Sullivan said in a statement on Tuesday morning.

“President Biden has been very clear that Brittney should be released immediately,” he said, adding that the administration “has continued to engage with Russia through every available channel and make every effort to bring home Brittney as well as to support and advocate for other Americans detained in Russia.”

“The President has demonstrated that he is willing to go to extraordinary lengths and make tough decisions to bring Americans home, as his Administration has done successfully from countries around the world. The Administration remains in regular touch with representatives of the families, and we continue to admire their courage in the face of these unimaginable circumstances.”

At a briefing later in the day, White House Press Secretary Karine Jean-Pierre called the Russian court ruling “appalling,” saying that it “only increases the urgency of our efforts to bring Brittney home.”

“We will also continue to support and advocate for other Americans detained in Russia,” she said, citing the case of Paul Whelan, an American detained in Russia for alleged spying and whom the administration has sought the release of along with Griner, reportedly via an offer for a high-level prisoner swap.

Jean-Pierre did not mention Fogel.

Meanwhile, WNBA also condemned the news out of Russia, saying that “no athlete should be used as a political pawn.”

WNBPA Statement Regarding Brittney Griner's Appeal and a Call to Action.#WeAreBG#BringBGHome pic.twitter.com/lpUyYtfyxC

Fogel, meanwhile, is reported to have been transferred to an undisclosed penal colony, and his family says they’ve lost contact with him, according to The Daily Mail. The U.S. citizen, who was also a registered medical cannabis patient in Pennsylvania, was convicted of “large-scale” drug smuggling over the small amount of marijuana.

A key difference in the case comes down to the fact that Griner’s situation has been formally characterized as a wrongful detention by the U.S. government, whereas Fogel’s case has not been given that designation.

As State Department spokesperson Ned Price explained in May, officials take into account 11-point criteria when determining whether a given case amounts to a wrongful detention. For example, if the U.S. has reason to believe that due process is being impaired, that the person was arrested solely because they are a U.S. national or that they are innocent of the stated charges, that would warrant a wrongful detention designation.

The White House has previously said it’s actively investigating Fogel’s case as well. And in August, a bipartisan group of House and Senate lawmakers put pressure on the Biden administration to work to free Fogel.

Another coalition of bipartisan senators sent a letter to Secretary of State Antony Blinken in August, urging attention to the case and arguing that he should be classified as wrongfully detained.

The administration has faced consistent criticism over domestic marijuana policy in the context of Griner’s conviction and imprisonment, with advocates arguing that the U.S. would be better positioned to secure her release if it didn’t also criminalize people over cannabis.

Biden did issue a mass pardon this month to all Americans who’ve committed federal marijuana possession offenses, but advocates have pushed for further reform to ensure that nobody is in prison over cannabis. A collection of advocacy organizations staged a protest outside of the White House on Monday to raise attention to the issue.

Russia, for its part, has taken a particularly strong stance against reforming cannabis policy at the international level through the United Nations. And it condemned Canada for legalizing marijuana nationwide.

Biden Health Secretary Has Already Talked To FDA About Marijuana Scheduling Review, Which Will Move ‘Quickly’