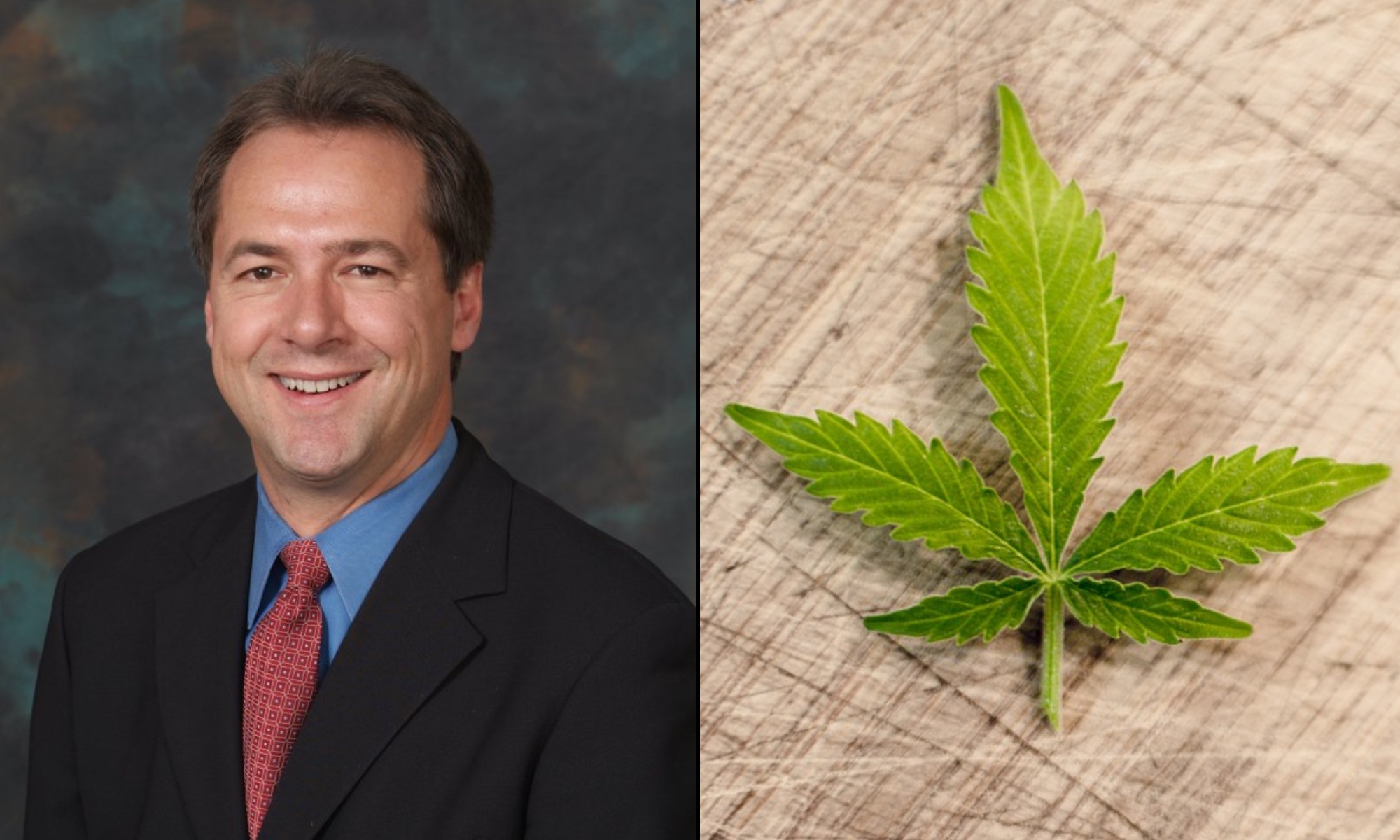 Steve Bullock announced on May 14, 2019 that he was seeking the 2020 Democratic presidential nomination. He dropped out on December 2.

The Montana governor, who previously served as the state’s attorney general, supports medical cannabis, but his stance on legalizing marijuana for adult use is unclear. NORML gives Bullock a “B” grade based on his record.

This piece was last updated on December 2, 2019 to include the candidate’s statements and policy actions on marijuana since joining the race.

As attorney general and a gubernatorial candidate in 2012, Bullock voiced opposition to a law that repealed the voter-led initiative and replaced it with a more tightly controlled system.

He said he voted in favor of the 2004 initiative and would also be voting to strike down the new law, SB 423, when voters got the opportunity in the form of a veto resolution initiative on the November 2012 ballot. (That measure did not succeed in repealing the law.)

“What we want to do is make sure those in legitimate medical need get the opportunity to get medical marijuana and those that don’t are precluded from doing so,” he said during an October 2012 gubernatorial debate.

“I don’t want unlimited grow operations and things like that. I don’t think anybody does,” he added. “I don’t think we want the chronic pain of ages 19 to 29 be the largest group [of medical cannabis patients]. We can put sideboards on this and we can actually make it as other states have done and it will make a difference.”

Days after that debate, Bullock was asked to respond to criticism from his opponent that he lacked leadership in the regulation of medical cannabis as attorney general. Bullock pushed back, noting that he organized meetings with law enforcement and sent a memo to the legislature outlining areas where he felt the system could be further reformed.

“We were working on solving the issue and we still have to do more to solve the issue,” he said. “We still have to make sure that we have a system where we can closely and tightly regulate it. Those that are entitled to it under the law, we want to get it, but we also don’t want abuses. And we can make that system.”

The year before he came out against the law to scale back the voter-approved medical cannabis system at the gubernatorial debate, Bullock argued in his capacity as attorney general that a lawsuit challenging the reform measure’s constitutionality was baseless.

The law, which was enacted without the then-governor’s signature, was meant to stymie the commercial market, prohibiting large scale manufacturers and shifting to a “grow-your-own” model that allowed registered patients to cultivate marijuana for personal use and let caregivers grow for up to three patients.

Industry advocates filed the lawsuit, calling the new system “unconstitutional.” In response, Bullock said “their arguments are based more on political and policy grounds than on sound constitutional principles.”

“Unfortunately, the narrow door the voters agreed to [in 2004] for compassionate use of medical marijuana was blown open by abuses and commercialization,” his office said at the time.

When that case was eventually settled in 2016, with the state Supreme Court upholding most of the law’s provisions, Bullock came to the defense of patients as governor. He sided with advocates who requested a 14-month delay of the enforcement of the court’s ruling.

“I am concerned about the ability of thousands of patients with serious medical conditions to access a treatment that has been approved by their doctors,” he said in a statement.

Voters approved a separate medical cannabis initiative in November 2016—eliminating patient limits for caregivers and the requirement for a second physician’s opinion before patients with chronic pain could access marijuana.

Bullock signed a bill in May 2017 that made a series of amendments to the new voter-approved initiative, including implementing seed-to-sale tracking systems, adding requirements for testing facilities and imposing fees on providers and dispensaries. It also removed a requirement that parents had to be the caregivers of minors.

Also that year, the Bullock signed a bill to impose the first taxes on medical marijuana sales. Cannabis providers would be taxed four percent on gross sales, dropping to two percent in June 2018.

In 2015, Bullock signed HB 463, a bill to dramatically reform the state’s civil asset forfeiture laws, which are often used against people accused of committing drug offenses. It would require a conviction before police seize the assets of a property owner suspected of engaging in criminal activity.

Since launching his campaign, Bullock has largely taken a states’ rights approach to his marijuana platform, repeatedly arguing that the federal government should not intervene in state-legal programs.

Bullock on the legalization of medical marijuana: “I think this should be left up to the states” … “I think the federal government should get out of the way and this is a state by state decision.”

“I think this should be left up to the states,” he said in July. “I think the federal government should get out of the way and this is a state-by-state decision.”

He made similar remarks in an interview in October, stating that decriminalization “should be a state-by-state decision.”

LIGHTNING ROUND with @GovernorBullock on everything from Medicare to marijuana. Here’s an excerpt from our exclusive ‘Campaign Converstaions’. Tune in tonight. 🌩 @WeAreSinclair pic.twitter.com/suuVG9Wfz5

“We’ve taken some great strides on medical marijuana in Montana, but the federal government needs to get out of the way,” he said.

During a campaign event in Iowa in November, the governor said “I am for medical marijuana.” He again added that the federal government shouldn’t dictate what states do with regard to cannabis policy.

“I am for medical marijuana,” Bullock says responding to a Q about that. He says the federal government should get out of the way to let states make programs for it.

“Gov. Bullock believes the criminalization of marijuana has ruined the lives of too many Americans and cost taxpayers too much money imprisoning non-violent offenders, and supports legalization and taxation of marijuana with appropriate regulations to prevent abuse,” his campaign told USA Today. “The governor will work to remove barriers at the federal level that conflict with states’ decisions to have medical marijuana or legalize it outright.”

At a speech before the National Press Club in August, Bullock noted that people of color are four times more likely to be arrested over marijuana than white people are.

In April 2017, Bullock criticized the Justice Department under the Trump administration for being out of touch on the issue of cannabis and for indicating that it would crack down on state-legal marijuana programs.

“When it comes to marijuana, and marijuana for medicinal purposes—which Montana has—I think [Attorney General Jeff Sessions] is dang near a decade late,” he said. “That cat is kind of out of the bag. We’ve been spending a lot of time in our legislature saying: Let’s look at our overall correctional system.”

Advocates have also applauded Bullock for standing up for the rights of medical cannabis patients to use and possess firearms.

In a 2011 letter to then-U.S. Attorney General Eric Holder, he wrote that a Bureau of Alcohol, Tobacco and Firearms and Explosives (ATF) memo explicitly stating that medical marijuana patients are disqualified from owning guns even if they use cannabis in compliance with state law “implicates serious legal issues under the Second Amendment, and the equal protection and due process clauses of the Fifth Amendment.” It also “raises serious policy and practical concerns.”

“I am willing and prepared to work constructively with your staff on exploring reasonable solutions to the problem created by the [ATF] letter,” he wrote. “By working creatively and cooperatively, I believe we can find an approach that works for the states that have authorized the use of marijuana for medical purposes.”

“This would be much better than the type of unilateral proclamation represented by the ATF letter, which was issued without any advance notice or discussion with the elected officials who represent more than one-fourth of this nation’s population, and one-third of its states,” he said.

It does not appear that the governor has spoken publicly about any personal experience with marijuana. While discussing his support for the 2004 medical cannabis legalization initiative, however, he said that voters “all had somebody in mind,” indicating that he knows people who’ve used cannabis medicinally.

Marijuana Under A Bullock Presidency

Bullock’s lack of commentary on broader marijuana reform casts doubts on whether he’d support wide-ranging legislation to end federal prohibition. It also generally implies that cannabis reform would not be at the top of his agenda if elected.

As other candidates compete to demonstrate a strong interest in the issue, sponsoring or cosponsoring bills to fundamentally change the country’s marijuana laws with some talking about going beyond cannabis in terms of drug policy reform, Bullock stands out for his relative silence.

That said, Bullock has been relatively consistent in his support for patient access to medical marijuana and it appears likely that states with such programs would be protected from federal interference under a Bullock administration.