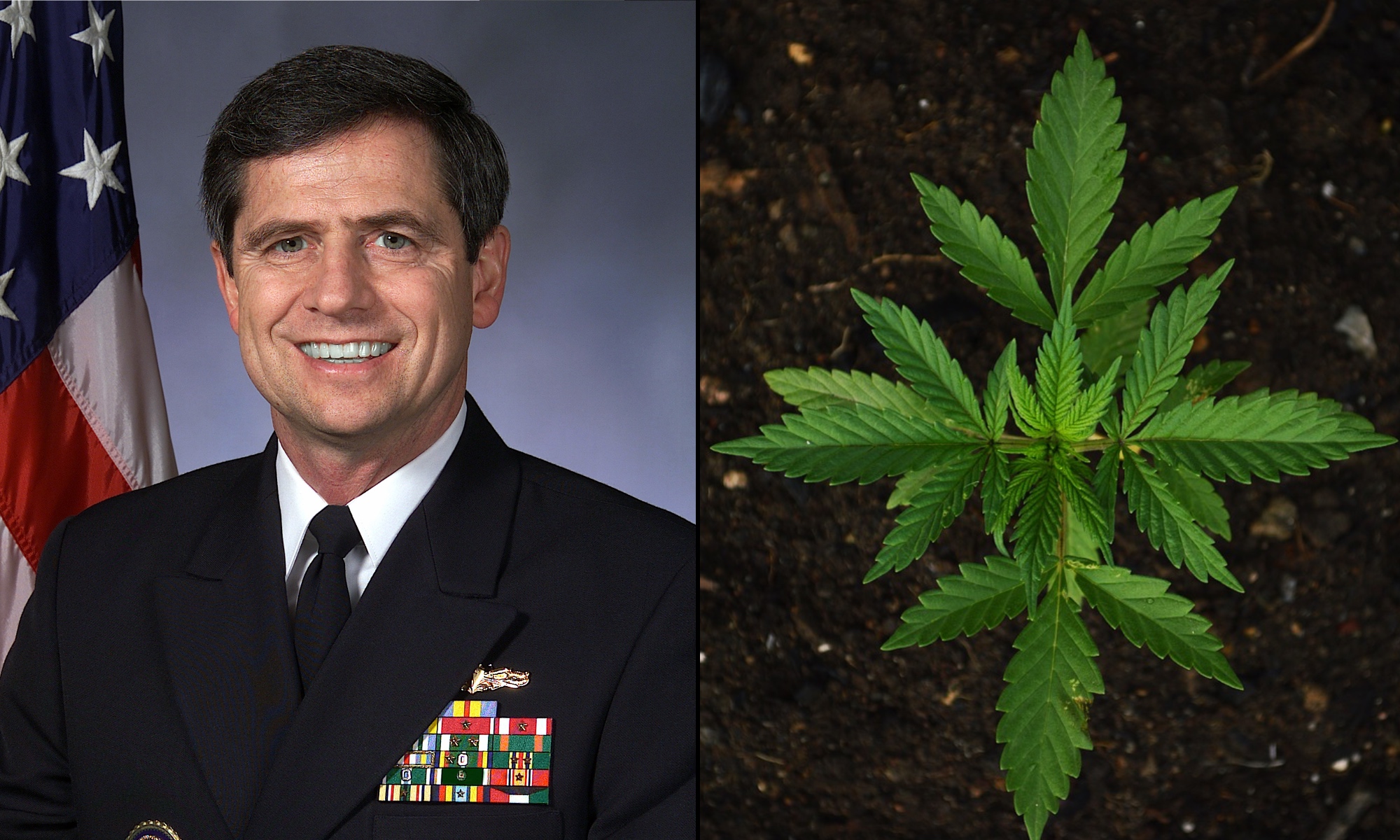 Joe Sestak, a former congressman from Pennsylvania and three-star vice admiral in the Navy, announced on June 23, 2019 that he was launching a relatively late run for the 2020 Democratic presidential nomination, and he ended his campaign on December 1.

Though his record in Congress doesn’t offer many insights into where Sestak stands on marijuana policy, he took one vote in support of shielding state medical cannabis laws from federal interference, and his current campaign site proposes reforming federal laws to facilitate research into the therapeutic potential of psychedelics.

This piece was last updated on December 2, 2019 to include the candidate’s statements and policy actions on marijuana since joining the race.

Sestak served in Congress from 2007 to 2011. In that time, he did not proactively sponsor or cosponsor any cannabis-related legislation.

The congressman was present for a vote on just one marijuana amendment attached to a spending bill—one to protect states that have legalized medical cannabis from Justice Department intervention—and he voted in favor of the proposal, even though his state had not yet enacted its own medical marijuana law.

Marijuana reform was not prominently featured in Sestak’s brief campaign, but his campaign site did include cannabis decriminalization as part of his social and racial justice agenda.

“Decriminalize marijuana and address drug abuse with more and better addiction treatment, not more prosecution and incarceration of nonviolent offenders,” it states.

Sestak expanded on that perspective in a statement to USA Today, where he also voiced support for allowing states to set their own cannabis policies.

“I recognize that the prohibition of marijuana has led to far worse effects on society than the drug itself, particularly as it has led to millions of people—mainly people of color—being arrested,” he said. “Therefore I will move to decriminalize and legalize it for medicinal use, but leave it up to individual states to decide whether or not to legalize it for recreational purposes.”

One of the more revealing positions on drug policy that Sestak has offered also comes from his campaign site: he said that he supports efforts to combat mental health conditions and addiction, and one part of that plan involves changing “federal law to allow doctors and scientists to expand research into the potential of certain psychedelic drugs to complement traditional substance abuse and other mental health treatment.”

“Anti-drug laws should never be an impediment to sound scientific research, but especially not during a public health crisis such as this one,” he said.

Discussing veterans issues, Sestak said that the country “must learn from innovative approaches taken to reduce chronic veteran homelessness like Phoenix’s ‘housing first’ strategy in which homeless veterans are given housing before being required to prove sobriety or pass a drug test,” which also seems to indicate an openness to alternative approaches to drug policy.

Sestak also argued that President Donald Trump’s proposed wall along the U.S.-Mexico border would be ineffective because “most illicit trafficking of drugs, humans, and weapons, actually happens right under the noses of our border security agents” at legal ports of entry.

He partially blamed “misguided US policies and the high demand for illegal drugs in the United States” for creating crises that leave many to flee their home countries to seek asylum in the U.S.

“Our country, which sends hundreds of millions in foreign aid to these countries, must do a better job of holding Central American officials accountable for seeing that our funds are spent effectively—and that they do not become fuel for the fires of corruption and instability,” he said.

It doesn’t appear that Sestak has posted about marijuana-related issues on his social media accounts, and he has given few comments about cannabis to the media over the years.

The Philadelphia Inquirer did publish an article in 2016 that described Sestak, a former U.S. Navy admiral, as a “longtime supporter of medical access [to marijuana]—especially for vets” but it did not quote the congressman directly. That piece also noted that his position on cannabis decriminalization is unclear.

It does not appear that Sestak has publicly commented on any personal experience he’s had with marijuana.

Marijuana Under A Sestak Presidency

Though some reports indicate that Sestak supports medical cannabis reform, and he took one step to protect states that have implemented such programs during his time in Congress, there are more questions than answers when it comes to the candidate’s position on marijuana.

At the very least, his willingness to vote in favor of medical cannabis protections ahead of his state enacting a medical marijuana law should give patients in legal states some sense of comfort, although his limited record on the issue raises questions about whether he’d be willing to extend those protections to adult-use states—and whether cannabis reform would be a priority of his administration at all.

That said, the fact that he included a position on psychedelics reform on his campaign website signals that he’s cognizant of the issue and that his views on broader drug policy reform may have simply flown under the radar.