If Arizona marijuana activists succeed in placing a legalization initiative before voters this November, it will likely pass by a wide margin, according to a new poll.

In a survey of likely voters, about two-thirds (65.5 percent) of respondents said they would support the proposed measure, the Smart and Safe Arizona Act. That’s a notable shift since residents were surveyed late last year in a poll that showed 54 percent in favor of the policy change.

The survey described the legalization initiative, which would make it legal for adults 21 and older to purchase and possess cannabis and also impose taxes on legal sales, and asked 400 respondents if they would vote yes or no on the proposal

NEW POLL shows 65% of #Arizona voters are likely to vote Yes to legalize the sale, possession, and consumption of one ounce of #marijuana for adults at least 21 years old. READ MORE 👉🏼https://t.co/hTO0L60CRT pic.twitter.com/TygihYdxso

The campaign behind the initiative, Smart and Safe Arizona, said in April that it had collected enough raw signatures to qualify for the ballot. However, those haven’t been verified by the state yet and the group said it plans to continue petitioning to ensure success. Stacy Pearson, campaign manager for the organization, told Marijuana Moment on Tuesday that they’re “on track to turn in more than 400,000 signatures by the July 2 deadline.”

“The HighGround poll is encouraging and tracks with what our internal polling shows—Arizonans are ready to legalize marijuana,” she said. “Particularly in this economic environment, new jobs and tax revenue are important to voters.”

Activists asked the state Supreme Court to allow electronic signature gathering given challenges presented by the coronavirus pandemic, but that request was rejected.

In the poll, which was conducted from May 18-22, the only group that appears divided on the issue are those who identify as “very conservative.” They were evenly split—47.6-47.6 percent—on whether or not they’d vote in favor of legalization. All other demographics were solidly in favor of the proposal. 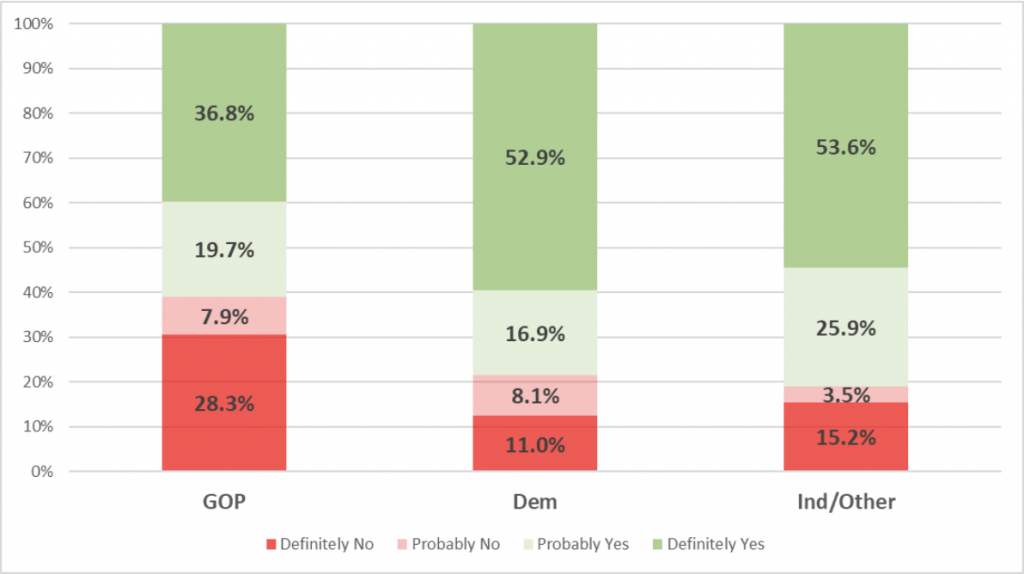 “As long as Smart and Safe Arizona can qualify for the ballot, all signs point to 2020 being the year that recreational marijuana finally becomes legal in Arizona,” Paul Bentz, senior vice president of research and strategy at HighGround, said in a press release. “Of course, there is still strong opposition among some of those who represent the most conservative segments of the electorate. We should expect a legal challenge coming from that audience because at this point, that’s the likely the only way they can defeat this issue.”

A 2016 legalization proposal was rejected by Arizona voters. But in the four years since, more states have opted to legalize and public opinion has continued to shift in favor of reform.

“Clearly, the initiative backers have learned from the mistakes of the past and have done everything they can to put together a more palatable proposal,” Bentz said. “In particular, they were wise to make this proposition more ‘family friendly’ by banning smoking in public and ensuring products cannot resemble children’s candy. Ultimately, that’s likely what got them over the hump with a majority of Republicans.”

Marijuana Legalization And The Fight For Racial Justice (Op-Ed)