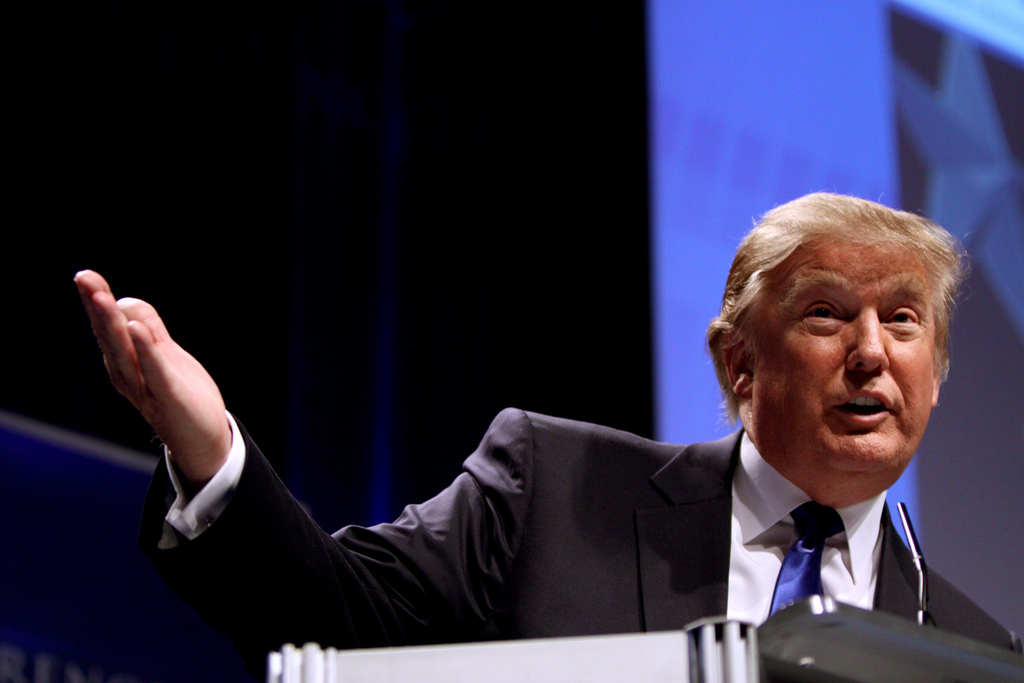 President Trump is preparing to support far-reaching legislation to reform federal marijuana prohibition so that states can enact their own cannabis laws without interference.

“Since the campaign, President Trump has consistently supported states’ rights to decide for themselves how best to approach marijuana,” U.S. Sen. Cory Gardner (R-CO) said in a statement. “Late Wednesday, I received a commitment from the President that the Department of Justice’s rescission of the Cole memo will not impact Colorado’s legal marijuana industry. Furthermore, President Trump has assured me that he will support a federalism-based legislative solution to fix this states’ rights issue once and for all.”

“We’re always consulting Congress about issues including states’ rights, of which the president is a firm believer,” she said.

Sanders revealed that Trump and Gardner spoke about the issue several times in recent days, including on Friday.

The news of the legislative deal, which was first reported by the Washington Post, comes after Gardner placed a hold on Justice Department nominees in protest of U.S. Attorney General Jeff Sessions’s rescinding of Obama-era guidance that has generally allowed states to implement their own marijuana laws without federal interference.

“Because of these commitments [to support marijuana legislation], I have informed the Administration that I will be lifting my remaining holds on Department of Justice nominees,” Gardner said. “My colleagues and I are continuing to work diligently on a bipartisan legislative solution that can pass Congress and head to the President’s desk to deliver on his campaign position.”

A source close to the discussions, who was not authorized to speak on the record, told Marijuana Moment that Sessions was not a party to the new deal between the White House and Gardner.

Details of the legislation are yet to be announced, but in a Facebook Live interview with KDVR-TV in Denver, Gardner said it would be a “universal fix” for federal issues faced by cannabis businesses, including access to banks.

In an interview with The Cannabist, Gardner added that he “would envision this legislation taking care of” tax issues as well.

The Colorado senator also said that he and Sens. Elizabeth Warren (D-MA), Rand Paul (R-KY) and Michael Bennet (D-CO) are close to finalizing a draft bill, which will be “hopefully moving soon.”

Neal Levine of the New Federalism Fund called the news a “game changer,” saying in an interview that “if we’re going to have legislation that ends prohibition on the federal level in any state that’s opted out of prohibition in some form, those issues [like banking] are all going to be resolved.”

Trump repeatedly pledged during the 2016 presidential campaign that he would respect state marijuana laws, a promise called into question when Sessions rescinded the Obama Justice Department’s memo in January.

A timetable hasn’t been set for the new marijuana legislation, though it will be crafted by a bipartisan working group of senators.

Congressman Earl Blumenauer (D-OR), one of the House’s leading champions for marijuana law reform, praised the news but urged caution.

“This is another head spinning moment. We should hope for the best, but not take anything for granted. Trump changes his mind constantly, and Republican leadership is still in our way,” he said in a statement. “Momentum is clearly building in the states and here in DC. The tide is changing. Now is the time to redouble our efforts.”

We can’t take anything for granted. Trump changes with the wind & GOP leadership is still in our way. We need to protect the integrity of state-legal marijuana programs by acting NOW.

The only way to truly protect states that have legalized marijuana is for Congress to act.
https://t.co/rslGaHqEFC

The federal government must respect the decision Oregonians made at the polls. I’m going to keep fighting to protect Oregon’s legal marijuana program and pushing for national reform. https://t.co/807gS9Jnf2

While confirming that Trump “does respect Colorado’s right to decide for themselves how to best approach this issue,” White House legislative affairs director Marc Short also told the Washington Post that the White House is frustrated with Gardner’s tactic of blocking presidential nominees.

“Clearly, we’ve expressed our frustration with the delay with a lot of our nominees and feel that too often, senators hijack a nominee for a policy solution,” he said. “So we’re reluctant to reward that sort of behavior. But at the same time, we’re anxious to get our team at the Department of Justice.”