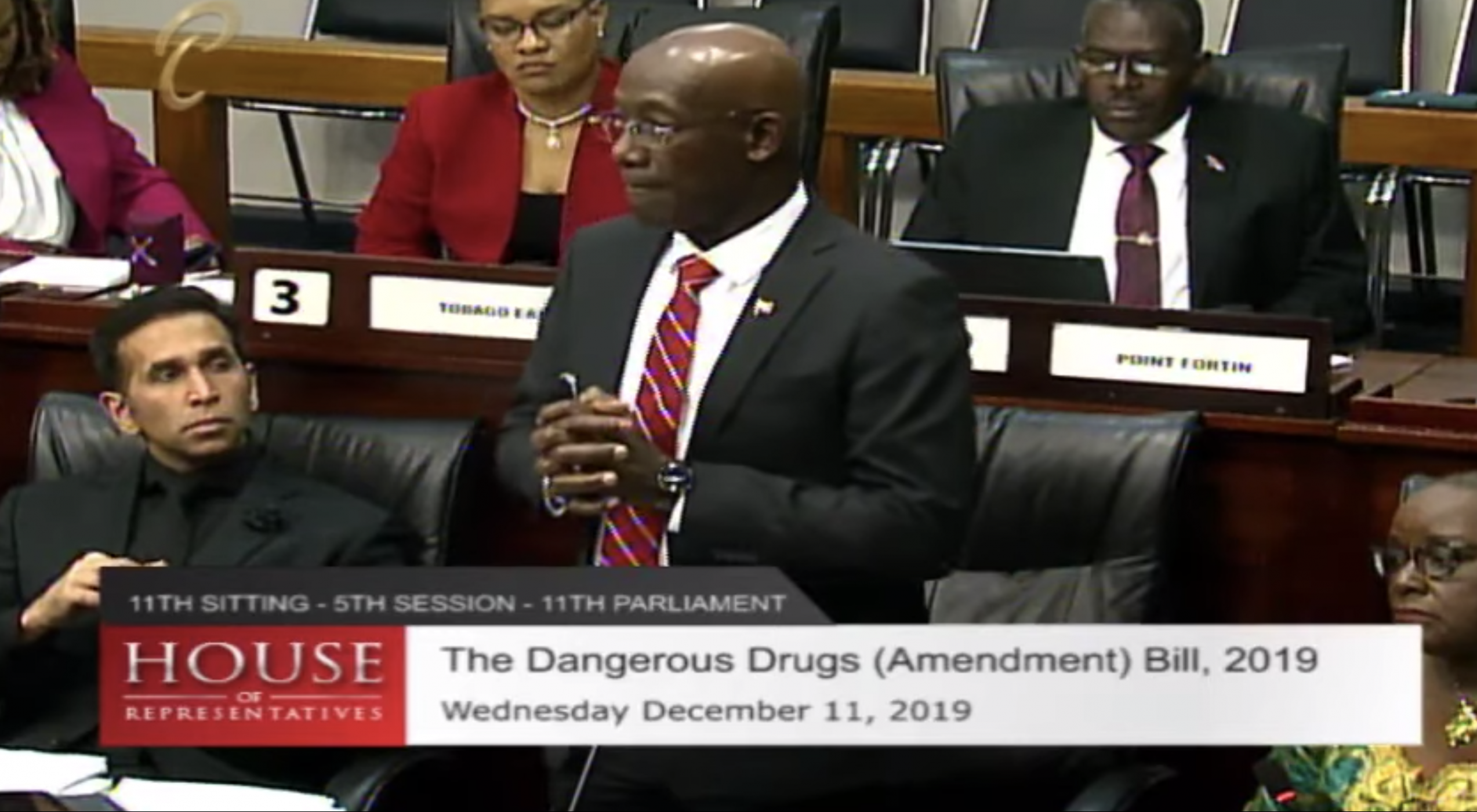 A bill to decriminalize low-level marijuana possession in Trinidad and Tobago was approved by the nation’s House of Representatives on Wednesday.

The recently introduced legislation would remove criminal penalties for possession of up to 30 grams of cannabis. A fixed fine would be imposed for possession of more than 30 but fewer than 60 grams, and it would not impact an individual’s criminal record if the debt is paid.

The proposal would also provide a pathway for expungements of prior cannabis convictions and allow individuals to cultivate up to four plants for personal use. An earlier version specified that they must be male plants, which do not produce flower, but that was amended after lawmakers received public input.

Representatives spent about eight hours debating the bill, and its approval comes after a series of amendments were made in committee. It’s expected to get a vote in the Senate later this month.

There are some provisions that don’t sit well with reform advocates. Specifically, the measure imposes new penalties against possession and distribution of other substances such as LSD, MDMA and ketamine.

The decriminalization bill is one part of a package of marijuana reform proposals that the government brought before Parliament last month. Another piece of legislation, the Cannabis Control Bill, would legalize cannabis for medical, research and religious purposes and establish a regulatory body to approve licenses for marijuana businesses.

That proposal was also discussed during the House session on Wednesday and has been referred to a Joint Select Committee, which is tasked with delivering a report on the bill by February 29, 2020, local journalist Clydeen McDonald reported.

The JSC on the Cannabis Control Bill will report to the @TTParliament by February 29, 2020. Trinidad & Tobago's government only required a simple, however, the bill received the support of the country's opposition in its amended form, the context here: https://t.co/o6ibF39KRS

Prime Minister Keith Rowley and Attorney General Faris Al-Rawi have advocated for the policy changes, arguing that legalization and decriminalization will free up law enforcement resources, promote research into the therapeutic potential of cannabis and address racial justice.

“The history of cannabis is rooted in our country and, in fact, in our culture,” Al-Rawi said in his opening remarks. “Cannabis certainly be traced to several ethnic, religious and cultural traditions relevant to Trinidad and Tobago.”

The prime minister acknowledged that there’s ongoing debate about the extent to which the country should pursue reform and said “this matter is not a simple matter, but it also not a matter that we need to be frightened of.”

“We’re not going to please everybody by doing this,” he said. “There’s a body of opinion that says it shouldn’t be done at all, people should have to behave themselves. If we don’t do it, it is already an integral part of our societal behavior.”

The vote to advance these bills comes one year after the heads of 19 Caribbean nations announced they would be reviewing marijuana reform proposals. Since then, several regional countries such as St. Kitts have moved to change their country’s cannabis laws.