A report from the U.S. Sentencing Commission that was released on Wednesday shows that while drug-related offenses still constitute a sizable chunk of federal prosecutions—larger than fraud and firearms combined—marijuana trafficking cases have significantly declined since states started repealing their cannabis prohibition laws.

There were just over 2,100 federal marijuana trafficking cases in 2018, compared to nearly 7,000 in 2012, when Colorado and Washington became the first states to legalize cannabis but hadn’t yet implemented their programs. 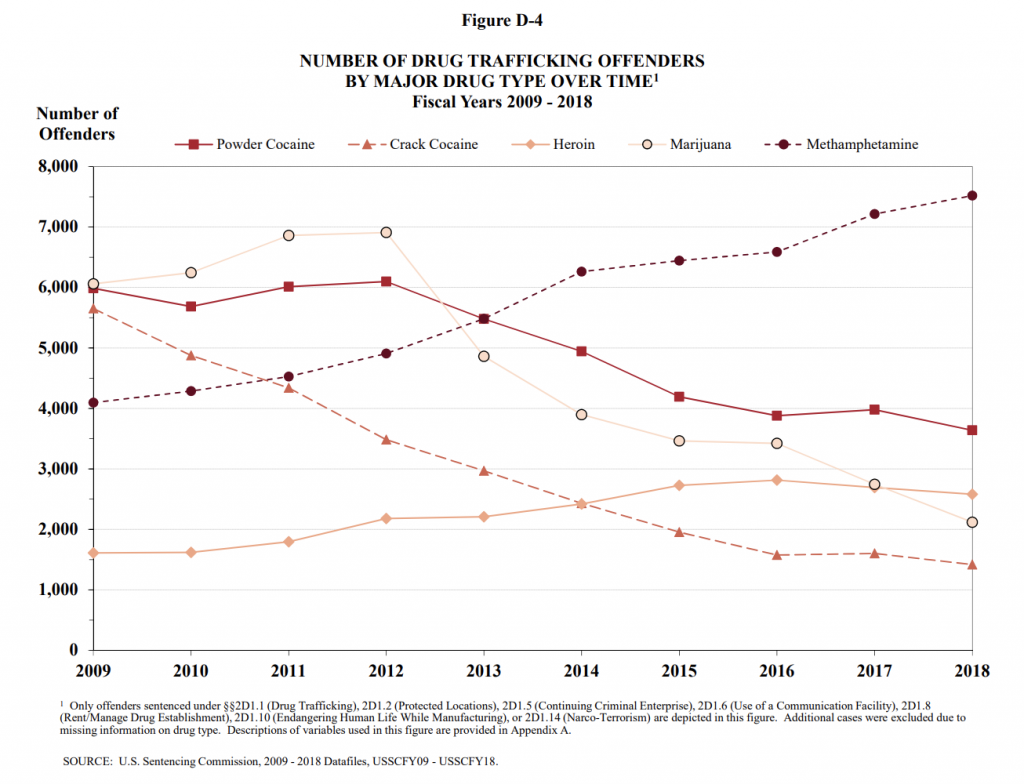 Trafficking cases for other drugs remained mostly stable during that period, with the exception of methamphetamine. Those cases have been on the rise, reaching about 7,500 last year. 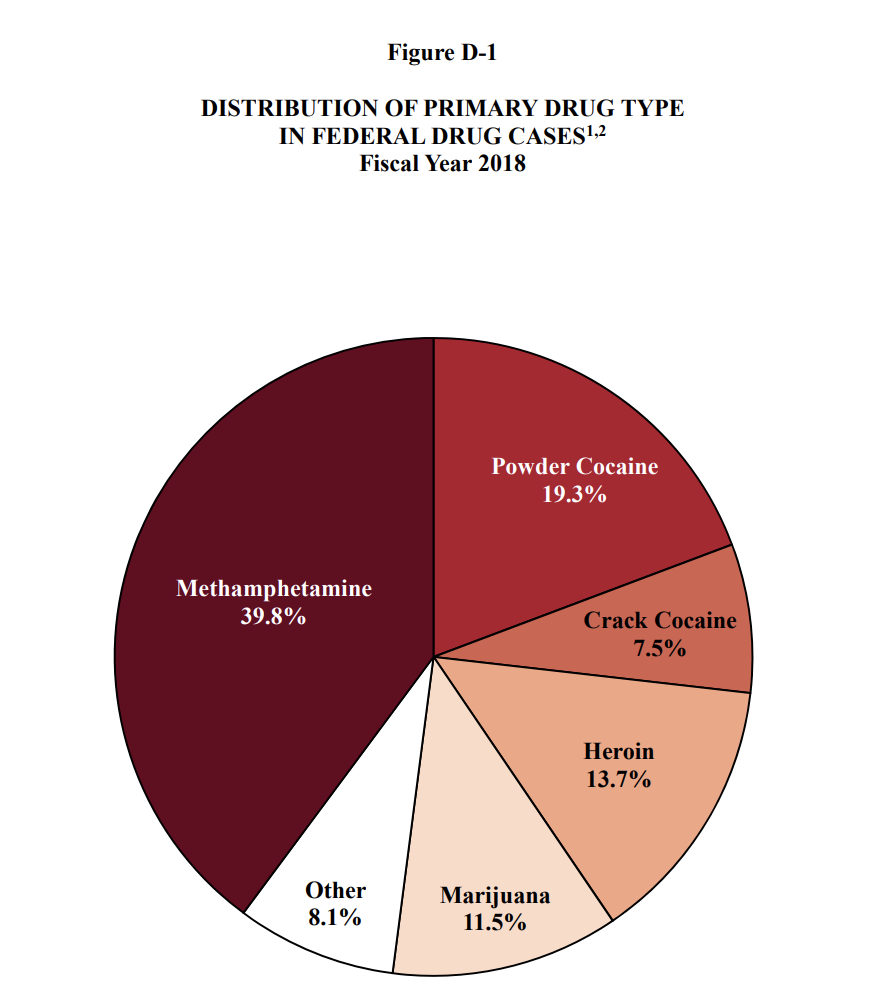 All told, drug-related crimes represented 28 percent of federal prosecutions in 2018. The only larger category was immigration, which accounted for 40 percent of cases. 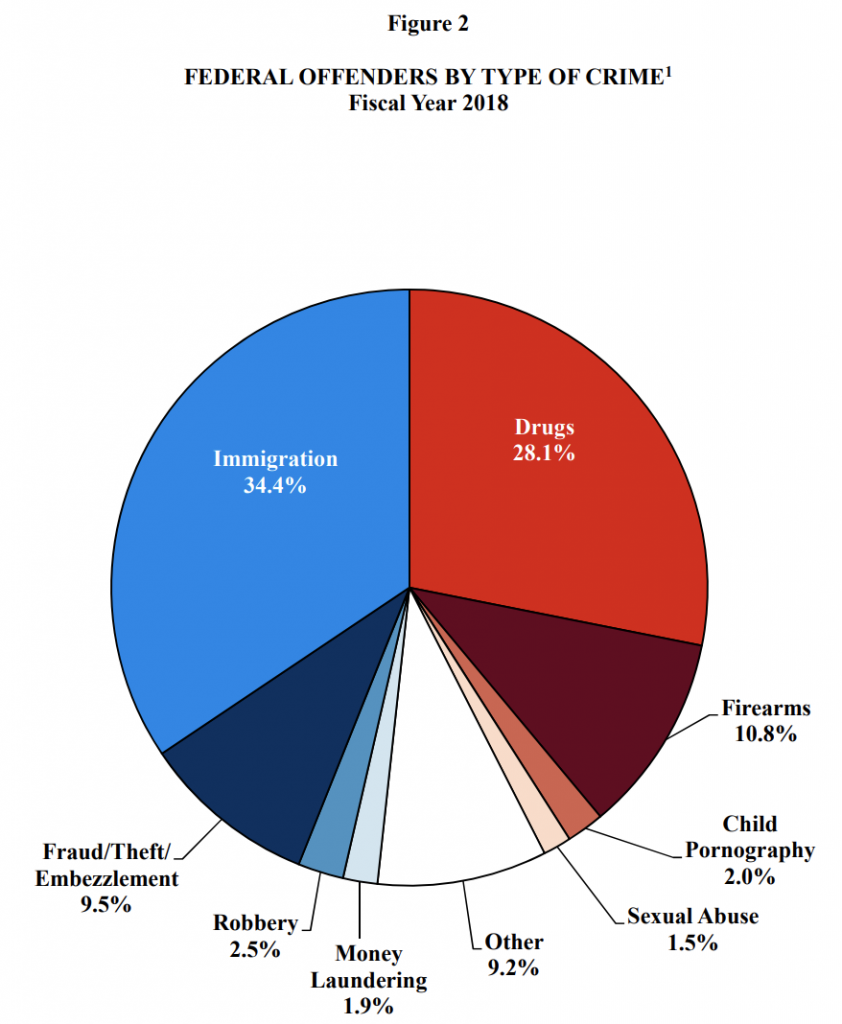 The average sentence for marijuana trafficking cases was slightly higher in 2018 compared to the previous year, with the average offenders receiving 18 months in prison. 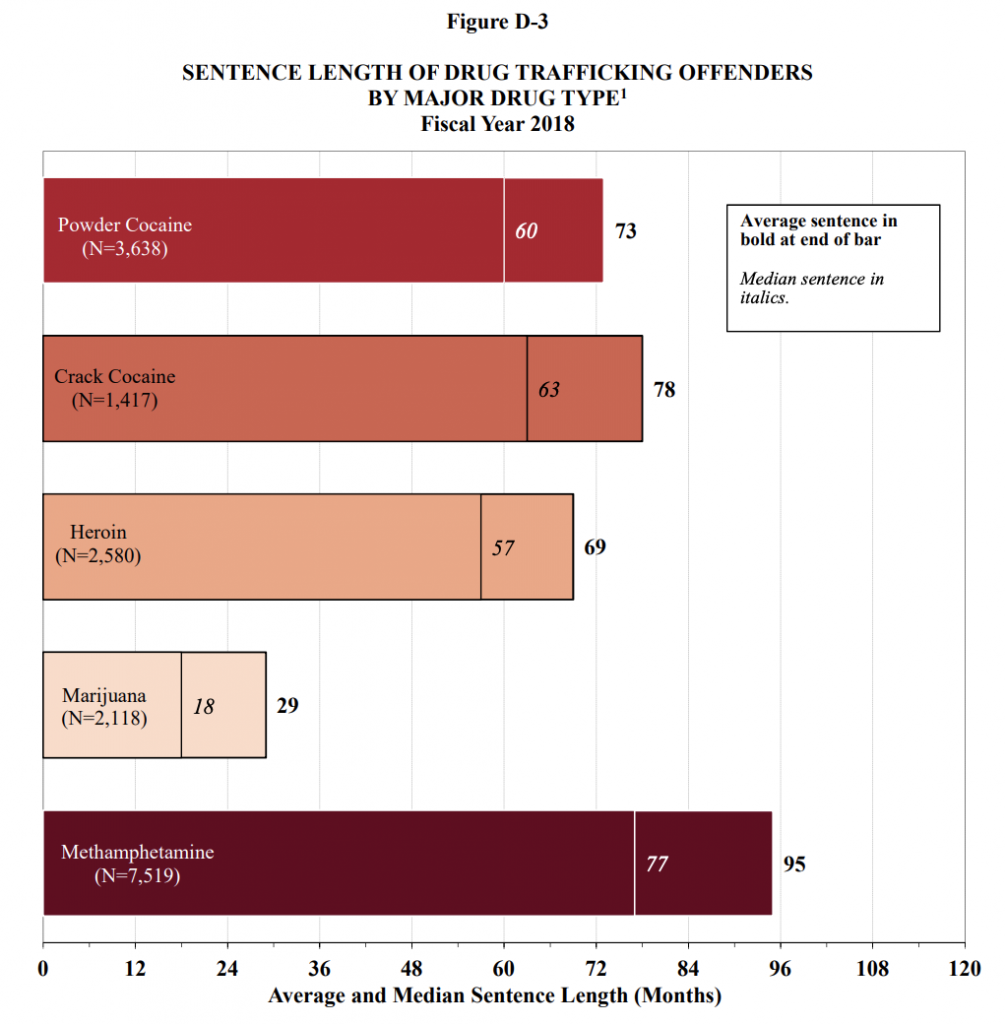 The reasons behind the decline in cannabis trafficking cases isn’t certain, but advocates believe that the data bolsters the case they have long made about how consumers would prefer to purchase marijuana from legal and regulated businesses instead of from the criminal market.

“Al Capone loved the fact that alcohol possession was a low penalty and its distribution was prohibited,” NORML Political Director Justin Strekal told Marijuana Moment. “It is time for state lawmakers to acknowledge this reality and time to stop ceding control of the cannabis market to untaxed criminal enterprises and for lawmakers to implement common-sense regulations governing cannabis’ personal use by adults and licensing its production.”

That was also the conclusion of a Cato Institute report that looked at border patrol marijuana seizures since 2003. The substantial decline was attributable to state-level cannabis reform efforts, which “has significantly undercut marijuana smuggling,” the report found.