Concerns about higher rates of impaired driving on the unofficial marijuana holiday 4/20 seem to be overblown, according to a new study accepted for publication in the journal Injury Prevention.

Some prior research has indicated that traffic fatalities spike on April 20—by as much as 12 percent—but the data supporting that claim has been limited in scope, the authors of the new paper said. So instead of singularly focusing on arbitrarily chosen control days one week before and after the daylong cannabis celebration for comparison, this latest study broadens the data pool.

Then they took it another step, conducting the same analysis on five other major holidays.

Traffic fatalities did seem to increase somewhat on 4/20 when looking at data from 1992 to 2016 and only comparing it to one-week control days, but “the magnitude of the estimate is consistent with the bulk of daily variations for many other days.” 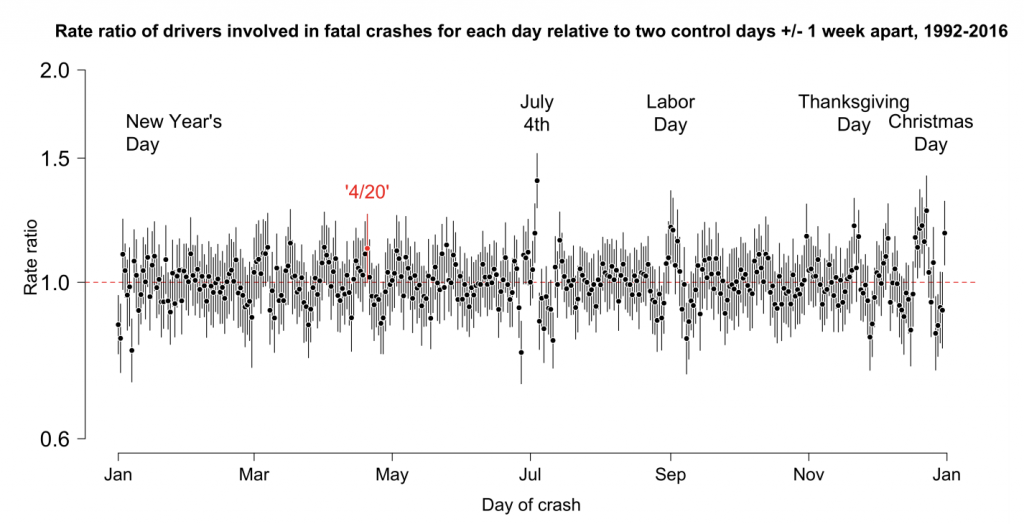 There were significantly more traffic crash fatalities on the 4th of July and the days before Labor Day and Thanksgiving. Interestingly, the analysis also showed that “systematically fewer drivers” were involved in fatal traffic accidents on Christmas and New Year’s Day. 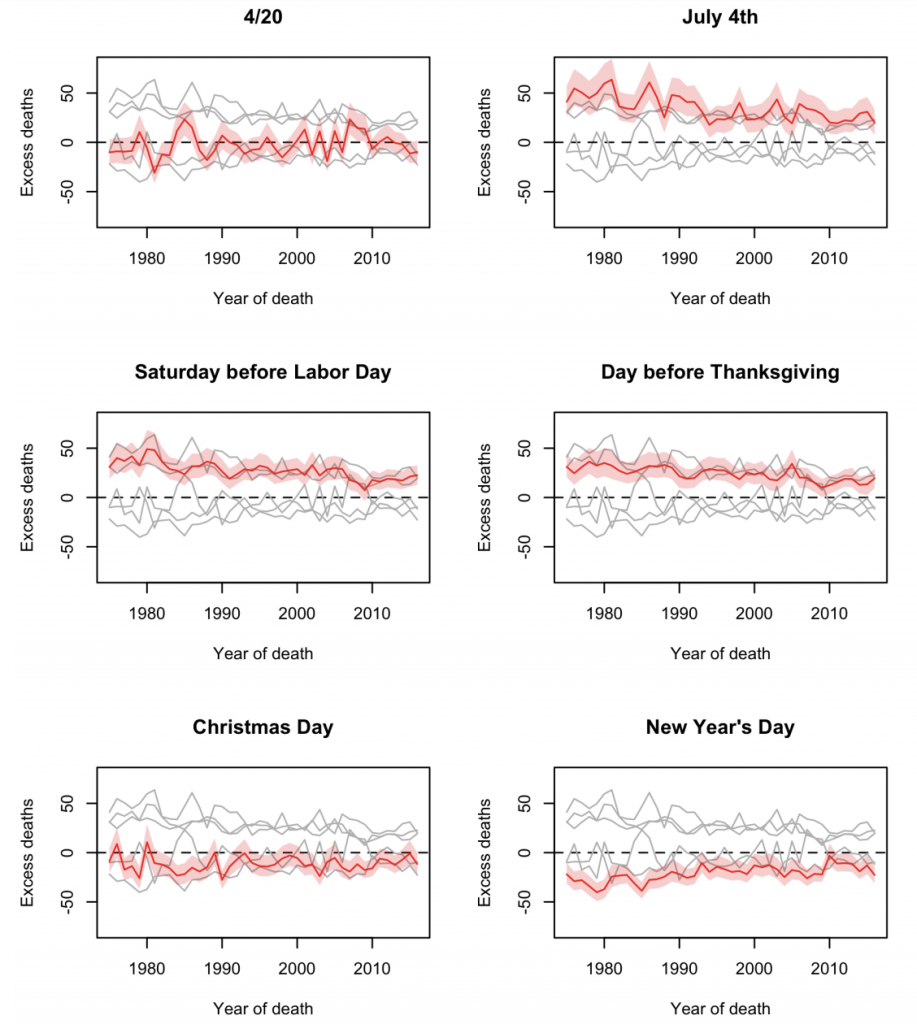 Over the years, the number of traffic fatalities on April 20 has remained relatively constant, which runs counter to expectations because if “recent celebrations of 4/20 were generating excess fatal crashes, we would expect to see a greater excess in recent years,” the researchers wrote.

“We conclude that there is limited evidence of any population-wide effects of the annual cannabis holiday on fatal traffic crashes.”

“The policy landscape for addressing marijuana-impaired driving is rapidly changing, and efforts to combat drugged driving are likely to require new initiatives,” they continued. “Given the considerable resources already devoted to heightened enforcement campaigns to reduce the impact of impaired driving, there does not seem to be sufficient evidence for including 4/20 among ‘risky’ days.”

Study Documents Humanity’s Use Of Marijuana Over 10,000 Years Of History