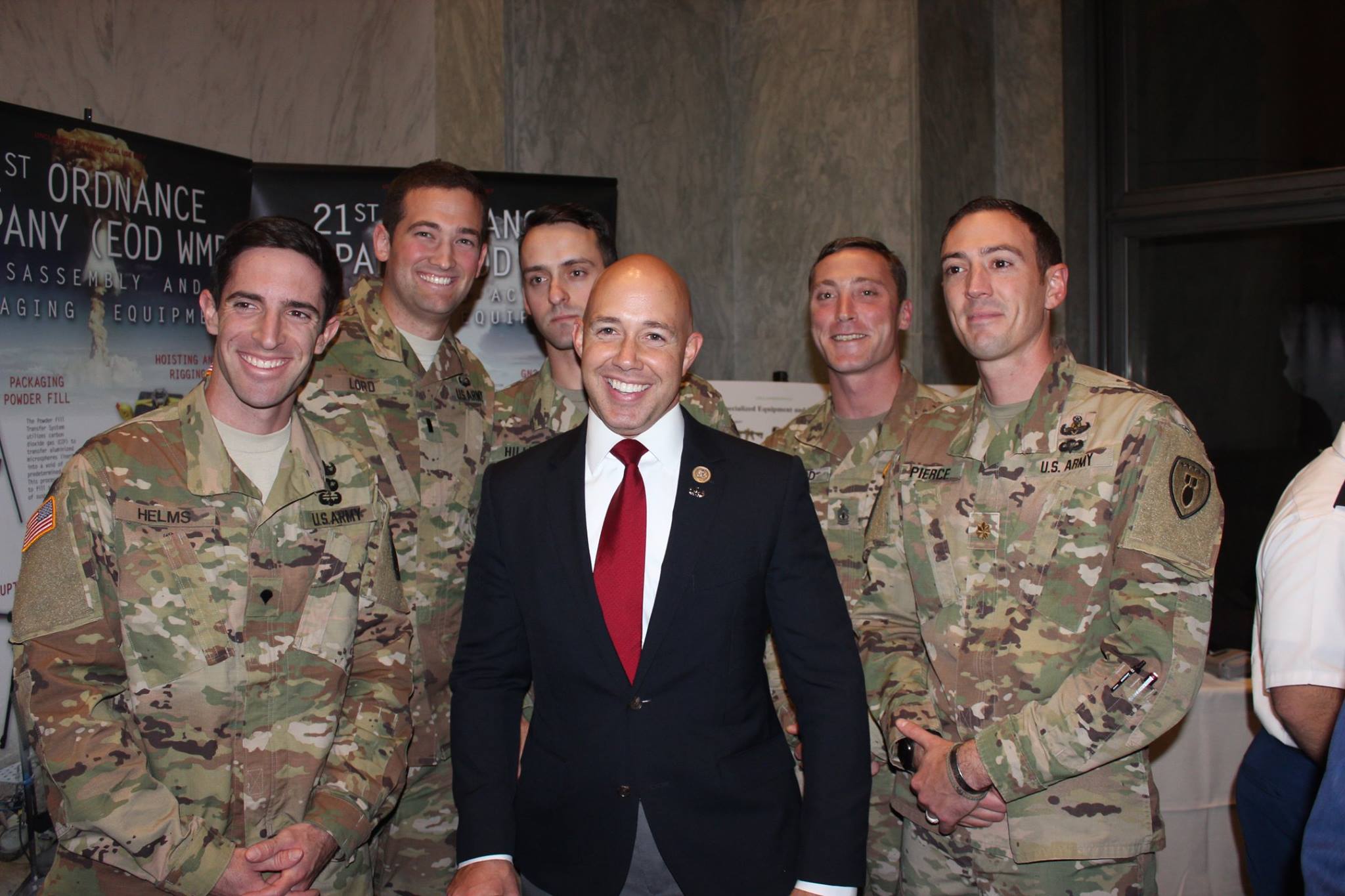 President Trump is considering naming a Republican congressman who supports the right of states to set their own marijuana laws as head of the U.S. Department of Veterans Affairs (VA).

The Associated Press reported on Thursday that Congressman Brian Mast (R-FL), a veteran who lost both of his legs as a result of war wounds inflicted in Afghanistan, is a candidate to replace recently fired VA Sec. David Shulkin.

Mast on several occasions has made clear that he doesn’t want the federal government interfering with local marijuana laws. As VA secretary, he would be in a position to allow the department’s doctors to finally begin recommending medical cannabis to military veterans in states where it is legal, something that Shulkin and previous secretaries have refused to do.

“I speak about states’ rights even when they’re things that most people would assume that I would not agree with the issue because I’m a Republican,” Mast, who was elected to the House in 2016, said in a town hall meeting shortly after taking office last year. “[Marijuana] is not an issue where I differ on states’ rights.”

But while he referred to the Food and Drug Administration approval process, which cannabis proponents have not yet been able to fully navigate, he also said he is a “proponent for alternative forms of medicine in our VA that don’t exist, whether you’re talking about our veterans having access to get chiropractic care, or a great deal of other things. I think there are a lot of things out there that are not supported, but should be.”

Similarly, in a debate shortly before the 2016 election, Mast said, “I simply don’t want the federal government involved in places where they shouldn’t be involved… Marijuana is one of those issues that’s not covered in the Constitution. I would not like to see the federal government playing a role in deciding whether it’s something that should be allowed by each one of the states.”

Despite voicing support for states’ rights to set their own cannabis laws when asked, Mast has not yet added his name as a cosponsor of any of the dozens of marijuana reform bills that are pending in the House.

Meanwhile, legislation to encourage the VA to study the medical benefits of cannabis is advancing in Congress, with the House Veterans Affairs committee approving the bill this week.