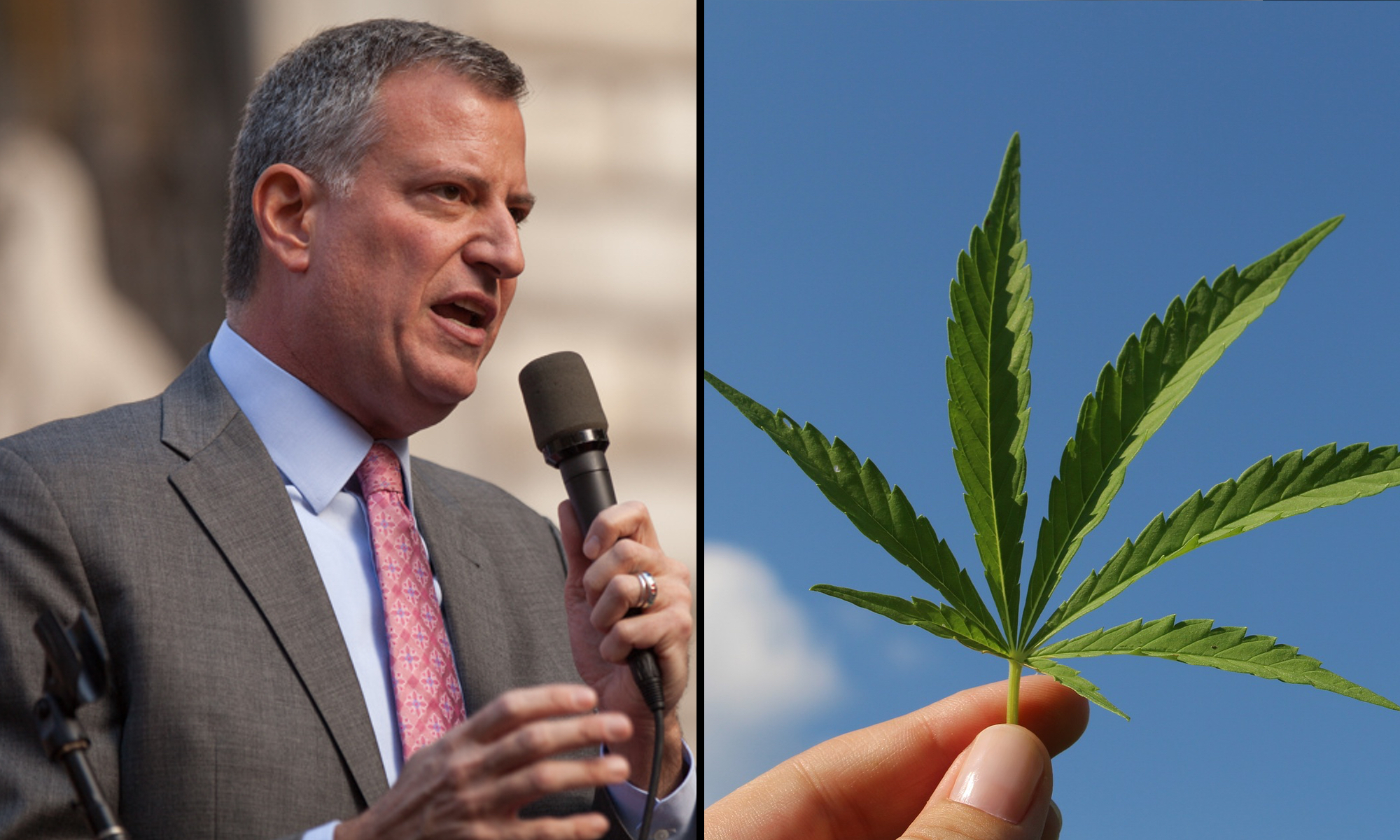 New York City Mayor Bill de Blasio (D) endorsed marijuana legalization on Wednesday, one day before a city task force is expected to release a report on the topic and two days after a governor he has often rivaled called for the end of cannabis prohibition.

“I have been convinced that we can establish a regulatory framework that keeps our streets safe, rights the wrongs of the past and gives economic opportunity to communities hit hardest by the war on drugs,” de Blasio said in a statement to The New York Times.

Earlier in the day at a press conference, acknowledging that officials “all see [legalization] coming” after New York Gov. Andrew Cuomo (D) backed the policy earlier this week, de Blasio said that he’d speak at greater length about his newfound perspective on the marijuana after the city report is released on Thursday.

The report supports legalization—something the state’s Department of Health also recommended in its own report earlier this year—as well as automatic expungements for individuals who were convicted for offenses that would no longer be illegal under legislation expected to be taken up during the new legislative session that begins in January.

In a letter that accompanying the task force report, de Blasio said that residents “have a once-in-a-generation opportunity to get a historic issue right for future New Yorkers.”

“Legal cannabis is coming to New York State. When it does, we must do all we can to make sure that happens in a way that is safe, takes the health of New York City residents into account, and above all, provides opportunity while righting historic wrongs.”

He stressed that “[e]quity is especially important because we have a painful past to overcome.”

“The burden of current cannabis laws has not been shared equally. For far too long, one’s race has played too big a role in determining criminality. Too many people of color have seen their lives ruined by low-level arrests, locked out of jobs and prosperity by a single joint on the street.”

The mayor’s letter spells out what he thinks a legal marijuana industry should look like.

“We’ve seen these kinds of new industries spring up before. Legalization can follow two routes. In one, corporate Cannabis rushes in and seizes a big, new market, driven by a single motive: greed,” he wrote. “In another, New Yorkers build their own local cannabis industry, led by small businesses and organized to benefit our whole diverse community.”

“Tragically, we know what happens when corporations run the show,” de Blasio wrote.

The report calls for a ban on vertical integration in the marijuana industry and says the current medical cannabis providers should not get preferred treatment when it comes to adult-use licensing.

It also recommends limiting employment drug testing, and says that public cannabis consumption should be prohibited “unless at locally regulated consumption sites.”

At the earlier Wednesday press conference, de Blasio declined to comment as to whether he still harbored questions about legalization, telling a reporter to wait a day to find out more about the his evolving position on marijuana.

De Blasio created the city task force and instructed it to study legalization in June, at the same time he and police officials announced a new policy to avoid many low-level marijuana arrests in the city. But even as a growing number of other prominent Democrats in New York and around the nation have endorsed ending prohibition, he has continually stopped short of joining them, until now.

Read the full report and de Blasio’s letter below:

NYC marijuana report by on Scribd