New Jersey voters are strongly in favor of a referendum to legalize marijuana that’s on their ballots this November—and most support of setting a tax rate for cannabis that’s higher than the standard sales tax—according to a new survey.

The poll, commissioned by Brach Eichler LLC, showed that 66 percent of likely voters back the legalization measure, which was placed before voters by the legislature. That’s about five percentage points higher than when residents were surveyed on the issue in April. 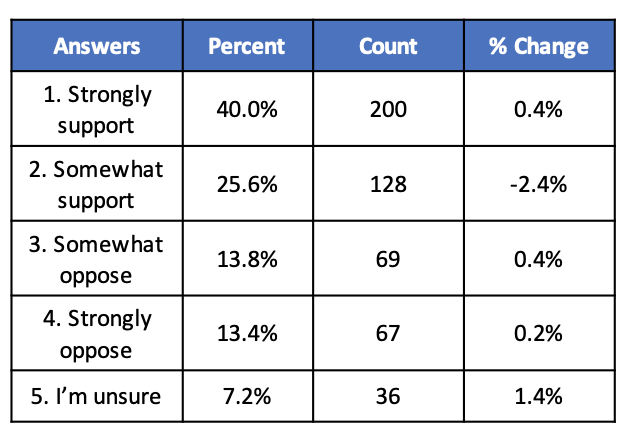 For the tax rate question, respondents were asked whether adult-use cannabis “should have a higher sales tax rate than other goods and services in New Jersey (currently 6.625%).” About 55 percent said marijuana should be taxed higher. 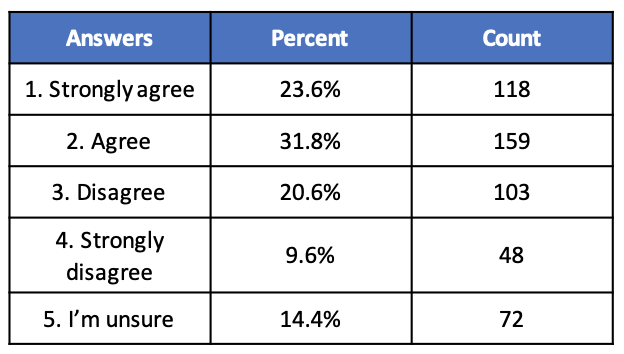 “Most people don’t favor higher taxes, but we believe this reflects both an awareness of the fiscal needs of the State, as well as an understanding that other states that have legalized cannabis have imposed taxes and surcharges of up to 25 percent,” Charles Gormally, cochair of the Cannabis Law Practice at the law firm Brach Eichler LLC, said in a press release.

“Voters are also saying they want the revenue derived from this taxation to be earmarked for drug awareness and education,” he said, referring to another survey finding that 71 percent of voters said they would prefer revenue be used for those purposes.

About 73 percent said that New Jersey should “ensure minorities have fair and equal access to the business opportunity.”

That result “reflects the increasing national awareness and growing concern about how minority groups have been disproportionately impacted by the failed policy of cannabis prohibition,” Gormally said.

“Meaningful minority group participation in the ownership of new cannabis businesses is a direct and credible way to address this longstanding social justice concern,” he said.

Interestingly, support for allowing social consumption sites dipped to 46.6 percent in this latest survey, which involved interviews with 500 likely New Jersey voters from August 5-13. When the firm asked voters about the proposal last month, 50 percent said they were in favor of it. At the time, 68 percent also said they favor the cannabis legalization referendum itself.

Almost 55 percent said in the new survey that online purchases and deliveries for cannabis should be allowed.

Another supermajority (66 percent) said people with prior low-level cannabis convictions should be able to have their records expunged.

As has historically been the case, people who identified as Democrats are more likely to support legalization (77 percent), but majorities of Republicans (56 percent) and independents (58 percent) also favor the policy change.

While the New Jersey legislature wasn’t able to pass a legalization bill on its own, lawmakers opted instead to place the issue on the ballot through a referendum question.

Gov. Phil Murphy (D) is supportive of the move and said last month that legalizing cannabis is “an incredibly smart thing to do” both from an economic and social justice perspective.

In June, the Assembly approved a bill to decriminalize possession of up to two ounces of marijuana.

Psychedelics Group Raises $30 Million From Execs At GoDaddy, SpaceX And Others For MDMA Study