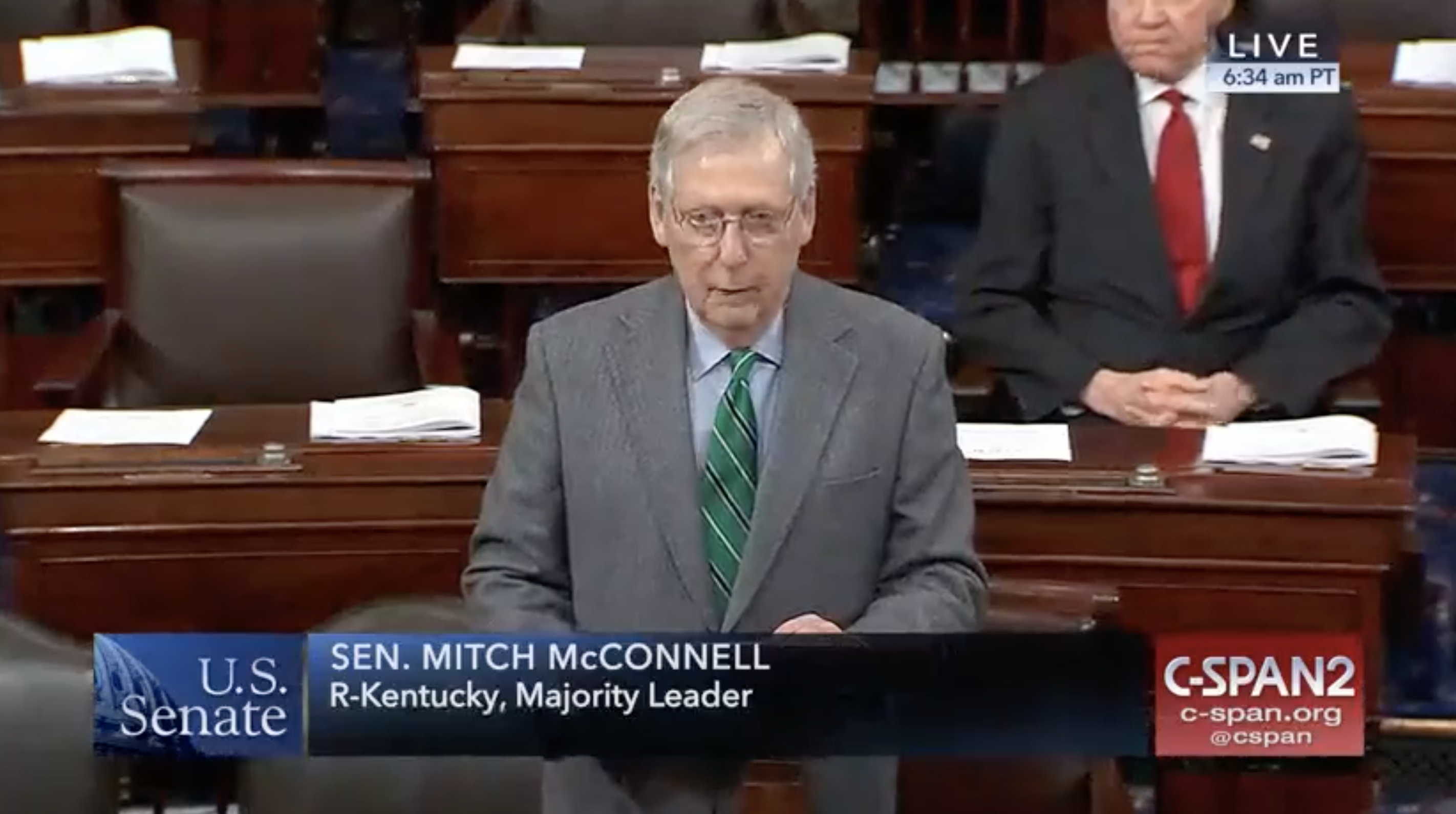 Senate Majority Leader Mitch McConnell (R-KY) said President Donald Trump is free to borrow his hemp pen to sign the 2018 Farm Bill, which would legalize the crop, when it’s sent to his desk.

The senator made the remark on the Senate floor on Wednesday—one day after the chamber overwhelmingly approved the legislation and sent it on to the House.

“I’d be happy to lend him my hemp pen for the occasion,” he said.

McConnell was the chief proponent of a provision to legalize hemp in the Farm Bill and, after the Senate and House Agriculture Committees reconciled their respective versions of the legislation, used his hemp pen to sign the conference report.

Making it official with my hemp pen!🖋️ Proud to have served as conferee on #FarmBill & to fight for #Kentucky priorities. With today's signature, my provision to legalize industrial #hemp is 1 step closer to reality. Looking forward to voting YES on this bill & sending to @POTUS pic.twitter.com/8ypwBebXy7

He’s since made several comments expressing his excitement about the hemp provision, including an extensive speech on Wednesday that touched on the crop’s history in U.S. agriculture.

The Senate took a major step yesterday by passing the Farm Bill, which will deliver a big shot in the arm to farmers and rural communities. I’m especially proud it will open a new door for industrial #hemp farmers in #Kentucky and around the country.

The House is expected to take up the bill soon, possibly as early as Wednesday, and then it will be delivered to the president’s desk to be signed into law. Whether Trump takes McConnell up on his offer to use the hemp pen to do the deed is yet to be seen.

Next House Agriculture Committee Chair Might Grow Hemp On His Farm