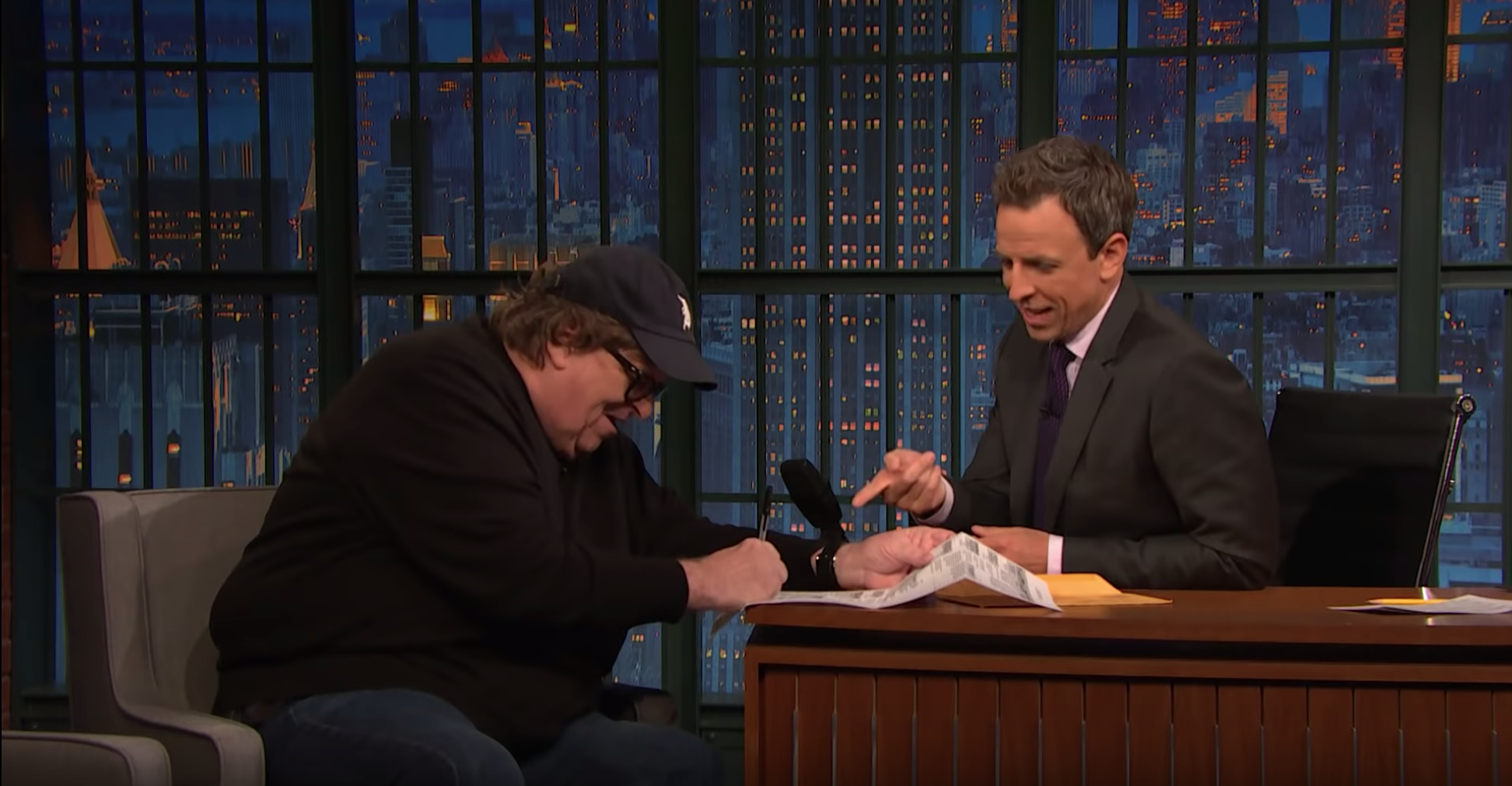 Leave it to Michael Moore to stage a televised vote-in.

The activist filmmaker pulled out his Michigan absentee ballot during an appearance on NBC’s Late Night with Seth Meyers this week, giving him an opportunity to vote to legalize marijuana in his home state in front of a televised national audience.

When filling out the ballot, Moore also voted for a number of Democratic candidates, including gubernatorial contender Gretchen Whitmer. She is one of several major party candidates for governors’ seats in this year’s midterm elections who support marijuana legalization.

But Moore seemed especially excited to get to the cannabis question on the back of the ballot.

“Do you want to help me fill this one in?” he asked Meyers.

“Are you on the fence on this one?” the host asked.

“The band wanted to vote on this one,” Moore quipped, an apparent reference to an affinity for cannabis from the musically inclined.

Watch the video of Michael Moore filling out his ballot and voting for marijuana legalization below: