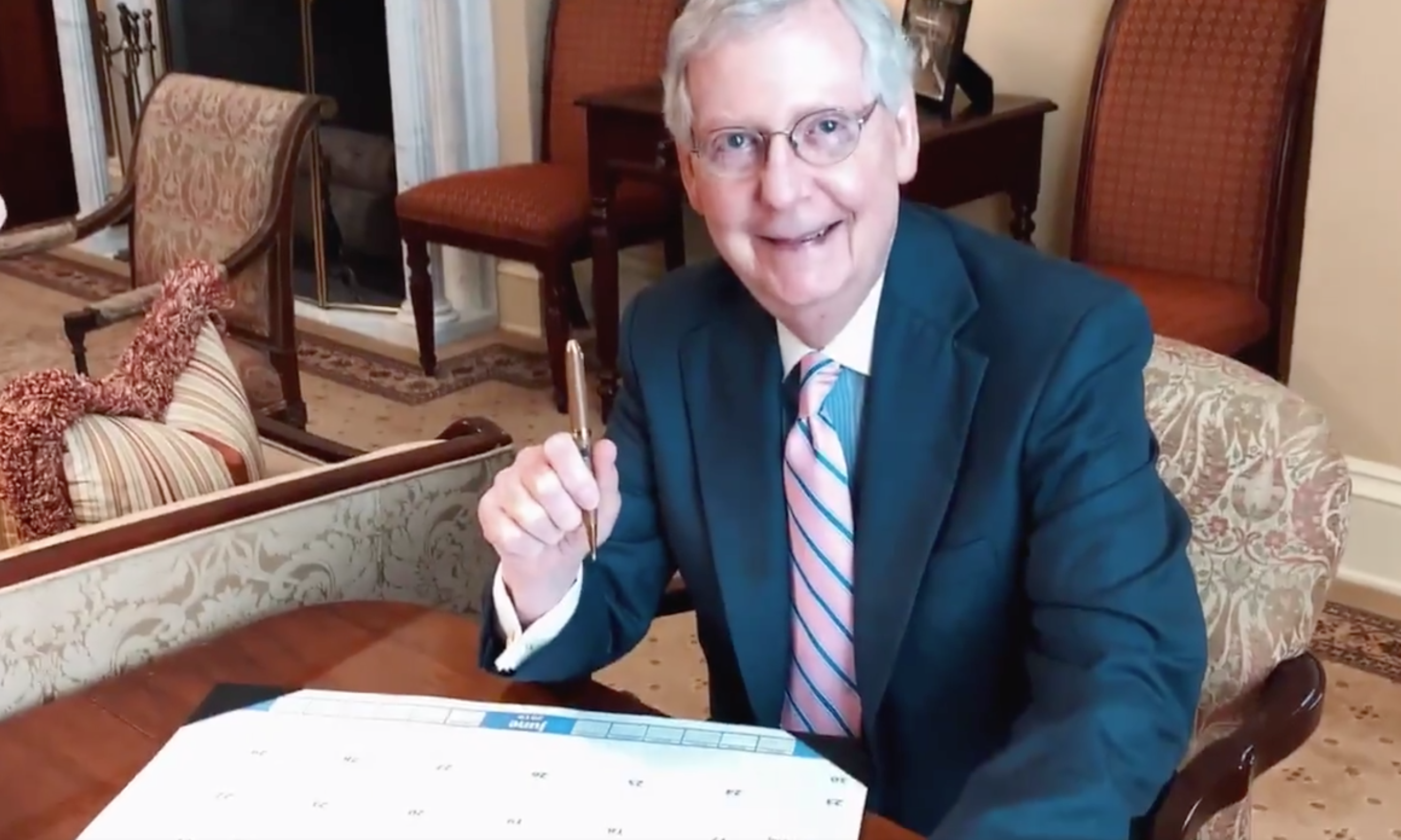 The measure, which recognizes “the growing economic potential of industrial hemp” and its “historical relevance,” passed in a voice vote.

Majority Leader Mitch McConnell (R-KY), who successfully championed hemp’s federal legalization last year, celebrated the resolution by tweeting a video of himself using a hemp pen to mark off the commemorative week on his calendar.

The #Senate passed my bipartisan resolution with Senator @RonWyden celebrating #HempHistoryWeek…marking the calendar with my #Kentucky #hemp pen! 🖋️ pic.twitter.com/0GacDYdhQx

It now estimates the annual market value of hemp retail sales in the U.S. is more than $1 billion instead of the $688 million noted in the 2018 version.

And it uses new past tense phrasing to note that farmers “were for decades prohibited under law from growing” hemp “despite the legitimate uses” of the crop, which was finally federally legalized by the 2018 Farm Bill.

As such, the resolution no longer needs to include the qualifier that the U.S. is “the only major industrialized country that restricts hemp farming” that prior versions noted.

The new measure marks the fourth year in a row that the Senate has formally recognized Hemp History Week.

Last year, McConnell used a hemp pen to sign off on the final version of the Farm Bill before it was sent to President Trump’s desk.

Separately on Wednesday, an official with the Federal Reserve pledged during a Senate hearing to clarify for banks that hemp is now a legal crop and that they can offer financial services to hemp businesses without fear of being punished for it by regulators.

Senate Hemp History Week re… by on Scribd