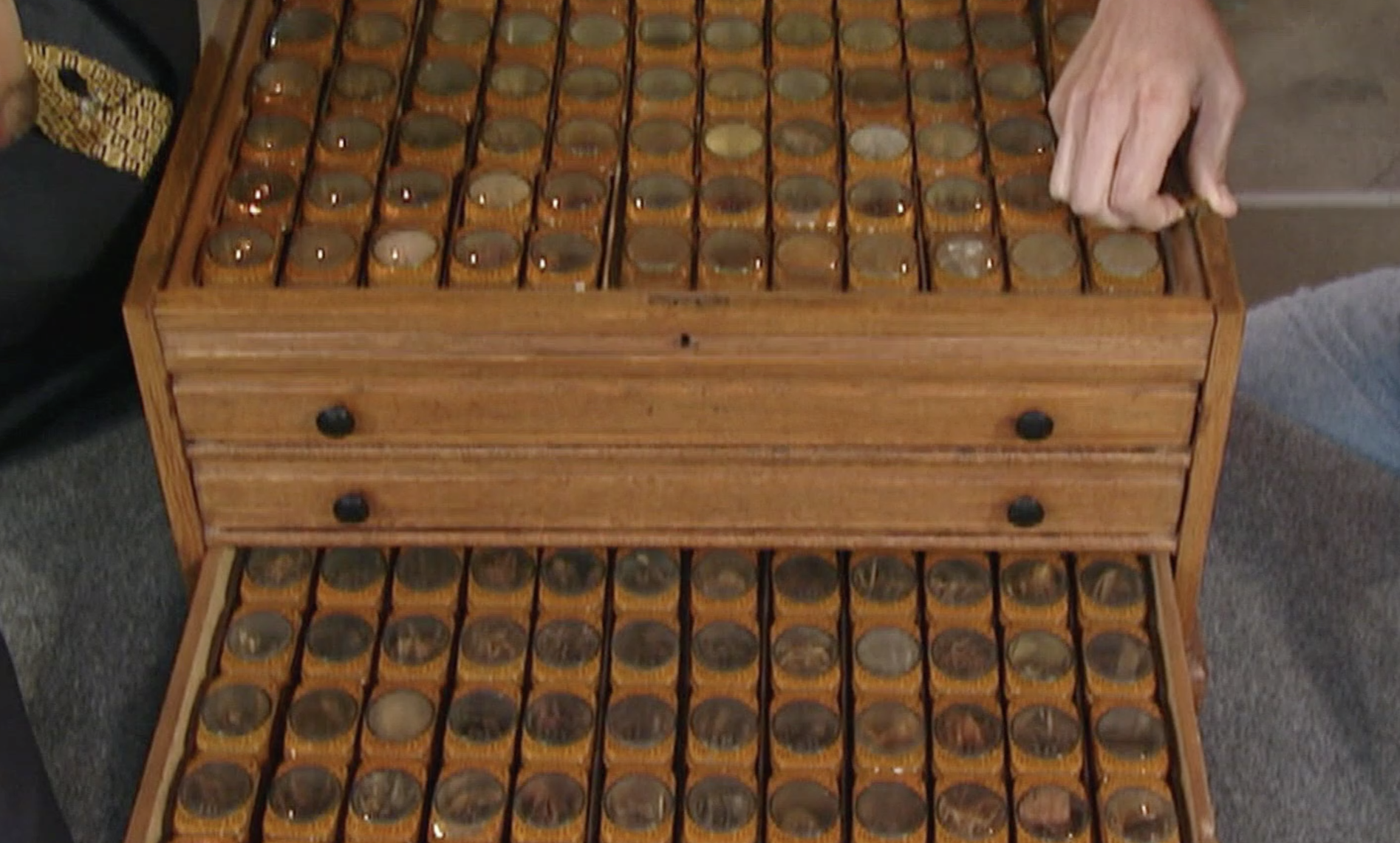 In the late 1800s, it wasn’t uncommon for doctors to lawfully possess marijuana as part of a medical kit. And at a recent antique show, one person gave a glimpse of how that cannabis was stored.

During an episode of Antiques Roadshow that aired on PBS on Monday, one of the featured products was a medical cabinet that featured 288 containers of “various medical roots, medical herbs and all kinds of natural remedies.” An expert estimated that it was created around 1890 or 1900.

Unfortunately, the tin that once contained marijuana is empty. Almost all of the others are intact and full, but the person who inherited the kit said his “older brother got to” the cannabis at some point after the antique entered his family’s possession about 30 years ago.

“Your brother got to the cannabis,” the assessor said. “We won’t go there.”

Watch the clip, starting around 12:45 into the video below:

On Twitter, a producer with Antique Roadshows shared a picture of the cabinet and wrote, “Would you dare sample them? And which would you sample?”

Most of these herbal medical samples are full, except for 3! Would you dare sample them? And which would you sample? #AntiquesRoadshow pic.twitter.com/T2mZv2gtC0

The show’s account joked, “Before you answer, remember: the cannabis sativa is empty.”

Before you answer, remember: the cannabis sativa is empty😂 #antiquesroadshow https://t.co/Drfu0s0tjI

The legal status of marijuana in the century since the cabinet was produced has gone through dramatic shifts, of course. What was once a standard herb regarded for its medical value became a strictly prohibited controlled substance decades later. But flash-forward to the modern era and while cannabis remains illegal at the federal level, it’s regained its legal status for medical use in a majority of states.

In fact, amid the coronavirus outbreak, medical marijuana dispensaries are broadly considered essential services that can continue to operate through the pandemic. Most Americans agree that should be the case, according to a poll released last month.