A strong majority of Americans believe that marijuana use is “morally acceptable,” according to a Gallup poll released on Monday.

Sixty-five percent of Americans agreed that cannabis consumption was morally OK, which “nearly matches” the percentage of Americans who think marijuana should be legal.

But just how moral do Americans consider sparking a joint? One way to measure that is by looking at how respondents answered questions about the morality of other controversial topics. 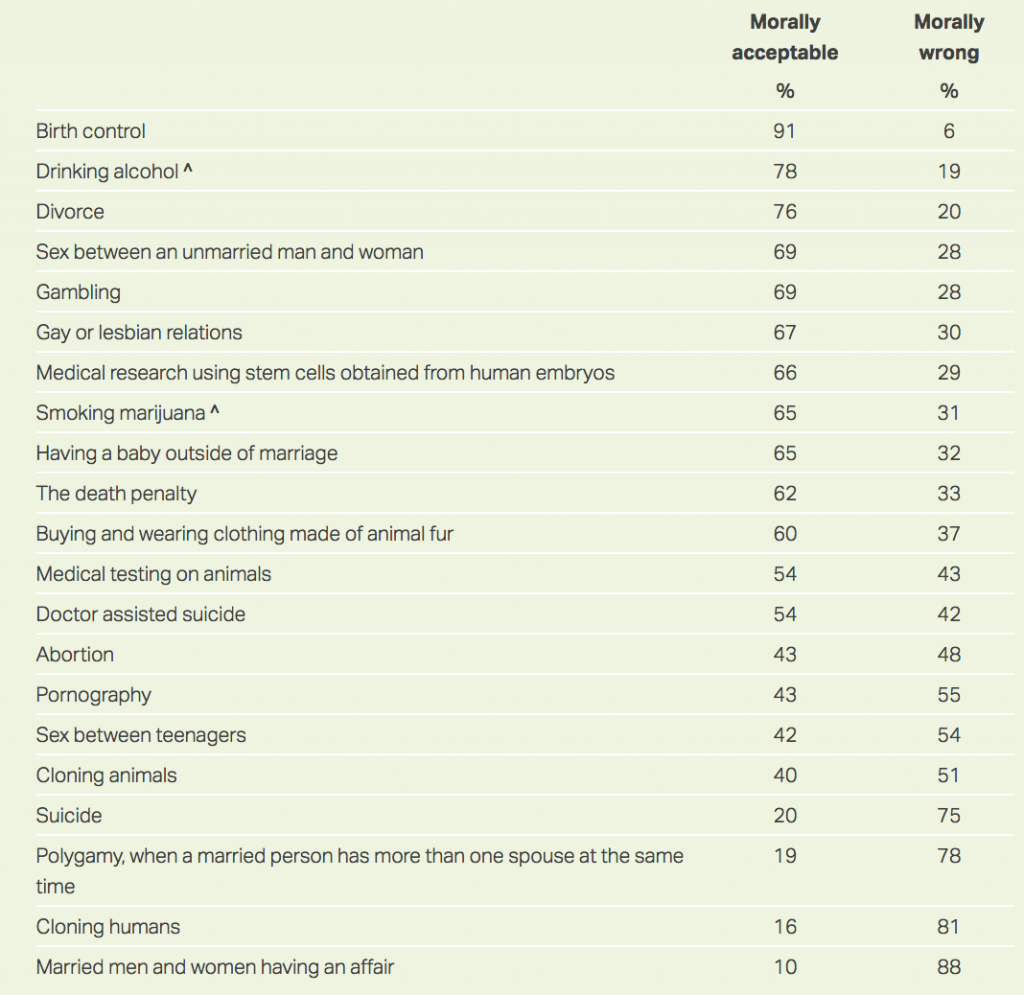 Gallup summed up the survey with a pointed observation:

“Most Americans do not object on moral grounds to people drinking alcohol or smoking marijuana. Of the two, they are more likely to see drinking alcohol as an acceptable behavior, perhaps because it is legal in all states while smoking marijuana is not. Some states have recently legalized marijuana and many others are considering doing so, perhaps removing some of the stigma associated with the drug. But with roughly two-thirds of the public saying marijuana use is morally acceptable, it seems there will not be sufficient opposition to thwart attempts to make it legal.”

Similar to public opinion for marijuana legalization, there were some demographic differences in views on the morality of marijuana use. For example, “highly religious” Americans were more likely to say marijuana and alcohol use were immoral.

A majority of Americans feel that cannabis use is moral with the exception of two demographics: people who attend church every week (41 percent) and people who characterized their political ideology as “conservative” (47 percent).

A separate Gallup survey found last year that 64 percent of Americans favor legalizing marijuana, the highest level of support in the firm’s 48 years of polling on the topic.