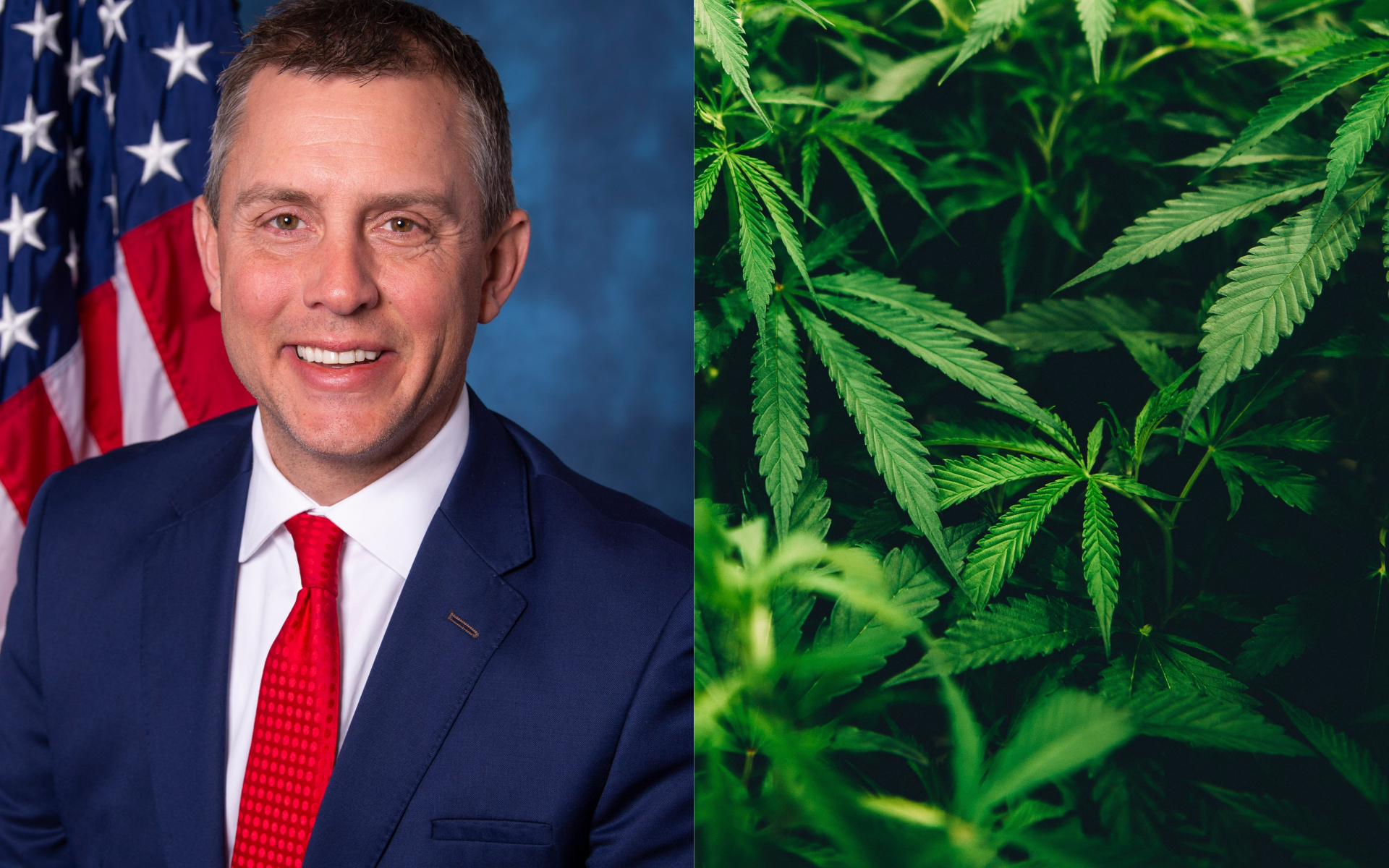 During a congressional hearing last week about immigration protections, a North Dakota Republican spoke up to say he did not believe marijuana possession is a serious enough offense for grounds for deportation—a break with Trump administration policy.

On March 6, the House Judiciary Committee heard from supporters and recipients of the Temporary Protected Status (TPS), Deferred Enforced Departure (DED), and Deferred Action for Childhood Arrivals (DACA) programs, which grant temporary legal status to many undocumented immigrants and foreign nationals. After listening to more than two hours of testimony, Rep. Kelly Armstrong, a freshman congressman who previously served as the chair of the North Dakota Republican Party, expressed empathy for those who spoke during the hearing while also recognizing how “complex and nuanced” the national immigration debate is.

Armstrong pointed out the importance of recognizing that federal and state laws sometimes treat certain offenses that would disqualify a person for legal status differently, using marijuana as an example. (Cannabis is legal for adult use in a growing number of states, though the federal government still considers it a Schedule I drug and illegal.)

“Almost all criminal issues are creatures of state statute, not federal statute,” Armstrong said. “So how we deal with a marijuana conviction in North Dakota compared to Colorado could directly affect your immigration status as a legal immigrant.” These same concerns arise for DACA or TPS recipients, he added.

“I personally don’t think anybody, whether you’re a DREAMer, whether you’re a DACA recipient, should be told to leave this country because you smoked a joint when you were 19 years old,” Armstrong continued. “I don’t believe that.”

Armstrong has previously expressed his belief that states should be able to make their own decisions around the marijuana reform, though he said during his campaign that he would not support legalization of recreational use in North Dakota, where voters rejected a measure on the topic during last year’s midterm elections.

But his new statements touch on a bigger issue: Many immigrant advocates believe the federal government has utilized the war on drugs to go after non-citizens. In fact, some legal experts have recommended undocumented immigrants not to use marijuana at all due to the risks of deportation.

“Whether it’s the construction of a wall or deporting individuals for marijuana possession, the Trump Administration has signaled its desire to use the drug war as a tool to persecute immigrants,” Jerónimo Saldaña, Policy Manager at Drug Policy Alliance’s Office of National Affairs, said in a 2017 statement. “It’s outrageous to think that anyone following medical advice under state law would be subject to deportation.”

In 2017, then-Homeland Security Secretary John Kelly, who later became White House chief of staff, reaffirmed the federal government’s hardline stance on the issue. “ICE will continue to use marijuana possession, distribution and convictions as essential elements as they build their deportation removal apprehension packages for targeted operations against illegal aliens living in the United States,” he said during a speech at at George Washington University. “They have done this in the past, are doing it today, and will do it in the future.”

On Tuesday, House Democrats introduced the latest iteration of the DREAM Act. If passed, the legislation would ultimately grant hundreds of thousands of undocumented immigrants — many of whom were brought to the United States as children by their parents — a pathway to permanent legal status or U.S. citizenship.

Image elements courtesy of Eric Connolly of the U.S. House Office of Photography and Matthew Brodeur.