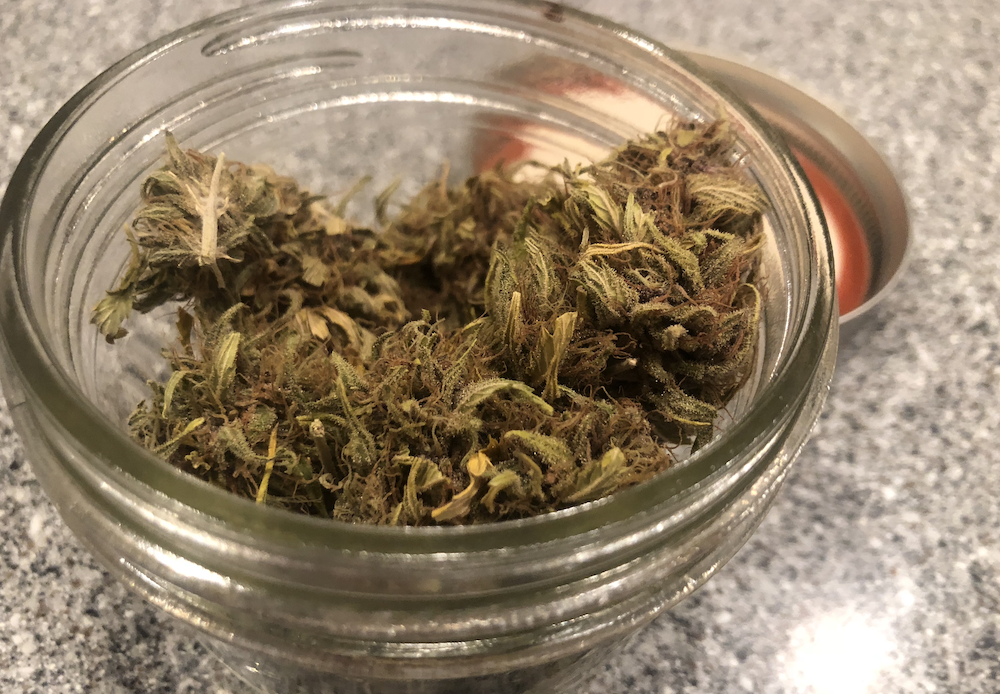 There are now 1,311 cannabis-related bills moving through state legislatures and Congress for 2019 sessions.

North Dakota activists filed a proposed 2020 marijuana legalization ballot measure. While a 2018 initiative from the same group had no limits on possession or cultivation, and no licensing—and lost big on Election Day— the new version has regulations and bans cannabis home cultivation.

Oregon activists have begun collecting signatures in support of a proposed 2020 ballot measure to decriminalize drugs in the state and fund treatment programs. David Bronner of Dr. Bronner’s told Marijuana Moment in an interview that the company is donating $250,000 to the effort.

A bipartisan group of senators and House members led by Sen. Brian Schatz (D-HI) and Rep. Harley Rouda (D-CA) sent a letter calling on the Department of Justice to let scientists study marijuana purchased at dispensaries.

Rep. Bonnie Watson Coleman (D-NJ) and 20 cosponsors filed a resolution demanding that Congress apologize to individuals and communities harmed by the war on drugs.

President Trump tweeted, “All necessary work has been completed to declare Mexican Cartels terrorist organizations. Statutorily we are ready to do so. However, at the request of a man who I like and respect, and has worked so well with us, President Andres Manuel @LopezObrador_ ee will temporarily hold off this designation and step up our joint efforts to deal decisively with these vicious and ever-growing organizations!”

The Centers for Disease Control and Prevention listed the brand names of vaping products believed to be associated with cases of severe lung injury.

The Senate Judiciary Subcommittee on Intellectual Property heard testimony on how the Patent and Trademark Office should be able to adapt methods it has used to review cannabis-related applications for addressing the unrelated problem of fraudulent applications originating from China.

Rep. Dwight Evans (D-PA) tweeted about the advancement of marijuana descheduling legislation, saying, “I’m thrilled to see such a big step taken toward ending the failed ‘war on drugs’ that contributed to institutionalized racism and the criminal justice epidemic.”

Rep. Ro Khanna (D-CA) tweeted, “🌿 People arrested for marijuana possession in 2018: 663,367. 👮‍♀️ Total incarcerated population in 1988: 627,402. Repairing the damage of mass incarceration begins with legalizing marijuana, expunging prior offenses and reinvesting in the communities most impacted by the drug war.”

The House bill to deschedule marijuana and fund programs to repair the harms of the drug war got one new cosponsor for a total of 65.

Virginia’s attorney general discussed his support for marijuana reform in an interview.

Massachusetts health officials said that one of the patients with severe lung injuries who had purchased marijuana vaping products from licensed dispensaries also used illegal and unregulated cannabis products.

A South Carolina judge is allowing a farmer to harvest hemp plants as he awaits trial for allegedly growing them without proper registration.

Maine’s Legislative Council rejected a request to give a second chance to a marijuana expungement bill.

Arizona lawmakers are considering enacting limits on the proximity of hemp fields to marijuana farms out of concern about pollination.

Florida regulators filed briefs with the state Supreme Court in a case challenging the requirement that medical cannabis businesses be vertically integrated.

Michigan regulators will hold a meeting to receive public comment on marijuana rules on Monday.

The Atlantic City, New Jersey City Council is considering measures opposing marijuana businesses on the Boardwalk and supporting a state effort to legalize open containers of alcohol there.

The leader of the UK’s Liberal Democrats said she smoked “a fair bit of cannabis at university.”

A study of cognitive performance in medical cannabis patients found that “contrary to expectations, performance on neuropsychological tests remained stable or even improved during the acute intoxication stage, and continued to increase during Recovery,” concluding that “there was no psychometric evidence for a decline in cognitive ability following THC intoxication.”

A survey of oncologists found that “about half thought [medical marijuana] was beneficial for older adults with cancer.”

The Connecticut Conference of Municipalities hosted a discussion about marijuana legalization.

The Long Island Contractors’ Association is calling on New York lawmakers to direct legal marijuana revenue to roads and other infrastructure improvements.

Canopy Growth Corporation said its new line of Canadian marijuana products, including vape pens, beverages and chocolates, will roll out in January.

WeedMD received a C$25 million investment from the Labourers’ Pension Fund of Central and Eastern Canada.

Several major companies listed as interested partners in leaked documents about Trade Park Corporation’s planned marijuana farm in Cameroon said they have no knowledge of the project.

Miss Universe Canada wore a marijuana-themed outfit during the costume competition, and Miss Universe USA spoke about her support for legalizing cannabis.

Former wrestler Enzo Amore estimated that about half of WWE wrestlers consume cannabis.