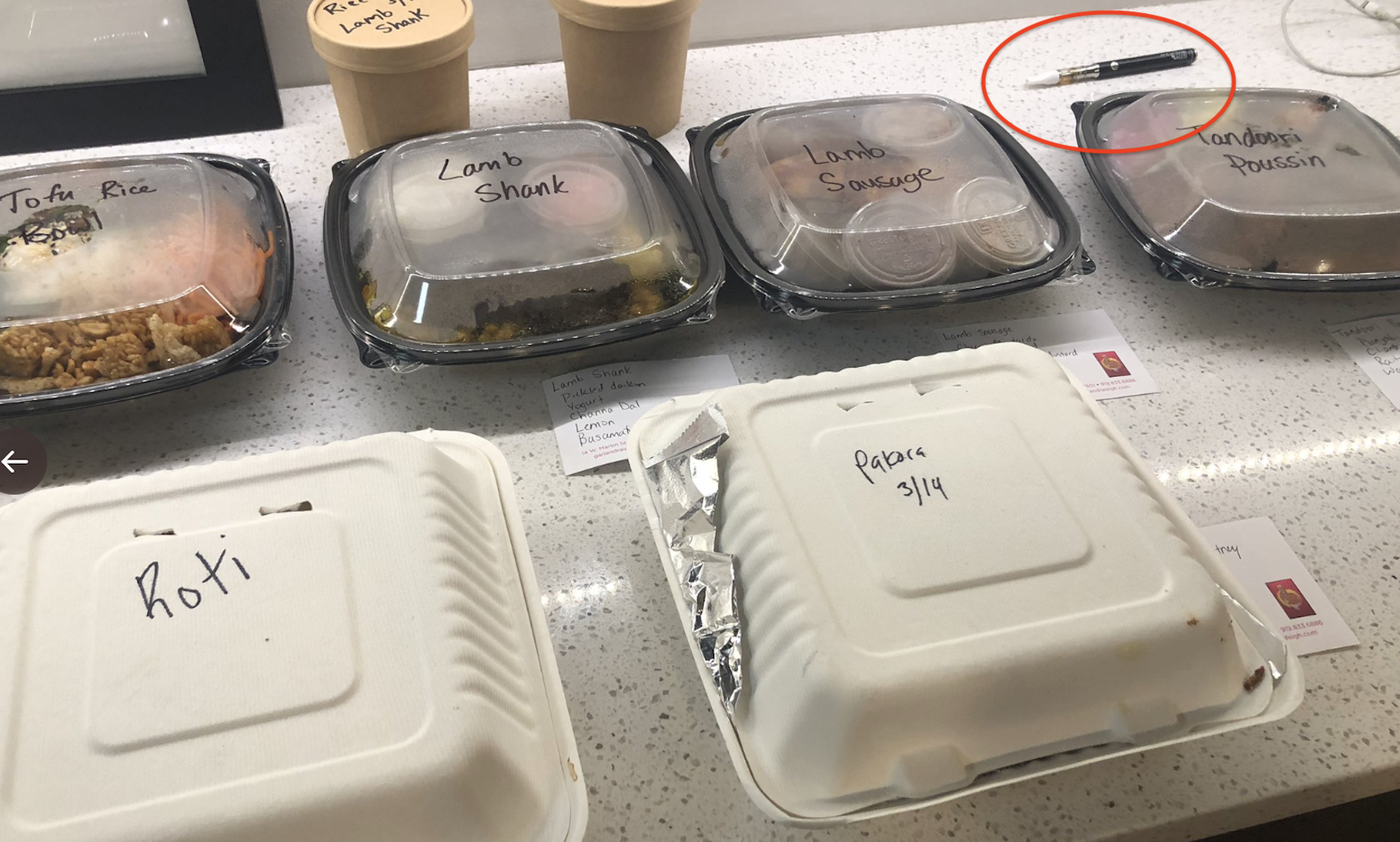 A North Carolina mayor was probably only trying to highlight best social distancing practices and support for local businesses when she posted photos of her takeout dinner on Twitter. But by failing to crop out what appears to be a marijuana vape pen, she sparked a different conversation entirely.

“Here is what we did tonight to support our local restaurants,” Raleigh Mayor Mary-Ann Baldwin (D) wrote earlier this month. “Take out from Garland. And we left a 35 percent tip. Please do the same.”

As residents in more jurisdictions around the country have been encouraged to stay at home amid the spread of the coronavirus, delivery and takeout food orders have become popular ways of supporting small businesses. Baldwin’s tweet included two photos of her group’s Indian dinner spread, still in its to-go packaging.

In one photo, just north of the tandoori poussin, is what appears to be a cannabis vape pen.

Here is what we did tonight to support our local restaurants. Take out from Garland. And we left a 35 percent tip. Please do the same. pic.twitter.com/SI21NAvV8U

“More like Mary-Jane Baldwin am I right,” quipped one commenter in the replies.

“So the Mayor is allowed to have weed pens??” asked another, tagging the Raleigh Police Department’s account.

“If you or I get caught w marijuana in N.C. we get thrown in jail,” replied a third, “while the mayor posts pictures telling you how much to tip with her weed pen in the picture.”

Others correctly pointed out that it’s not clear from the picture that the vape pen contained marijuana at all. Devices like the one in Baldwin’s photo can contain a number of legal or illegal substances, including nicotine, THC, CBD or even psychedelic drugs.

“Everyone is assuming that [it] is a weed pen,” Jon Lubecky, veterans and government affairs liaison for the Multidisciplinary Association for Psychedelic Studies, posted in a reply. “It very well [may] not be a weed pen. It might be DMT,” a powerful hallucinogen.

Lubecky later clarified to Marijuana Moment that he was being facetious: “It was tongue in cheek due to NC’s and Raleigh’s draconian drug laws,” he said. “Whether it was DMT, Cannabis, or some other substance, she would have anyone else arrested for it.”

To Baldwin’s credit, however, she has previously indicated that punitive policing of cannabis offenses may not be productive and called for a debate over the appropriate approach to marijuana.

Neither Baldwin nor a mayoral spokesperson replied to Marijuana Moment’s requests for comment on Wednesday. Messages left with the Raleigh Police Department also went unreturned.

Much of the critical response focused on the hypocrisy of the mayor allegedly having a marijuana product at home while others in the city face arrest and criminal punishment. Arrests for cannabis vape pens in Wake County, where Raleigh is located, climbed from six arrests in 2018 to at least 33 last year, according to a CBS 17 report in November. The county sheriff’s office also last year broke up an operation where individuals allegedly put the psychedelic DMT into vape pens, according to deputies.

Between January 31, 2017 and July 7, 2019, the Raleigh Police Department made 3,154 cannabis-related arrests, according to documents released in response to a Freedom of Information Act request.

If the vape pen indeed contained THC, it’s likely to be less than 0.05 ounces. Possession of that amount of cannabis concentrate in North Carolina is a misdemeanor and carries a punishment of $200 and up to 10 days in jail.

Baldwin herself has called for leniency in cannabis arrests, telling the local publication Indy Week during her mayoral campaign last year that there were likely better ways of dealing with marijuana possession than sending people to jail. Asked how she would improve police relations with the city’s black community, then-candidate Baldwin questioned Raleigh’s existing approach.

“You get kids busted for a little bit of marijuana, where we’re sending people to jail for something that is legal in other parts of the country,” she said. “Is that really how we should be policing? Are there ways that we can help kids, help young people, instead of just busting them? What are we doing to facilitate conversations in the community between the police? We have a great police department. At the same time, I know that there’s opportunity for improvement.”

Baldwin stopped short, however, of saying she would ask police to end such arrests.

“That’s where I would need feedback from the police chief,” she said.

Legalization advocates said they didn’t want to judge Baldwin for having what may have been cannabis as depicted in the tweet, which was first noted by The Daily Dot. But they hoped it would be a lesson to the mayor about the importance of treating everyone equally under the law.

“Some mayors consume cannabis just like many of their constituents,” Justin Strekal, political director for NORML, told Marijuana Moment. “Hopefully this tweet will represent a teachable moment and Mayor Baldwin will immediately direct law enforcement to halt marijuana related arrests and be an advocate to legalize it at the state level.”