“The IRS identified the Medical Marijuana organizations for further scrutiny because of concerns that they were engaging in activities that were not permissible under tax-exempt law,” the Treasury Inspector General for Tax Administration (TIGTA) said in a review released Thursday. “Specifically, some States were legalizing the use of medical marijuana, but it was illegal under Federal law so the organizations did not meet the requirements for Federal tax exemption.”

But many of the organizations that applied for IRS tax-exempt status focus on education around cannabis policy issues and aren’t actively involved in touching the plant. Nonetheless, because of internal Be On the Look Out (BOLO) alerts that agency officials sent, some of those organization’s applications were unnecessarily delayed, and they were asked to answer inappropriate questions. 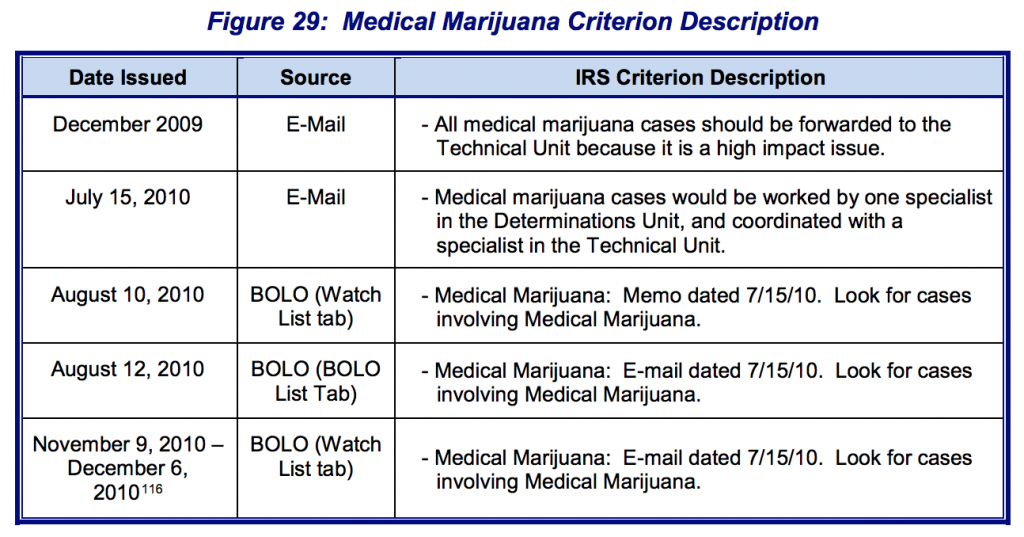 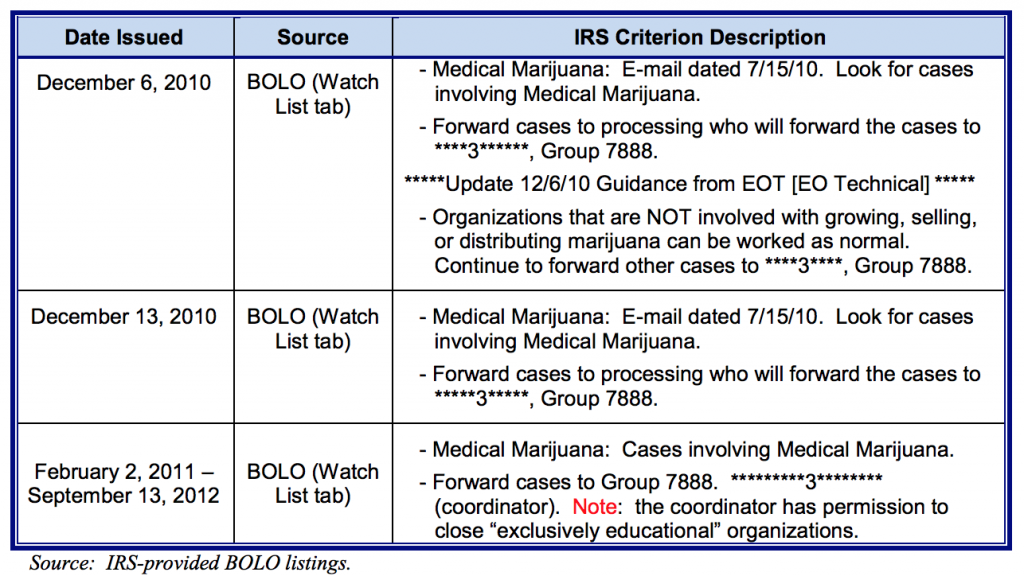 “All of the Medical Marijuana cases took longer than average to process compared to the IRS’s overall average for non-merit cases in each fiscal year,” the review found. “We determined that all 10 organizations whose applications we confirmed were processed based on the Medical Marijuana criterion received letters requesting additional information to complete processing of their application. We reviewed these additional request letters and determined that four of the organizations received a request for information that TIGTA had concluded was unnecessary for processing political advocacy cases in our prior review.”

All of the heightened marijuana scrutiny flagged in the document occurred during the Obama administration.

The new report also looks at other keywords for which IRS officials flagged applications, including green energy, healthcare legislation, occupy and progressive. It is a followup to an early review that stemmed from revelations that the IRS had unfairly targeted conservative-leaning groups’ applications for heightened scrutiny.

The development was first reported by the Washington Post, which obtained a draft of the report ahead of its official release.

The existence of the IRS’s internal flag on medical marijuana-related applications was first revealed as part of documents that Congressional Democrats obtained and released in 2013.