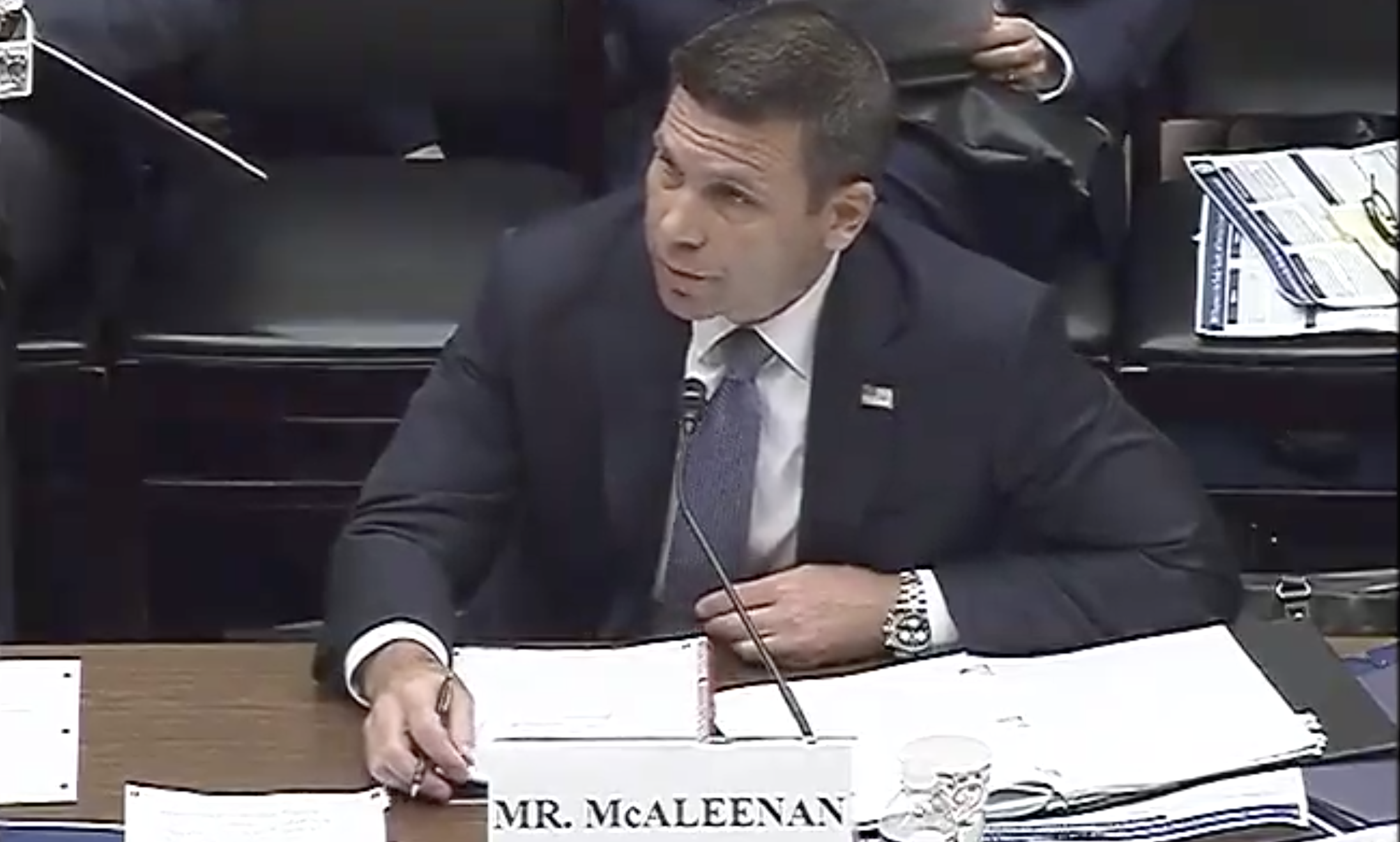 The head of the Department of Homeland Security (DHS) evaded a congressman’s question on Thursday about whether an immigrant’s prior conviction for simple marijuana possession should be grounds for family separation.

During a hearing before the House Oversight and Reform Committee, Rep. Jamie Raskin (D-MD) asked Acting Homeland Security Secretary Kevin McAleenan about DHS policy on immigrant child separation, which the lawmaker said has “shocked the conscience of our nation.”

Raskin said that while DHS has maintained that separations only occur under extreme circumstances, he wanted to understand the breadth of the agency’s enforcement policy as it concerns criminal history.

“Mr. Secretary, does a parent’s prior charge for marijuana possession justify taking his or her child away?” he asked.

McAleenan didn’t directly answer the question and instead argued that such separations are “rare” and that the process is “carefully governed, by policy and by court order.” Criminal history, medical emergencies and abuse or neglect are factors that DHS would consider grounds for separating families, he said.

When asked if a marijuana charge justifies separating a child from his or her parents, acting DHS chief says "criminal history is a factor." https://t.co/kZlFmBeePl pic.twitter.com/UK8yroL6KV

“This is in the interest of the child,” he said. “It’s carefully governed. It’s overseen by a supervisor and those decisions are made. Criminal history, yes, is a factor if there’s an extraditable warrant or prosecution for another offense.”

The congressman repeated his question, asking specifically whether a cannabis possession charge “justifies taking children away from their parents.”

“It depends on the totality of the individual case,” McAleenan said.

The secretary declined to answer directly and said he’d “have to look at the kind of case in reference.”

Lawmakers have increasingly focused on overlap between federal marijuana and immigration policies this Congress. For example, Sen. Cory Booker (D-NJ) filed a bill last month that would prevent immigrants from being deported solely due to a cannabis offense.

After after the U.S. Citizenship and Immigration Services issued a memo in April stating that immigrants who work in a state-legal marijuana industry can have their naturalization applications denied because the behavior indicates they don’t have “good moral character,” there have been repeated calls to end that practice.