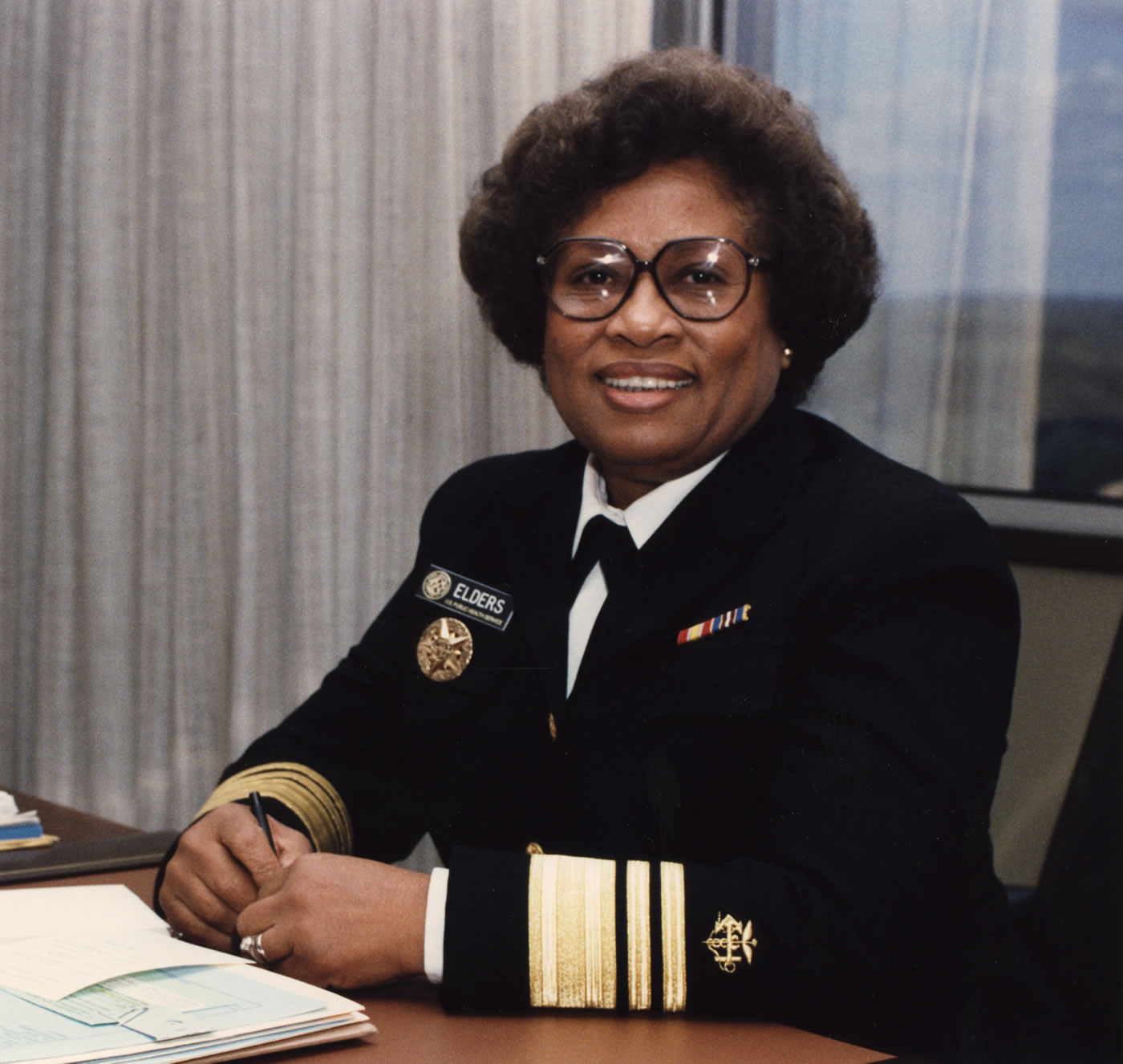 A physician who once served at the U.S.’s top medical official is speaking out for the legalization of marijuana, saying that mere decriminalization is not good enough.

“The war on marijuana exacerbates poverty, which is strongly correlated with— among other problems—reduced access to health care. The unjust prohibition of marijuana has done more damage to public health than has marijuana itself,” Dr. Joycelyn Elders, who served as U.S. surgeon general during the Clinton administration, wrote in a new article in the November issue of the American Journal of Public Health.

“Times are changing. In 2017, even physicians who oppose legalization generally believe that marijuana should be decriminalized, reducing penalties for users while keeping the drug illegal,” she wrote. “Although decriminalization is certainly a step in the right direction, [it is] an inadequate substitute for legalization and regulation for a number of reasons.”

Elders co-authored the new piece with Dr. David L. Nathan and H. Westley Clark, a former director of the Center for Substance Abuse Treatment at the Substance Abuse and Mental Health Services Administration. Together, they are members of the advocacy group Doctors for Cannabis Regulation.

“Decriminalization does not empower the government to regulate product labeling and purity, which leaves marijuana vulnerable to contamination and adulteration,” the doctors wrote. “This also renders consumers unable to judge the potency of marijuana, which is like drinking alcohol without knowing its strength. More- over, where marijuana is merely decriminalized, the point of sale remains in the hands of drug dealers, who will sell marijuana— as well as more dangerous drugs—to children.”

This isn’t the first time Elders has spoken up about marijuana and drug law reform.

In 1993, while serving as surgeon general, she advocated that the country should seriously consider legalizing drugs. “I do feel we’d markedly reduce our crime rate if drugs were legalized,” she said. “I don’t know all the ramifications, but I do feel we need to do some studies.”

While acknowledging that state legalization “has not been perfect,” Elders and her coauthors ague that “it is far better than the prohibition it replaced, and the worst fears of opponents have not materialized.”

They also point out that decriminalization polices don’t actually fully protect consumers from criminal sanctions and other consequences.

“Contrary to popular belief, decriminalization does not actually end the arrests of marijuana users,” they wrote. “Despite New York State decriminalizing marijuana in the 1970s, New York City makes tens of thousands of marijuana possession arrests every year, with continuing racial disparities in enforcement. Finally, under a decriminalized system, the government prosecutes marijuana growers and sellers, thus constricting the supply chain. This drives up the price of marijuana, making the untaxed illegal product more lucrative, the market for it more competitive and violent, and purchasing it more dangerous.”