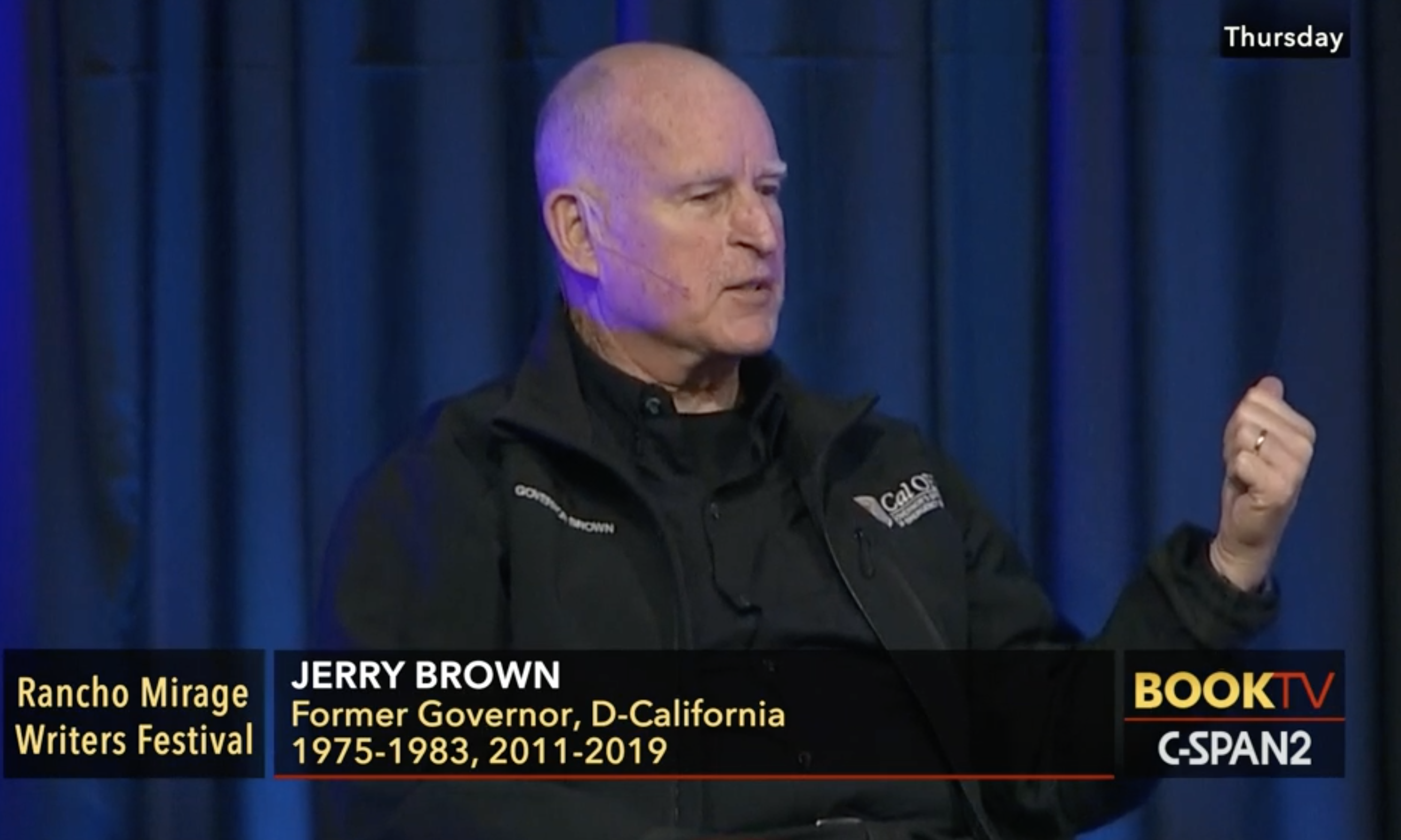 Former California Gov. Jerry Brown (D) is holding strong to his often-expressed negative view about marijuana consumers, saying in a new interview that they are lazy and that legalization is “purely for pleasure.”

Just a month after leaving office, Brown sat down with New York Times columnist Maureen Dowd at a writers festival and made a series of dismissive remarks about cannabis and the people who use it.

Brown was reluctant to embrace legalization because the notion of ending marijuana prohibition gave him a “vision” of “America all just sitting back there and taking a drag,” he said, pantomiming someone slumping in their chair. He compared that to the work ethic of Chinese contractors he saw burning the midnight oil to erect a building during a trip to that country.

“I was over there in China and I looked out the window. It’s 12 o’clock at night and these people are all working on the scaffolds up 20 or 30 stories on a building. They never stopped,” he said. “I said, ‘well my god—the Americans would all be stoned by this time.'”

“I thought we needed a little more focus on the task at hand,” he said.

Then Dowd, who herself earned the ire of reform advocates after publishing a column about her personal experiment with a cannabis edible in Colorado, asked whether Brown’s views had changed in light of the implementation of a legalization measure California voters approved in 2016.

He said that it’s too early to say whether the policy has been a success, and that lower-than-expected revenue from cannabis sales was entirely expected.

“We knew there wasn’t going to be any money. This is purely for pleasure,” he said.

“Legalizing pot is about getting stoned—nothing else, nothing more,” Brown claimed, ignoring advocates’ arguments about public safety and racial justice, among other reasons to support legalization.

While Brown conceded that marijuana “maybe” has some therapeutic value, he played them down, saying that there are “a couple little diseases that get help with marijuana, but not too many.”

This is far from the first time that the former governor has pilloried what he calls “potheads.” He voiced similar concerns about worker productivity in the era of legalization in 2014. In the competitive environment we exist in, “we need to stay alert, if not 24 hours a day, more than some of the potheads might be able to put together,” he said.

And he wondered out loud, “how many people can get stoned and still have a great state or a great nation?”

More recently, Brown said America was at a crossroads and we “either do nothing and smoke marijuana because it’s legalized, or we put our shoulder to the plow and do everything we can.”

For reform advocates, Brown’s replacement in the state capitol is a welcome change. Gov. Gavin Newsom (D) is an outspoken supporter of marijuana legalization and, while he’s also tried to temper expectations about the economic benefits of a legal cannabis market, he certainly doesn’t consider ending prohibition a singularly recreational endeavor.

“Our purpose is social justice,” he said months before California voters approved an adult-use legalization measure. Establishing a legal marijuana system is part of a plan “to right the wrong of the abject failure which is our war on drugs in the United States of America.”

Nebraska Could Vote On This Medical Marijuana Ballot Measure In 2020