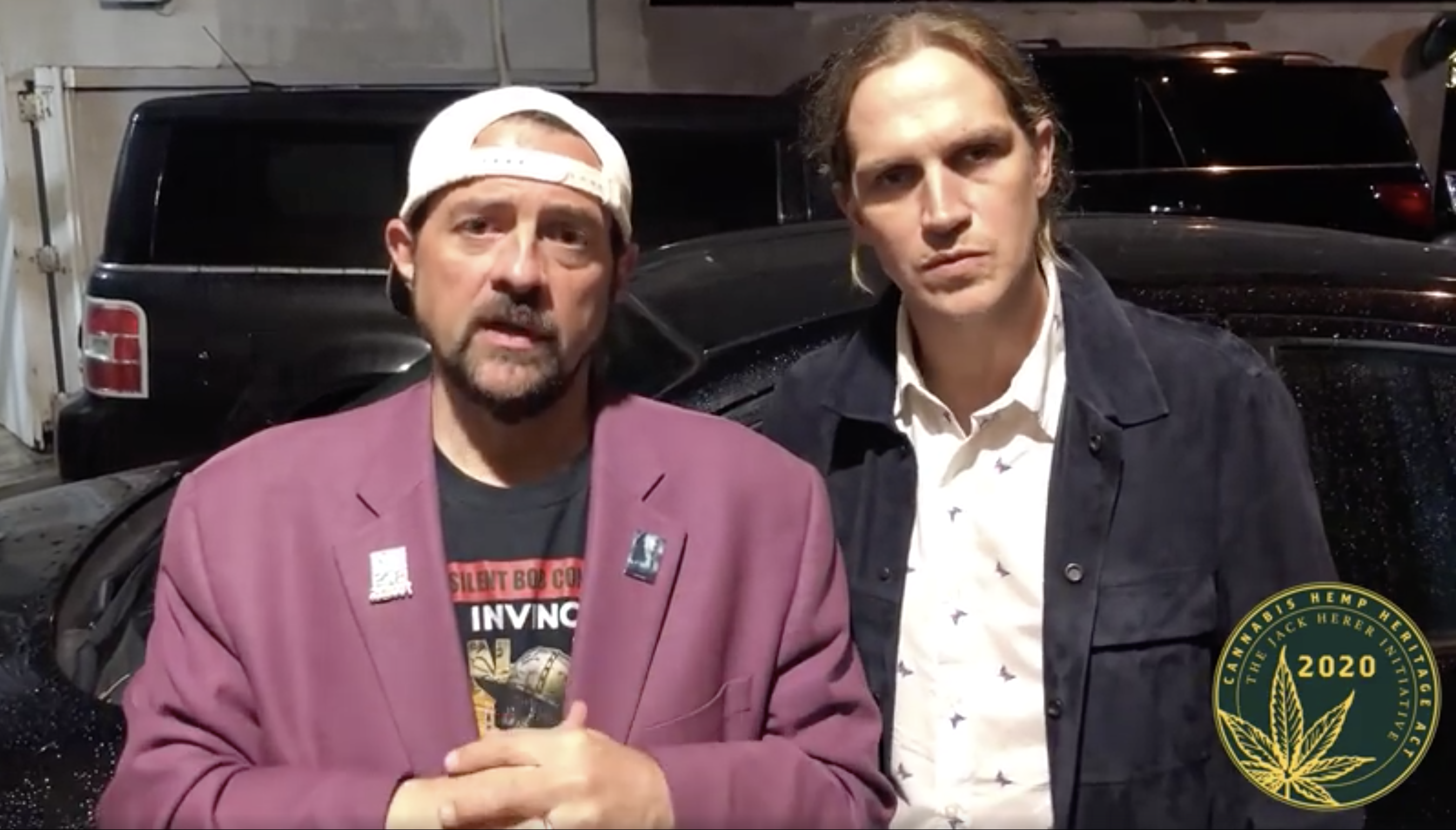 As the coronavirus outbreak continues to spread, filmmaker Kevin Smith and actor Jason Mewes are asking California officials to allow digital signature gathering for a marijuana initiative that a campaign is hoping to qualify for the November ballot.

The initiative, called the “California Cannabis Hemp Heritage Act,” seeks to improve access to cannabis in the state by changing licensing and tax policies under the existing regulatory model. Various similar measures have been introduced by the organizers behind the effort over the years, though none have been successful.

Smith and Mewes, of “Jay and Silent Bob” fame, published a video on Facebook on Saturday, imploring the state government to temporarily revise the signature gathering process to allow petitions to be signed online, rather than in person.

While the voter approval of Proposition 64 in 2016 legalized marijuana for adult-use, Smith argued that “it has kind of rolled back some of the rights and the access the people had to the plant prior to that” when only medical cannabis was allowed.

“In legalizing weed recreationally, it kind of took a step back and now there are people that don’t have access to it,” Smith, whose pilot for a cannabis-themed web series “Hollyweed” aired last year but wasn’t picked up, said. “Worse, there are some people being criminalized again.”

The pair argued that the initiative they’re supporting would resolve those problems. Among other things, the measure would impose a 10 percent cap on the excise tax for marijuana sales, eliminate the tax for medical cannabis and require 50 percent of tax revenue to go toward the development and promotion of the industry.

However, “with the coronavirus striking, that means that our canvassers are not going to be able to get out and get signatures anymore.”

“So what we’re asking—please, the state—will you this one time accept digital signatures?” Smith said. “Being that we are in the middle of a pandemic and that it would be irresponsible to send people out to get signatures, will digital signatures be enough?”

“We hear many complaints about lack of affordable access by medical patients,” Dale Gieringer of California NORML told Marijuana Moment. “Free samples and giveaways to needy patients are hard to come by. I don’t know any consumers who think the post-64 regime is preferable from the standpoint of product choice, cost, or access.”

However, this particular campaign hasn’t been taken very seriously by the broader reform community, which has cast doubts that its signature gathering drive would be successful regardless of the current health crisis. The campaign has tried multiple times to qualify for the ballot, yet the results have been fruitless.

Even so, their request for an alternative signature gathering process under the coronavirus pandemic is shared by other drug reform campaigns.

For example, Washington, D.C. activists working on a measure to decriminalize psychedelics recently sent a letter to the mayor and local lawmakers, urging them to accept online signatures given that it would put the public and petitioners at risk if they had to collect them in person.

It remains to be seen whether legislators in D.C. or California would be willing to make the adjustment, but there are growing concerns about how the coronavirus may impact elections across the country.

“The implementation of such measures would be unprecedented; however, this is the farthest the Jack Herer campaign has ever come,” the Facebook post with the Smith and Mewes video states. ” Even if we were to meet our funding goals, at this stage it is now impossible for people to collect signatures.”