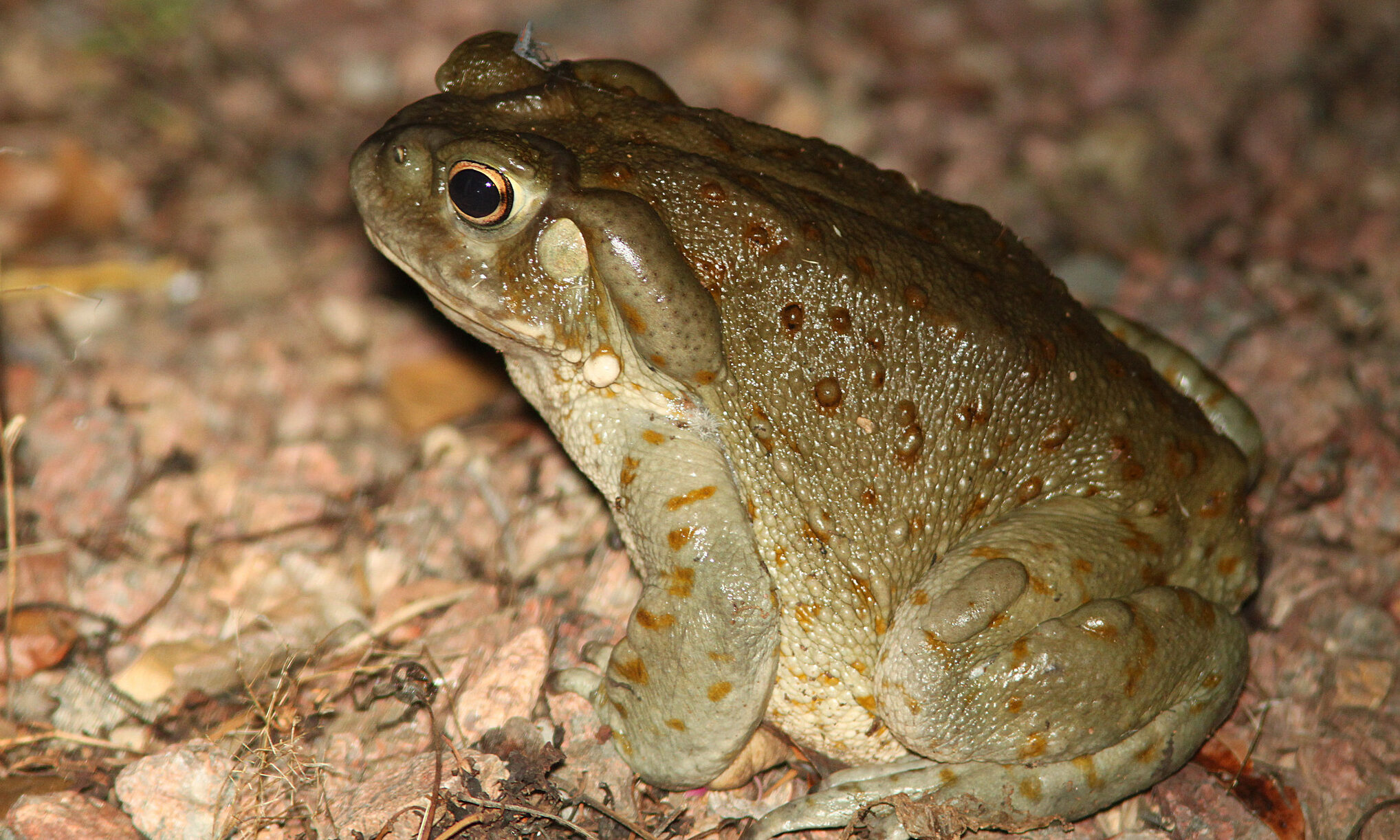 The National Park Service (NPS) is cautioning people not to lick toads that secrete an alkaloid that produces psychedelic-like effects in humans.

It’s not clear if there’s been a recent surge in trippy toad-licking, but the trend is evidently common enough that the federal agency felt it warranted a warning last week. NPS said in a Facebook post on Halloween that it’s a “toad-ally terrifying” practice.

There are several species of toads that secrete psychoactive compounds, but one of the most well-known is Bufo alvarius—commonly called the Sonoran desert toad or Colorado River toad—which NPS said is among “the largest toads found in North America, measuring nearly 7 inches.” It makes a distinctive “weak, low-pitched toot, lasting less than a second.”

But it’s perhaps better known for producing 5-MeO-DMT and another DMT-derivative, bufotenin, which are released in glands behind the toad’s eyes. For some animals, the substances can be fatal when ingested. But as humans came to learn, it can also create a psychedelic experience.

“It can make you sick if you handle the frog or get the poison in your mouth,” NPS said. “As we say with most things you come across in a national park, whether it be a banana slug, unfamiliar mushroom, or a large toad with glowing eyes in the dead of night, please refrain from licking.”

The agency didn’t explicitly acknowledge why people might be licking the toads, but it’s implied that NPS understands the psychedelic appeal. In any case, the message is generally well-taken that harassing frogs for a high is unadvisable.

Not everyone licks the toads directly; some will extract the DMT alkaloids and vaporize them, for example.

But even some advocates who have pushed to decriminalize 5-MeO-DMT say people shouldn’t source it from the toad. The psychedelic compounds can be found in certain plants and mushrooms, or it can be created synthetically.

Due in part to the popularity of its psychedelic secretions, the Sonoran desert toad is considered a threatened species in several states like California where it is indigenous.

Curiosity about the toads and DMT experience has been piqued in recent years since high-profile celebrities and influencers like Mike Tyson and Joe Rogan have discussed their use of the psychedelic. But activists-led efforts to decriminalize psychedelics have also likely contributed to the intrigue.

Like many psychedelics, there’s a body of scientific literature demonstrating that DMT holds therapeutic potential in the treatment of conditions like severe depression and addiction.

But despite those benefits and the general allure of the brief but intense trip associated with the toad secretions, the message from the federal park service and many reform advocates is aligned: leave the toads alone.

No, Schumer Is Not Seeking To Legalize Marijuana Use And Sales On Amtrak