Research-grade marijuana that’s supplied by the only federally authorized cultivation site in the United States is genetically closer to hemp than cannabis varieties sold at dispensaries in legal states, according to a new study.

The revelation raises questions about how applicable the results of research using the government marijuana really are to understanding the effects of products that consuming are actually using.

Previous studies have demonstrated that marijuana that’s grown at the University of Mississippi, with funding from the National Institutes On Drug Abuse (NIDA), has lower levels of THC and CBD compared to commercial cannabis products. But researchers at the University of Northern Colorado wanted to learn specifically about their genetic variance.

The study, which was made available as a preprint on bioRxiv, looked at 49 different cannabis samples, including hemp and NIDA-supplied marijuana, as well as various indica, sativa and hybrid strains sold in the commercial market. When the samples were genetically analyzed, the researchers were surprised to find just how different NIDA’s marijuana is from the cannabis most people are consuming.

As has already been established, marijuana and hemp proved to be genetically distinct. But interestingly, research-grade cannabis from NIDA shared a closer “genetic affinity with hemp samples in most analyses” than with commercially available marijuana, the study authors wrote. 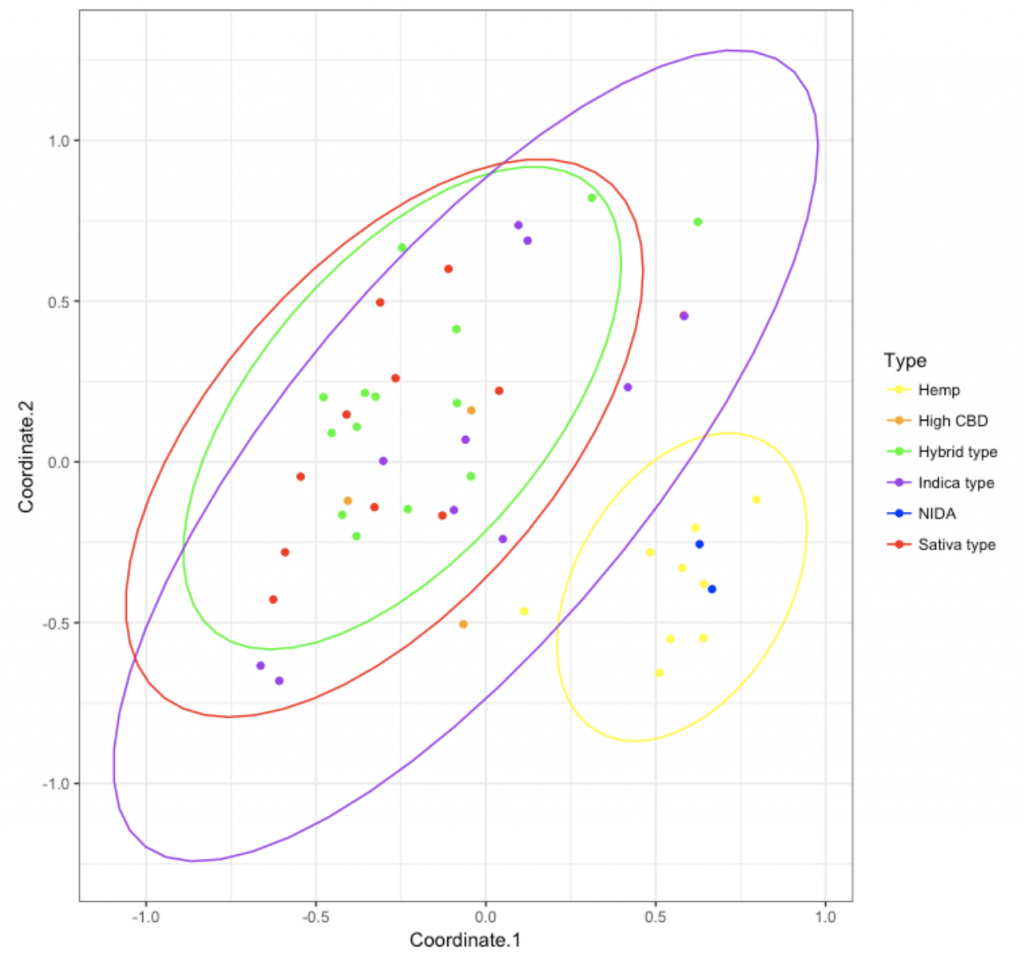 “Our genetic investigation adds to this previous research, indicating that the genetic makeup of NIDA Cannabis is also distinctive from commercially available medical and recreational Cannabis,” they wrote. “To our knowledge, this is the first genetic study to include research-grade marijuana from NIDA, and its placement with hemp samples was unexpected.”

The findings raise concerns about the results of federally approved marijuana research that has relied on the NIDA supply. If the research concerned individual components of cannabis such as THC and CBD, the samples might be useful, but study participants who consume the NIDA varieties may be experiencing different effects than patients and consumers that get their marijuana from dispensaries.

“As the interest for medical Cannabis increases, it is important that research examining the threats and benefits of Cannabis use accurately reflect the experiences of the general public,” the researchers wrote.

Advocates, scientists and lawmakers have already been urging the Justice Department to expand the number of federally authorized marijuana manufacturing facilities, arguing that the limited supply and diversity of cannabis varieties available from the government’s current sole source is hindering research, but the approval process has been slow-moving.

Whether it will speed up under new Attorney General William Barr is yet to be determined, but he has voiced support for such expansion and said in January that he would “review the matter and take appropriate steps.”