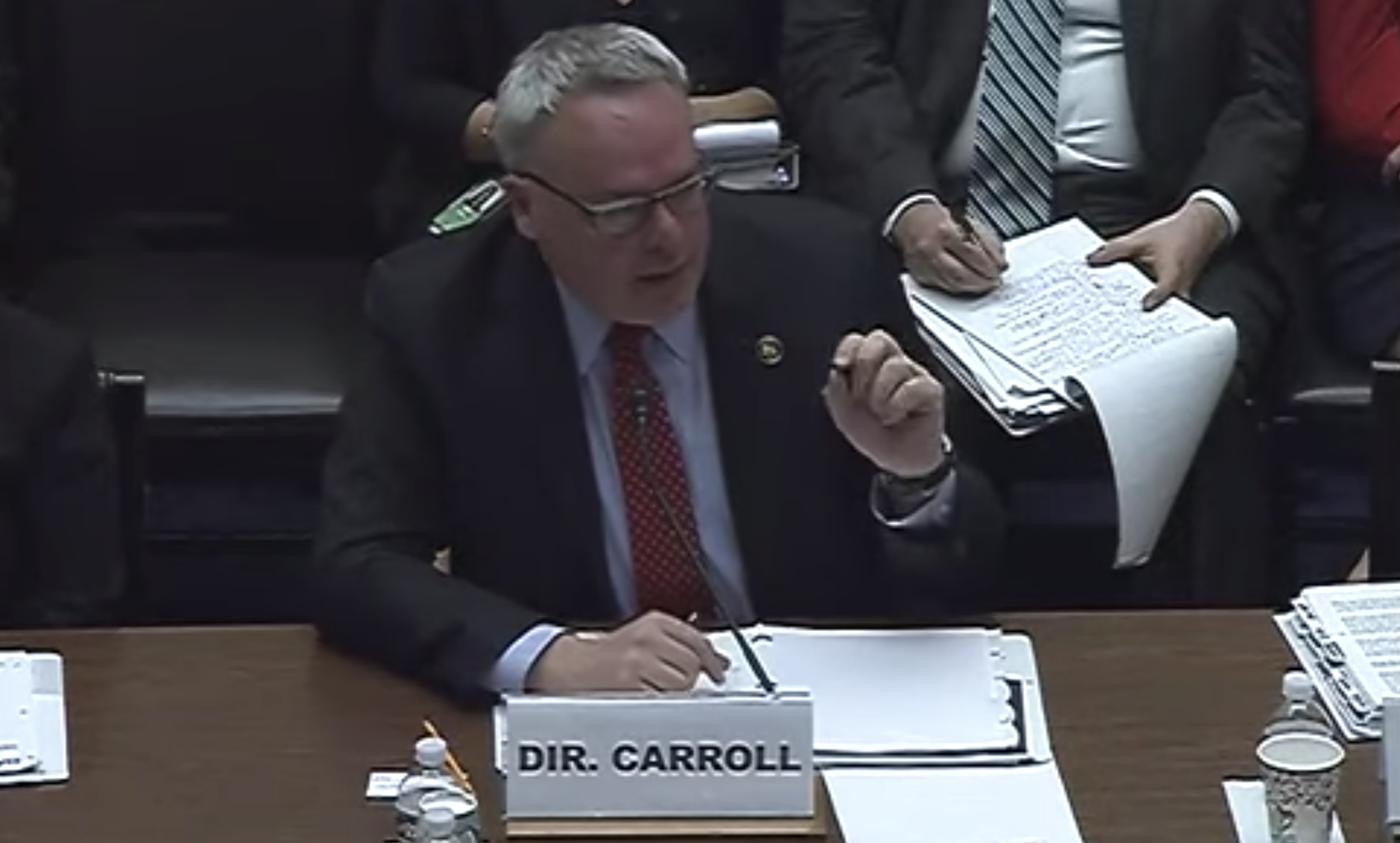 The head of the White House’s drug policy office was asked about marijuana, CBD and racial inequities in treatment access during a congressional appearance on Thursday.

Rep. Jim Jorden (R-OH) kicked off the cannabis questioning during the House Committee on Oversight and Reform hearing on the opioid crisis by asking both Office of National Drug Control Policy (ONDCP) Director James Carroll and a Florida sheriff about their positions on “liberalizing marijuana laws” in the country.

The sheriff flatly said he was “1,000 percent” against it and peddled a gateway drug theory, claiming that parents have told him that their children were referred to other drug dealers after seeking out cannabis and began taking “coke and heroin and other things.” Carroll’s response was only somewhat less alarmist.

“What we’ve seen is that the marijuana we have today is nothing like what it was when I was a kid, when I was in high school,” he said. “Back then the THC, the ingredient in marijuana that makes you high, was in the teens in terms of the percentage. Now what we’re seeing is twice that, three times that, in the plant.”

He added that edible marijuana can have THC levels as high as 90 percent and said that, at this point, the government doesn’t understand how such products impact health.

“We’re doing more research,” he said. “[The Drug Enforcement Administration] is working hard, [the Department of Health and Human Services] is working hard, to make sure that we understand the impact of legalization of marijuana on the body.”

The congressman, who is a former Kentucky agriculture commissioner and champion of hemp legalization, said that he’s been increasingly interested in exploring alternative pain management options to offset opioid prescriptions. After discussing his state’s hemp market, which he said was “really booming” as an “emerging industry,” he mentioned that CBD oil derived from the plant has particular potential.

The oil is “non-THC, so we’re not talking marijuana, we’re talking about hemp,” he said. “Non-THC CBD oil for treatment of minor pain like inflammation and other forms of minor pain.”

“This seems to be really making a difference. We also, in my research, my staff, we’ve listened to physical therapists, chiropractors, other forms of alternative forms of pain treatment,” he said, asking Carroll whether he had any thoughts about moving forward with such alternative therapies.

Carroll declined to directly weigh in on CBD’s therapeutic potential but said “that’s something, again, I think HHS is going to regulate to make sure we understand the health impact of it.”

Finally, Rep. Alexandria Ocasio-Cortez (D-NY) addressed the director more broadly about racial disparities in the enforcement of drug laws and access to treatment services, noting that while much of the country and Congress is focused on opioids, some regions in the U.S. are experiencing increased addiction to other substances such as methamphetamine.

“Our country unfortunately has a history of racial inequity when it comes to how we pursue either enforcement or treatment, depending on the type of drug,” she said. “I was wondering if you agree that one of our goals should be to increase treatment for all drug addiction, including addiction to methamphetamines, cocaine and other drugs in addition to opioids.”

Carroll agreed with the congresswoman, saying that while opioids are especially problematic, the country is experiencing an “addiction crisis” and “we have to treat people as we find them.”