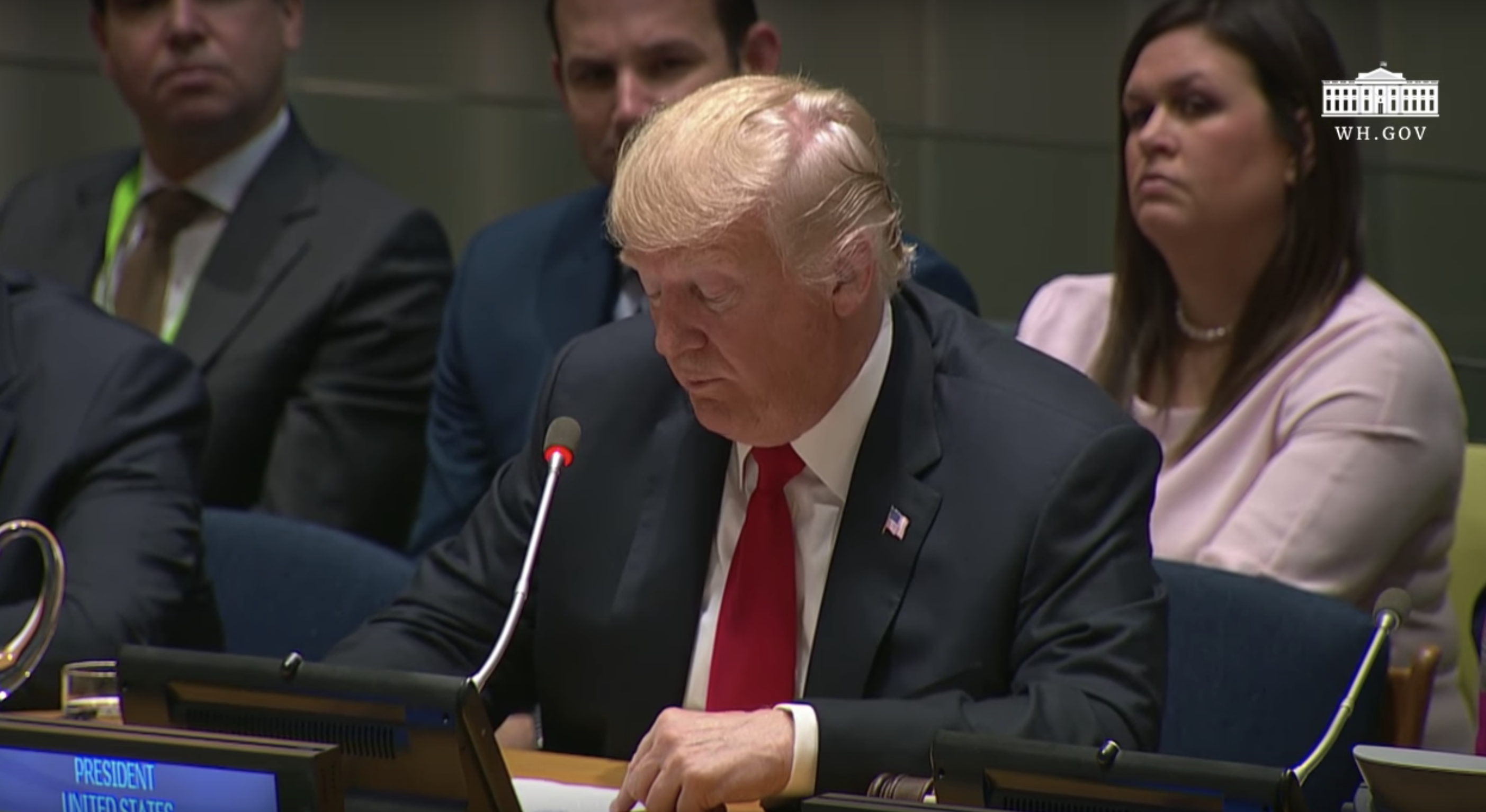 Spelling and grammar matter, especially when it comes to international policy decision-making.

Yet, again, we find ourselves asking: does President Donald Trump want to rid the world of chocolate or cocaine?

Speaking at a drug policy event outside the 73rd meeting of the United Nations General Assembly on Monday, Trump lamented the “scourge of drug addiction” and said the organization will “commit to fighting the drug epidemic together.”

But when his speech turned to Colombia, whose newly elected president campaigned on stopping cocaine production in the country, Trump made a familiar error.

“We look forward to partnering with his new administration to eradicate cocoa production in his country,” he said. “All of us must work together to dismantle drug production and defeat drug addiction.” [Emphasis added].

Now, according to the White House transcript, the president was supposed to call for the eradication of coca, the base plant used to make cocaine.

But this isn’t the first time he’s mispronounced the name of the plant. Last year, he appeared at a joint press conference with Colombia’s former president, Juan Manuel Santos, and said “cocoa cultivation and cocaine production reached a record high” in the country.

Of course, it’s seriously unlikely that the president truly intends to clamp down on cocoa production. After all, where would he find more “beautiful” slices of chocolate cake like the one he had before ordering an airstrike in Syria last year?

Trump talks about the "beautiful" chocolate cake he and President Xi were eating when he launched the Syria airstrike pic.twitter.com/xZaC0OGBan

Willie Nelson Wants To Smoke Marijuana With Trump And Putin

Are Police Breaking The Law To Campaign Against Marijuana Legalization?