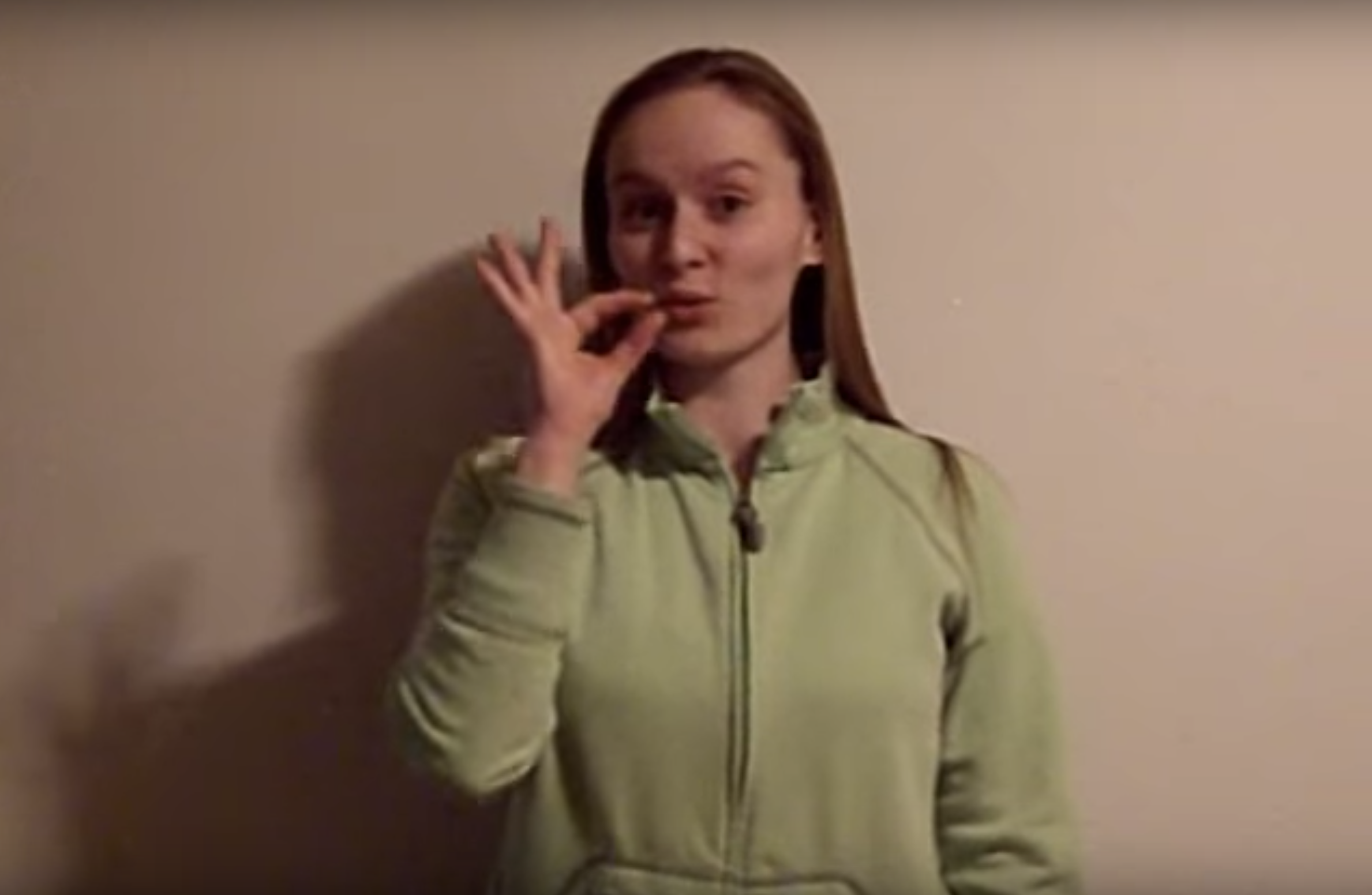 There were a lot of hard-hitting issues covered in the New York Democratic debate between incumbent Democratic Gov. Andrew Cuomo and primary challenger Cynthia Nixon on Wednesday night.

But for some astute viewers, the debate also served as a lesson in American Sign Language (ASL). Naturally, we’re talking about how to sign “marijuana.”

As the two candidates faced off—making their case to voters about who would be better suited to represent the state ahead of the September 13 primary election—the subject of cannabis reform reared its head. And, in turn, that subject was translated into ASL.

Take this clip, for example.

DEBATE PREVIEW – #CynthiaNixon shares her priorities for New York legalizing #marijuana as a multi-billion industry which she says has harmed communities in the War on Drugs. https://t.co/MNlFqtiOpN #HofstraVotes #CBSNewYork pic.twitter.com/D4I8WoGbTI

“And what I would say is that we’re not talking about children smoking marijuana, right?” Nixon said of her cannabis policy platform. “We’re talking about adults, and we’re talking about that, effectively, marijuana in New York State has been legal for white people for a long time—and it’s time to make it legal for everybody else.”

The ASL interpreter became a hit on social media for her marijuana interpretation.

i’m loling everytine the interpreter signs “marijuana” in this debate

I love that marijuana in sign language is just pretending to smoke an invisible joint. https://t.co/cljVMCYCd5

In case you didn’t catch it from the debate, here’s an instructive video of how to sign “marijuana” in ASL.

In all seriousness, though, the debate captured another significant moment in the marijuana legalization movement. Cuomo may be the favorite to win the gubernatorial race, but observers have honed in on the governor’s abrupt evolution on cannabis policy in the months since his pro-legalization opponent has started to gained ground.

Some have wondered whether it was really a coincidence that Cuomo, who previously described cannabis as a “gateway drug,” announced the results of a New York Department of Health study on the impacts of marijuana legalization in the heat of Nixon’s challenge.

For the record, that study decisively found that the pros of legalization outweigh the cons, and the Cuomo administration has since formed a working group to draft legislation for adult-use marijuana in New York.

The governor reaffirmed his support for the department’s findings during Wednesday’s debate, also revealing that he “experimented” with marijuana during college. However, he also faced criticism over his stance on the use of revenue from a legal marijuana program.

"I don’t think racial injustice starts with marijuana,” Cuomo says. Adds: "I think legalizing marijuana, I had a report that says it makes sense… I do believe the benefits outweigh the risks." pic.twitter.com/AesHQjuUSh

Big difference btwn Cuomo & Nixon on marijuana legalization. She says she will use tax dollars to repair harms of drug war — he won’t.

It’s not enough to legalize pot, communities of color demand a piece of the revenue too. #NYGovDebate

#NYGovDebate Cuomo said racist injustice doesn't begin with marijuana but it's been a pretext for SO MUCH of the police's abuse of people of color.

The debate about cannabis will continue, with contenders from all sides vying for the pro-legalization vote. But in the meantime, at least you know how to sign “marijuana.”

Lawmakers In US Territory Send Marijuana Legalization Bill To Governor