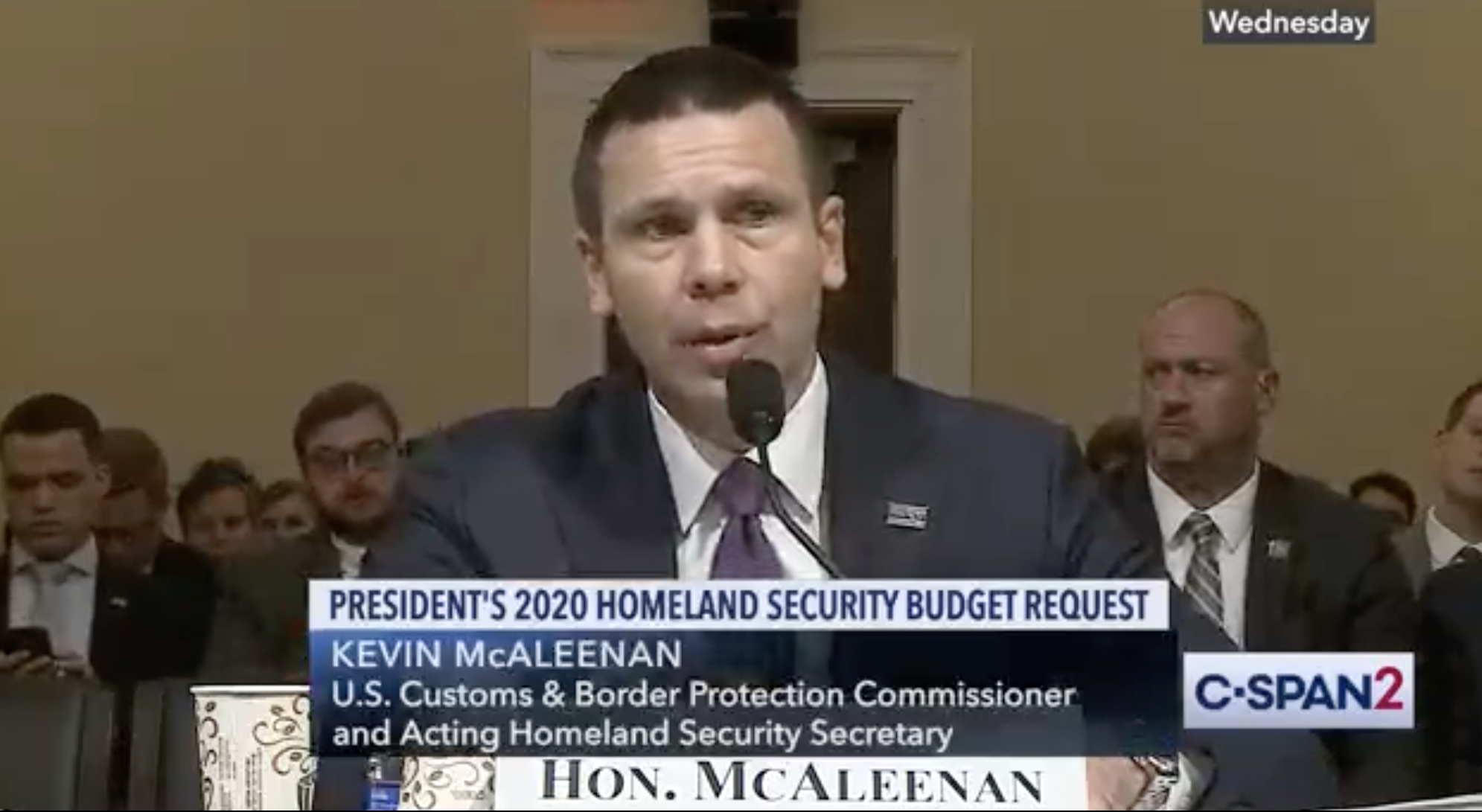 A Nevada congresswoman challenged the acting head of the U.S. Department of Homeland Security (DHS) on Thursday over a recent memo explaining that immigrants who work at state-legal marijuana businesses may be ineligible for citizenship.

Rep. Dina Titus (D-NV) argued during a hearing of the House Homeland Security Committee that the cannabis industry is tightly regulated, meaning that employees must generally meet higher standards than in most other businesses. It’s therefore questionable, she said, that DHS regards naturalization applicants who’ve worked in the legal marijuana market as having insufficient “good moral character”  for approval.

“If we use that term, there may be some people involved in legal political activities that lack ‘good moral character’ based on some of our judgement,” she said.

DHS Acting Secretary Kevin McAleenan, who also serves as the commissioner of Customers and Border Protection, told Titus that he’s “actually not familiar with that decision process,” referring to the memo released by U.S. Citizenship and Immigration Services (USCIS) last month. “But I can certainly look into it and get back to you.”

“Obviously there’s a difference of viewpoint in the enforcement of marijuana laws between the federal and some of the emerging state jurisdictions,” McAleenan said. “But it’s something that I’ll look at.”

Lawmakers are already moving forward with legislative attempts to reform federal policies as they apply to immigrants, visitors and cannabis.

For example, the House Judiciary Committee approved immigration legislation on Wednesday that includes provisions protecting immigrants who were brought to the U.S. as children and who engaged in cannabis-related activities made legal in the state where they took place from being denied permanent resident status.

A bill filed by Rep. Earl Blumenauer (D-OR) earlier this month aims to resolve problems visitors coming from countries that have legalized cannabis may face when attempting to enter the U.S. The legislation would make it so visitors from Canada who work in the country’s legal marijuana market, for example, wouldn’t be barred from entry.