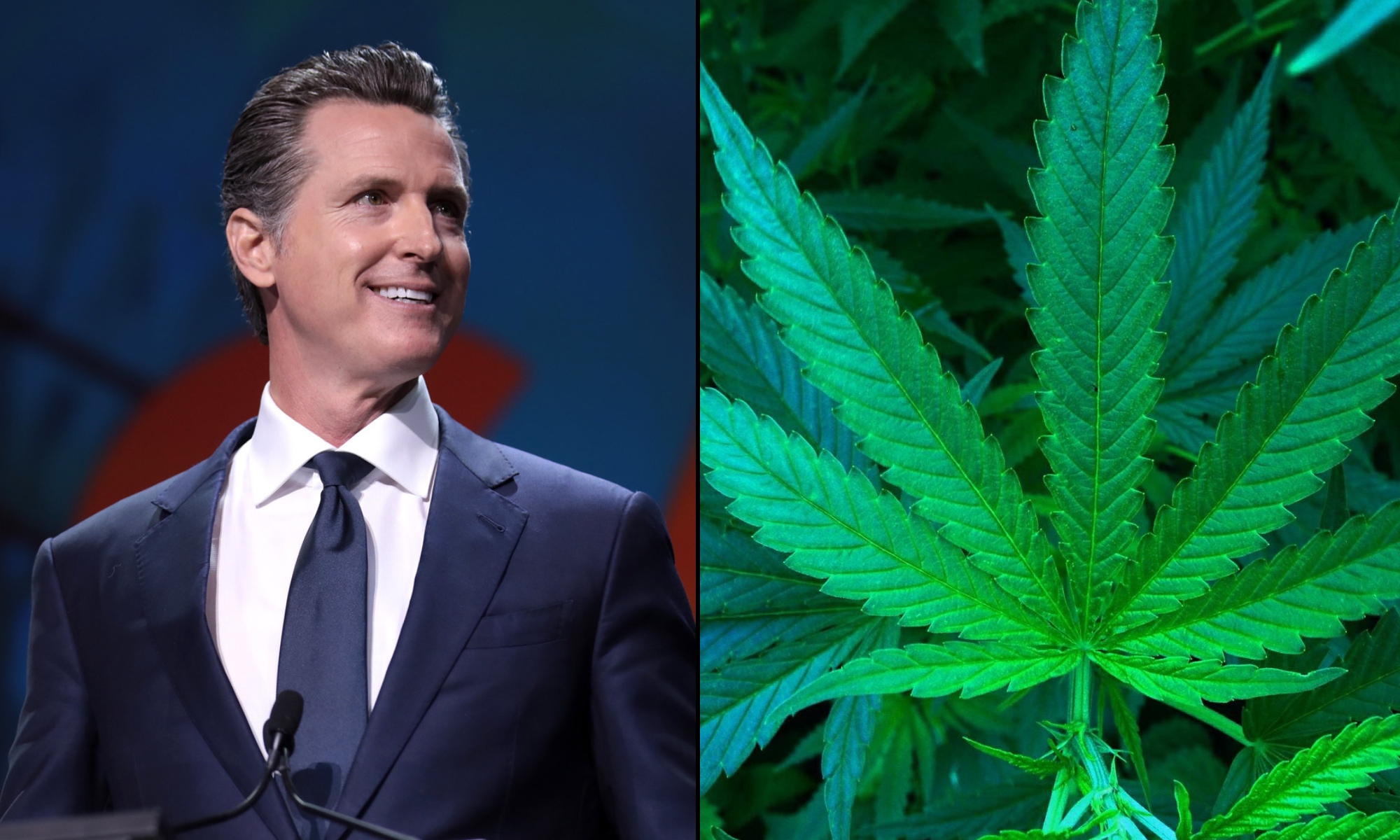 California Gov. Gavin Newsom (D) signed a handful of marijuana bills into law on Tuesday, making a series of small adjustments to the nation’s largest legal cannabis system. More sweeping proposals such as overhauling the state’s marijuana regulatory structure will have to wait until next year, the governor said.

Among the biggest of the new changes are revisions to banking and advertising laws. With many legal marijuana businesses are still unable to access financial services, Newsom signed a bill (AB 1525) to remove state penalties against banks that work with cannabis clients.

“This bill has the potential to increase the provisions of financial services to the legal cannabis industry,” Newsom wrote in a signing statement, “and for that reason, I support it.”

Democrats in Congress, meanwhile, have been working for months to remove obstacles to these businesses’ access to financial services at the federal level. A coronavirus relief bill released by House Democratic leaders on Monday is the latest piece of legislation to include marijuana banking protections. Past efforts to include such provisions have been scuttled by Senate Republicans.

In his signing statement on the banking bill, Newsom directed state cannabis regulators to establish rules meant to protect the privacy of marijuana businesses that seek financial services, urging that data be kept confidential and is used only “for the provision of financial services to support licensees.”

Another bill (SB 67) the governor signed on Tuesday will finally establish a cannabis appellation program, meant to indicate where marijuana is grown and how that might influence its character. The system is similar to how wine regions are regulated.

Under the new law, growers and processors under the new law will be forbidden from using the name of a city or other designated region in product marketing unless all of that product’s cannabis is grown in that region. Similar protections already apply at the county level.

For outdoor growers, the new law recognizes the importance of terrior—the unique combination of soil, sun and other environmental factors that can influence the character of a cannabis plant. For indoor growers, it provides a way to represent a hometown or cash in on regional cachet.

Most of the other new changes that the governor signed into law are relatively minor and will likely go unnoticed by consumers. One, for example, builds in more wiggle room on the amount of THC in edibles (AB 1458), while another would allow state-licensed cannabis testing labs to provide services to law enforcement (SB 1244).

The bills were approved by state lawmakers earlier this month, as the state’s legislative session drew to a close.

Other pieces of cannabis legislation passed by the legislature this session were met with the governor’s veto. On Tuesday, Newsom rejected a proposal (AB 1470) that would have allowed processors to submit unpackaged products to testing labs, which industry lobbyists said would reduce costs. Currently products must be submitted in their final form, complete with retail packaging. Newsom said the proposal “conflicts with current regulations…that prevent contaminated and unsafe products from entering the retail market.”

“While I support reducing packaging waste, allowing products to be tested not in their final form could result in consumer harm and have a disproportionate impact on small operators,” Newsom said in a veto statement.

Those changes to testing procedures should instead be considered next year, Newsom said, as part of a pending plan to streamline California’s cannabis licensing and regulatory agencies.

“I have directed my administration to consolidate the state regulatory agencies that currently enforce cannabis health and safety standards to pursue all appropriate measures to ease costs and reduce unnecessary packaging,” he wrote. “This proposal should be considered as part of that process.”

Newsom also last week vetoed a bill (AB 545) that would have begun to dissolve the state Bureau of Cannabis Control, which oversees the legal industry. In a statement, the governor called that legislation “premature” given his plans for broader reform.

“My Administration has proposed consolidating the regulatory authority currently divided between three state entities into one single department,” Newsom wrote, “which we hope to achieve next year in partnership with the Legislature.”

Earlier this month, the governor signed into law one of the industry’s top priorities for the year—a measure (AB 1872) that freezes state cannabis cultivation and excise taxes for the entirety of 2021. The law is intended to provide financial stability for cannabis businesses in California, where taxes on marijuana are among the highest in the nation.

The state’s leading marijuana trade group, the California Cannabis Industry Association (CCIA), applauded the governor’s moves. All the bills approved by Newsom this week had the industry group’s support.

“We thank Governor Newsom for prioritizing these bills, which seek to reduce regulatory burdens, improve enforcement, expand financial services and enhance the state’s cannabis appellation’s program,” CCIA Executive Director Lindsay Robinson said in a message to supporters on Wednesday. “Like so many, the cannabis industry has faced a series of unexpected challenges and setbacks in 2020. We look forward to continuing to work with the Newsom Administration, and the Legislature, as we pursue a robust policy agenda in 2021.”